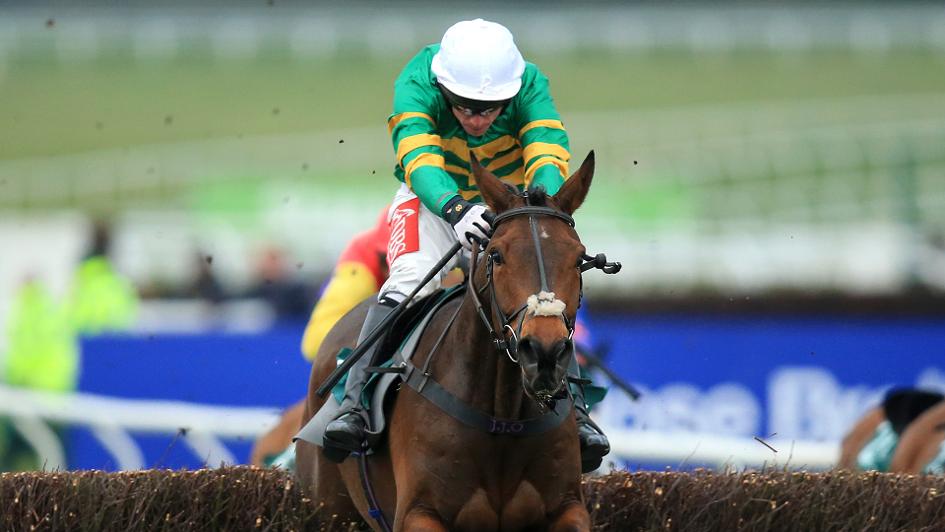 The Jonjo O'Neill-trained star was running on strongly at the finish, suggesting the extra distance of next month’s Aintree marathon would suit.

Paddy Power and Betfair Sportsbook both slashed their National price to 8/1, while Ladbrokes were another firm to make Minella Rocco their favourite for the April 8 race.

However, BetVictor and Betway were both happy to dangle 16/1, leaving Vieux Lion Rouge as their favourite.

Sky Bet’s Michael Shinners, whose firm were offering 14/1 in the aftermath, said: “He couldn’t quite get to Sizing John up the hill but Minella Rocco has run a tremendous Grand National trial.

“Having won the four-miler at Cheltenham last season we know he will stay the trip next month and with a clear round looks sure to run well. He looked right back to his best here.”

Meanwhile, Sizing John is a best price of 8/1 to successfully defend his crown in 2018.

The seven-year-old is now 8/1 with Betway to win again in 12 months’ time.

Sky Bet are more wary, offering 5/1, and now have him as joint favourite alongside Thistlecrack, this year's ante-post jolly who was forced to miss the race due to injury.

There was also movement in some of the other 2018 Festival championship race markets following some of the supporting action on Friday.

In the Sun Bets Stayers’ Hurdle market, Albert Bartlett Novices’ Hurdle winner Penhill was inserted at 14/1 by both Sky Bet and bet365.

Penhill was a sixth and final winner of the meeting for trainer Willie Mullins but it wasn't enough for him to claim a fifth successive Irish Independent Leading Trainer Award at the Festival.

That prize went to Gordon Elliott, who sealed victory when Champagne Classic won the penultimate race of the meeting, the Foxhunter Chase. The pair had six winners apiece but Elliott claimed victory courtesy of more second-place finishes.

The Boodles Leading Jockey Award went to Ruby Walsh for a fifth straight year and 10th overall. He topped the list with four winners, all of which came of day three of the meeting.

Walsh had drifted to a best price of 10/1 after firing blanks on the first two days.

The success of Elliott, Mullins and Walsh played a big part in helping Ireland to a record 19-9 victory over Great Britain in the BetBright Cup.

With only one favourite winning on the final day - Defi Du Seuil - it was another good one for the bookies leaving them well ahead over the course of the meeting.

Paddy Power's Paul Binfield went so far as to say: "We've never had a better Festival and that includes when Norton's Coin pulled off the greatest shock in the history of this great sport at 100/1 in 1990."

Ladbrokes' Nicola McGeady added: "The last number of years have been really in favour of the punters, with last year going down in history as the costliest, so we are hugely relieved that we've been given some respite this time around."

She said the industry had been saved by an "astronomical pay-out" by Sizing John's Gold Cup win with those above him in the Gold Cup betting, including favourite Djakadam who finished fourth, all well backed.

• The Sporting Life Pick 7 jackpot of £250,000 was not won with the two remaining players knocked out in the fifth leg as Pacha Du Polder won the Foxhunter Chase.