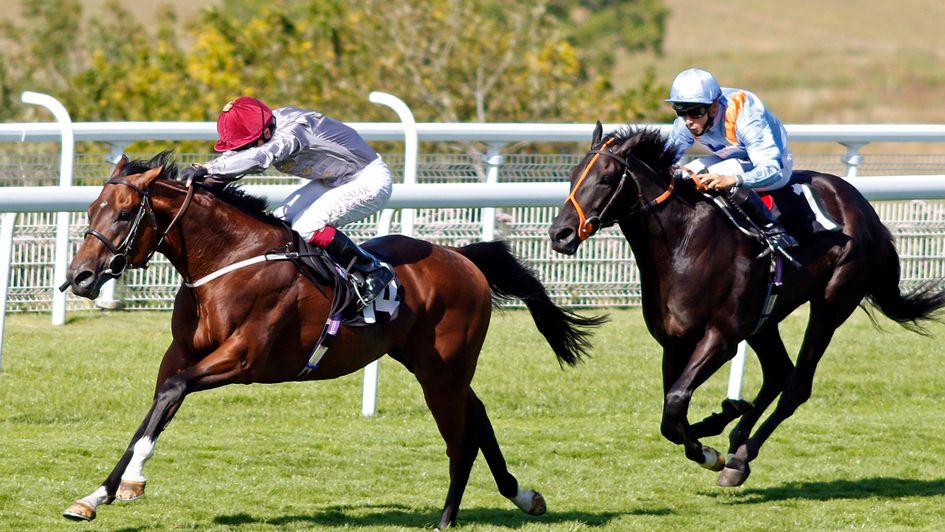 Richard Fahey on his Friday runner at Goodwood Ventura Diamond

Our columnist teamed up with Oisin Murphy to win at Goodwood on Wednesday and the same duo could strike again on Friday - get the trainer's thoughts on Ventura Diamond.

This is a very nice filly and I was pleased with her first run at Sandown. She was drawn wide and shaped with plenty of promise in finishing fourth behind Miss Jingles. There’s more to come from her and I’m sure the step up to six furlongs will suit.

We really like her but Goodwood maidens are always competitive and I’m just worried we’re coming back quickly with her. It was only nine days ago that she made her debut and we’ve just had her ticking over since.

Great to Strike with Toro

I was delighted to see Toro Strike win at Goodwood for his owners, it's a huge meeting for them,

He did it nicely and is a very nice horse. He's in again on Saturday and we'll see how he is in the morning but he could run again. It's great to see the horses running so well at the moment - long may it continue.

I was pleased enough with Gorytus’ run in the Veuve Clicquot Vintage Stakes in which he finished fourth behind Battleground.

He was just a little chewy early on but Tom Marquand blamed himself for that as he felt he buzzed him up a little through the early stages. I was pleased with how he stayed on inside the final furlong and in the end it was a good, solid run and hopefully one he can build on.

I hope this is a case of horses for courses as he ran one of his best races as a two-year-old in last year’s Molecomb, rattling home to finish third behind Liberty Beach.

He hasn’t hit form yet this season but maybe he’s been paying the penalty for a good juvenile season. That said the handicapper has started giving him a chance and he’s down three pounds from his last run at Pontefract. He wears cheekpieces for the first time too and I hope they help. He needs more than he’s been showing but his know-how at this track is a definite plus.

This is quite a nice filly and it’s not very often you’ll see a trainer say this but I was pleasantly surprised when she was given a rating of 71 by the handicapper. I thought she ran well at Newcastle last time when third to Magisterium and hopefully there’s more to come.

She trotted up on her handicap debut at Catterick last time and is clearly in very good form. She’s up six pounds in a better race here so needs to improve but she does seem to be on the upgrade and I was very pleased with her the last day.