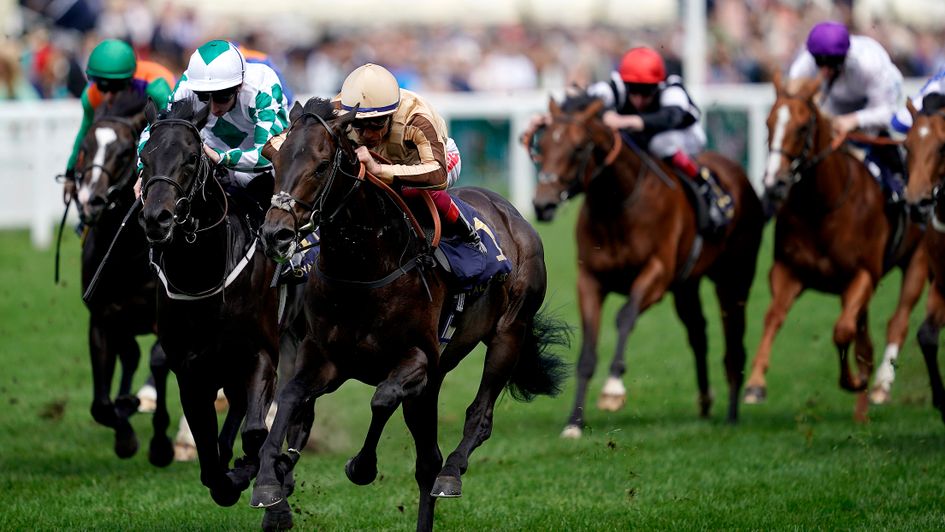 Richard Fahey hopes a first-time visor can sharpen up Ventura Rebel when he goes for Listed success at York on Sunday - check out his guide to his weekend team here.

McManaman – 1.00 York
He ran a good race the other day when he was third in a Listed race at Sandown. If he brings that sort of form to the table here he must have a good chance.

Arctic Fox – 1.30 York
We’ve stuck a visor on her as she’s been a fraction disappointing so hopefully that’ll bring some improvement out of her. She likes York having won there a couple of times last year so it’s a good place to try the headgear.

Dubai Acclaim – 1.30 York
He needs to step up a bit as I thought the handicapper was harsh enough to put him up 6lb when he won at Ayr two starts ago. Hopefully the step up in trip will help him.

Duesenberg – 1.30 York
He’s a horse we like a lot and with that in mind I have been a fraction disappointed with his runs this year. At least he’s dropped a couple of pounds and he’s another that I’m hoping will benefit for the step up in trip.

Ventura Rebel – 2.00 York
I just think Ventura Rebel is taking the mick a little bit, both at home and at the races, so I’ve put a visor on him in the Listed Al Basti Equiworld Dubai Garrowby Stakes. It needs to work, I wouldn’t be shocked if he ran a big race, I just feel the headgear will sharpen him up.

Carter Cowboy – 2.30 York
He’s quite a nice horse, but he’ll need to be a nice horse to win this on debut. He goes really well at home so I’m looking forward to seeing him run.

Kensington Art – 3.05 York
He stays all day and has been running consistently well pretty much all year bar a blip at Ripon last time out. He needs to prove himself at this course but on his form in July he has a chance.

Amaysmont – 3.40 York
I’ve been a little bit disappointed with him this year as he was a horse I was looking forward to. He ran okay at York in July, that was his best run behind Brunch, so we’re bringing him back here and dropping him to six so hopefully that will help, as he hasn’t been finishing his races.

Alben Spirit – 3.40 York
He won nicely at Leicester but this is a step up again in a better race. He’s a good hardy horse we’ve always liked and it was his best run when winning last time. Hopefully he can kick on again but it’s a very competitive race.

Firewater – 4.10 York
He’s a good honest horse. You could never knock him. He needs a bit of luck, he’s been second three times this year through no fault of his own, he just keeps bumping into one.

Sendacard – 2.20 Musselburgh
She’s just had a few little niggly problems which is why she’s only been out once this season and hasn’t been seen since June. I’m happy with her now though and she’d have a small chance.

My Kinda Day – 3.30 Musselburgh
He’s been disappointing, he finished second first time out at Newcastle but hasn’t kicked on from that. The handicapper seems to have got him and has only dropped him 2lb for his last four runs that include a seventh and a 12th.

Internationalangel – 5.00 Musselburgh
She’s been disappointing on the whole so we’re stepping her up to a mile here to see if that helps. On her second at Yarmouth two starts ago she’d have a chance but she’ll have to run better than she did at Catterick last time.

International Lion – 5.30 Musselburgh
He enjoyed his trip to Scotland where he was a close second at Ayr two starts ago so we’re taking him back up there for his first run at Musselburgh. He’s only 2lb higher than when winning at Thirsk this time last year and I’d say he has a good chance.