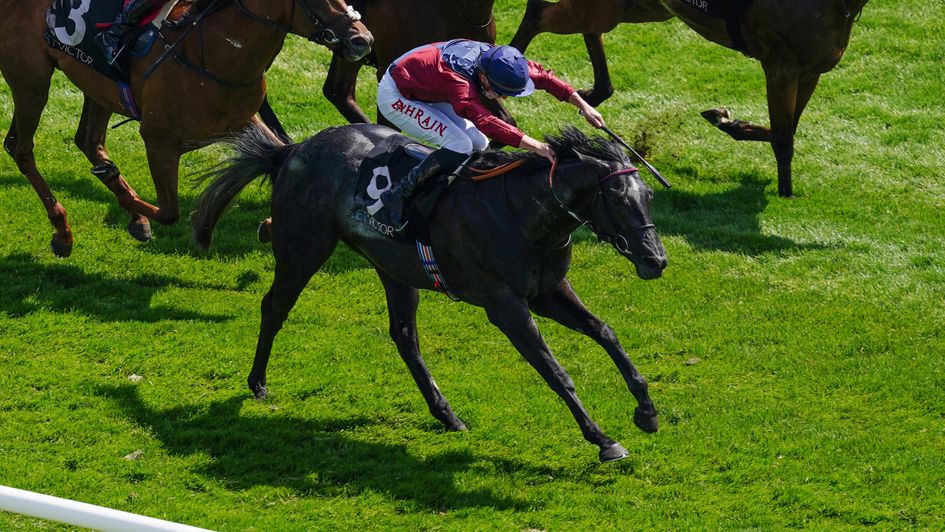 Rest of Newbury review on Lockinge day: Tiber flows in for Haggas

A review of the rest of the action on Lockinge day at Newbury as William Haggas started the afternoon with a bang.

The Jon and Julia Aisbitt-owned and bred Caravaggio colt made good late headway in the six-furlong contest to collar long-time leader Hierarchy approaching the final furlong, and had to pull out all the stops to deny the late flourish of Rizg, who powered up the stands rail under Marquand’s wife, Hollie Doyle, to score by a short head.

The 15/8 favourite, who won his first three all-weather starts before just failing to get up in a valuable conditions event at Newcastle on Good Friday, is as tough as they come.

His trainer feels he will be able to tackle the hullabaloo of Royal Ascot, given his past history of overcoming adversity, and will next either run in the Commonwealth Cup or over an extra furlong in the Jersey Stakes.

Haggas revealed: “He is getting better and he has got ability. If you look at his near-hind leg, he’s got all those white hairs on it. This horse had four general anaesthetics in six weeks. At the time, we thought we were going to lose him. That was before he ever ran.

“I just think at Newcastle he just didn’t know how to sprint. They injected pace at the wrong time for him and he was a little bit flat-footed and then he came home. He has been running around the all-weather winning little races and I think he is learning how to sprint.

“Hopefully, if he comes on again, he will be a 12/1 or 16/1 shot but he is the sort of horse who will go well in a race like the Commonwealth Cup.

“Tom thought he went too early today. We will definitely leave him in the Commonwealth Cup and put him in the Jersey and we will run in one of them.

“Tom felt today that he has got the speed. One is a Group Three and one is a Group One and they will both be fiercely competitive.”

Haggas hinted me may have left Ilaraab a gallop short ahead of his seasonal debut when fourth in the John Porter over the same course and mile-and-a-half distance, but with the ring-rust knocked off, he was a different proposition in the Group Three Al Rayyan Stakes.

The 9/2 chance clearly loves this track, having taken the St Simon Stakes in autumn, and he was back to his best this time on ground that was quicker than ideal.

Marquand gave the five-year-old a peach of a ride, timing his run to perfection to see off Scope by a neck, with the pair four lengths clear of Without A Fight.

Haggas said: “I thought the ground was too quick for him today and it was a little bit quicker for the John Porter and I think he wants a bit of dig in the ground.

“He travelled much sweeter today and Tom was able to keep him in behind and the horse was always finding, although the other horse came back and he is a good stayer.

“It was a good effort under a 3lb penalty. I never put him in at Ascot, as I’m convinced he doesn’t like going right-handed.

“He ran at Ascot last year and hated it, so I am trying to keep him to left-handed tracks, so the Grand Prix de Saint-Cloud, I suppose.”

He added: “Tom Marquand gave him a brilliant ride. I just don’t understand how he is not getting six rides every day.” 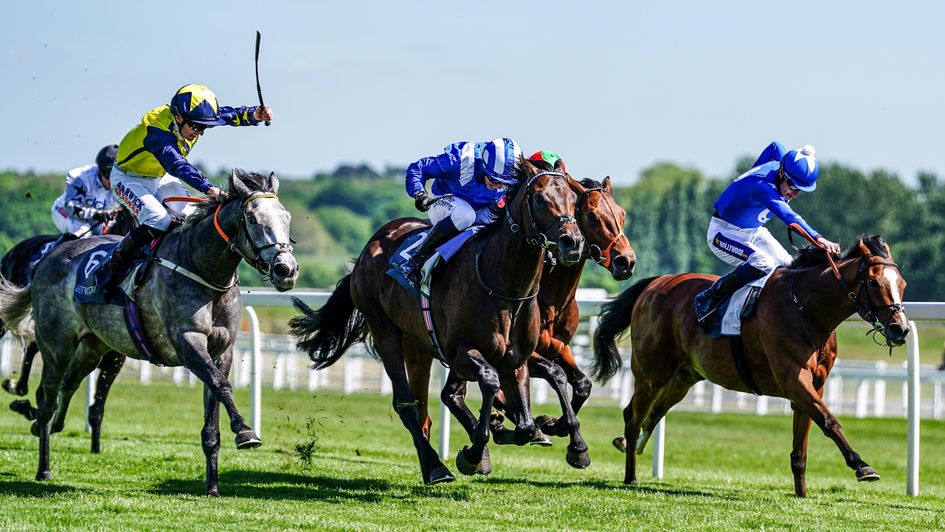 Israr (centre) gets up in the London Gold Cup

Israr repelled all challengers to land a competitive renewal of the BetVictor London Gold Cup Handicap at Newbury.

As a son of Muhaarar out of Oaks winner Taghrooda, Israr had shown plenty of promise in three previous races, winning on debut and placing twice subsequently, and punters were keen on his chances in this 10-furlong event, sending him off the 3-1 favourite.

Israr was anchored at the back of the field by Jim Crowley in the early stages as Luminous Light set the gallop, but he made smooth progress in the straight to grab the lead with a furlong to run.

However, the John and Thady Gosden-trained winner had to dig deep in the closing stages, fending off the late charge of Surrey Mist by half a length while third-placed Zoom and fourth Wineglass Bay also finished strongly, with each beaten a head.

Israr could now head to Royal Ascot and step up to 12 furlongs for another handicap date.

Thady Gosden said: “He is a progressive type of horse and he enjoyed winning one in his turn there. He is so relaxed in his races that a step up to mile and a half should not be a problem and obviously his mother (Taghrooda) stayed it well.

“We will see how he comes out of the race and the King George V would seem an obvious spot for him.”

Crowley is also confident Israr will stay further, adding: “He was pretty straightforward and showed plenty of guts. I think he’ll get a bit further.”