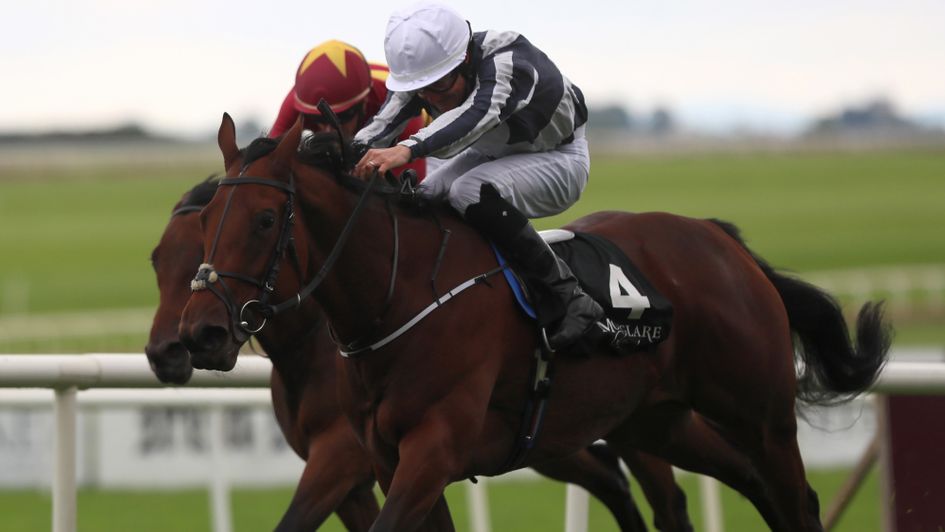 Jessica Harrington has confirmed her Moyglare Stud Stakes winner Discoveries will not run again until next season.

The daughter of Mastercraftsman is bred in the purple as a full-sister to Alpha Centauri and a half-sister to Alpine Star – both Group One winners for Harrington and owner-breeders the Niarchos Family.

A winner on her second start at the Curragh in June, Discoveries could finish only third behind Agartha in last month’s Group Two Debutante Stakes but reversed that form to claim top-level honours on the second day of Irish Champions Weekend.

She is entered in the bet365 Fillies Mile at Newmarket on October 8, while she also had the option of running on Arc weekend in France or heading for the Breeders’ Cup – but she will now be saved for a Classic campaign.

Speaking after continuing her excellent run of form with a winner at Punchestown on Tuesday, Harrington told Racing TV: “Discoveries is not going to run again this year. She’s a big filly who has had four runs, and I think that’s enough for her.

“She’s won her Group One, and it would be terrible to go back and get beaten in another Group One, so I’m going to leave her be. That (1000 Guineas) is where she will go.”