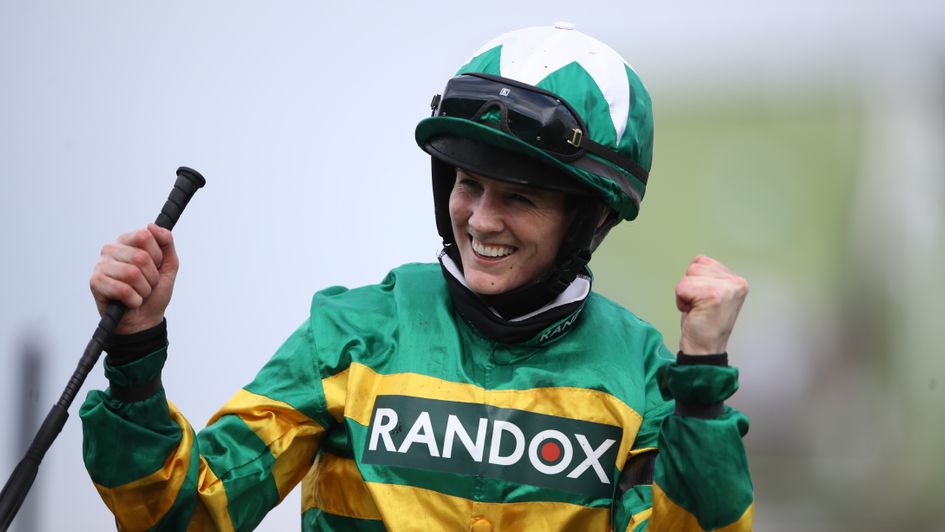 The rise and rise of Rachael Blackmore

Rachael Blackmore feature: Her journey to the top

And they’re quickly dispatched. They’re off and racing then for the Randox Grand National of 2021 …

There’s a photograph doing the rounds these days, you’ve probably seen it: a young girl on a wooden rocking horse, a picture of delight, sheer joy, face alive with the thrill of it. When you have an imagination that hasn’t yet been limited by adulthood, you can ride the Grand National winner in your sitting room as often as you like.

How it started how it's going pic.twitter.com/OZkQBBUCpO

Jett is prominent out wide on the track along with Any Second Now. Handy down towards the inside is Cloth Cap along with Lord Du Mesnil. They’re followed by Minella Times and Burrows Saint and Double Shuffle.

You probably know Rachael Blackmore’s back story by now. Her dad Charles a dairy farmer, her mum Eimir a teacher. There were always ponies around on the farm in Killenaule in County Tipperary, and young Rachael graduated from wooden horse to pony club, to pony racing, to amateur jockey. She rode in point-to-points, and she rode out for a week at Ballydoyle.

And yet, she didn’t really think that riding horses could be her career, her living. Instead, she set her sights on becoming a vet.

The Leaving Cert points required to get onto the degree programme in veterinary medicine are high, and the racing world can be thankful that Rachael Blackmore just came up short. She did get the points to do Equine Science in the University of Limerick though, and that was the road on which she embarked.

She combined her studies with riding as an amateur. It wasn’t easy. The time demands on both were high. But she kicked on, determined. 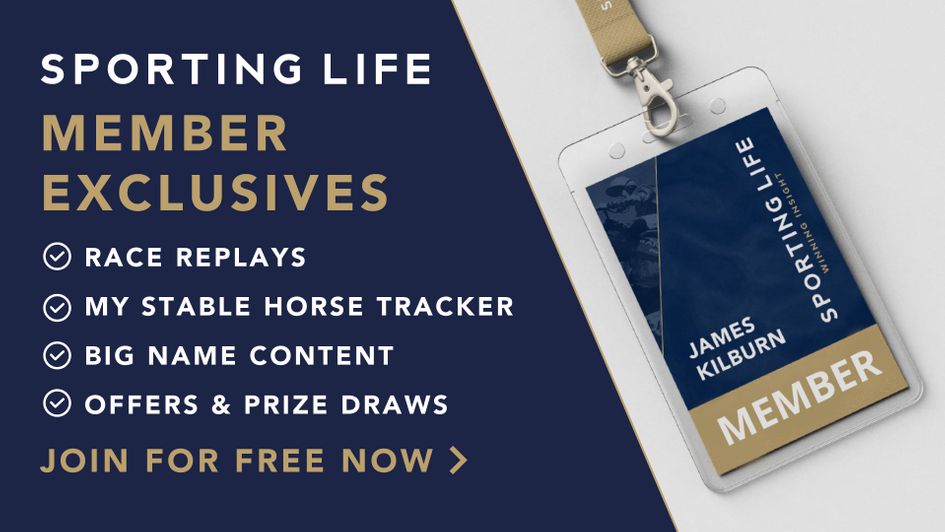 Log-in for FREE for video replays and more

And now quickly on to the Foinavon fence, and up front it’s Cloth Cap on the inside of Jett, Yala Enki. They’re followed by Any Second Now in the white cap, Minella Times is handy in the green with the white starred cap. Definitly Red on the inside, out wider Double Shuffle, as they approach the Canal Turn.

In February 2011, John (Shark) Hanlon was looking for a jockey for Stowaway Pearl in a lady riders’ handicap hurdle at Thurles. He fancied the horse, his intention was to back the horse, but he didn’t have a rider for him.

Just shows you, happenstance, right place, right time, right call. Rachael got friendly with Pat Doyle’s daughter at Limerick University, and she started riding out for Pat Doyle. At Doyle’s, she met Davy Russell, who told her that if she ever needed help with anything, just to ask him.

Rachael heard that Shark Hanlon was looking for a rider for Stowaway Pearl, so she asked Davy if he would put in a word.

It’s Jett who leads them over the Anchor Bridge crossing, from in second Cloth Cap, then Lord Du Mesnil and Yala Enki, followed by Farclas, then Burrows Saint and Cabaret Queen, behind those Minella Times and Discorama.

Shark told her to be handy on Stowaway Pearl, to kick on at the top of the track. The rider followed the trainer’s direction to the letter, handy from flagfall, up on the outside, just behind the two leaders. She hit the front on the run to the final flight, and Stowaway Pearl kept on well to win by four lengths.

Her first winner didn’t start a cascade of winners, but it did start a relationship with Shark Hanlon that was key. A few weeks after Stowaway Pearl’s win, she rode Soudain for Hanlon to win a point-to-point at Horse & Jockey. But she had to wait six months for her first second winner under Rules, Well Mett in a lady riders’ bumper at Downpatrick, and she had to wait two years for her third. 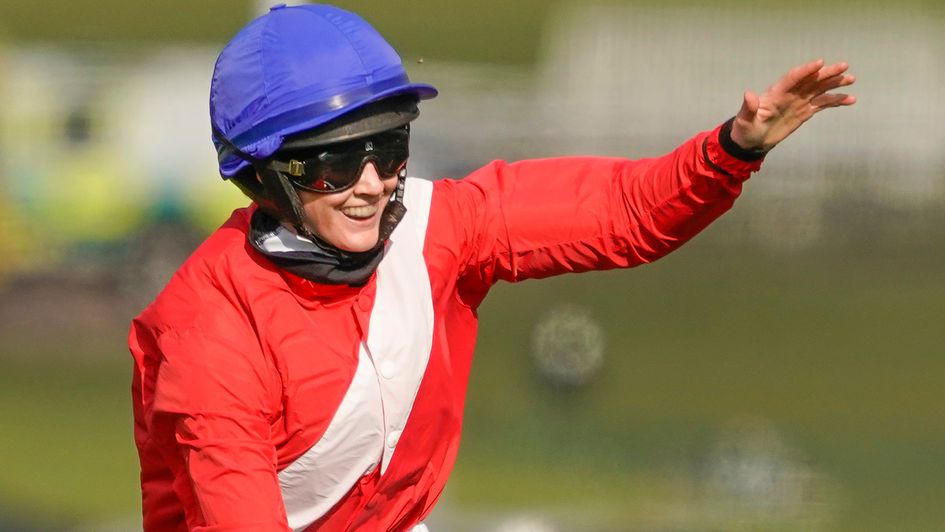 As many as 36 of them head down towards this fence with Jett the orange sleeves being tracked by Lord Du Mesnil in the cheekpieces, Cloth Cap still right down on the inside, good position with Tom Scudamore, the green cap, and is followed through by Minella Times.

She had been thinking about turning conditional. She thought that she might be champion point-to-point lady rider some day if she continued as an amateur, but she could see the potential upside of turning conditional, which she did on St Patrick’s Day 2015.

Again, it was a slow burn. The winners didn’t happen immediately, but she was getting rides, she was going racing. She rode fives seconds during the summer of 2015 before she finally rode her first winner as a professional, Most Honourable for Shark Hanlon, whom she drove to a short-head victory in a handicap hurdle at Clonmel in September 2015.

She won a good handicap hurdle at Gowran Park on Supreme Vinnie for Denise O’Shea, and she won the Leinster National for Ellmarie Holden on Abolitionist, whom she also rode to finish third behind Our Duke and Bless The Wings in the 2017 Irish Grand National. 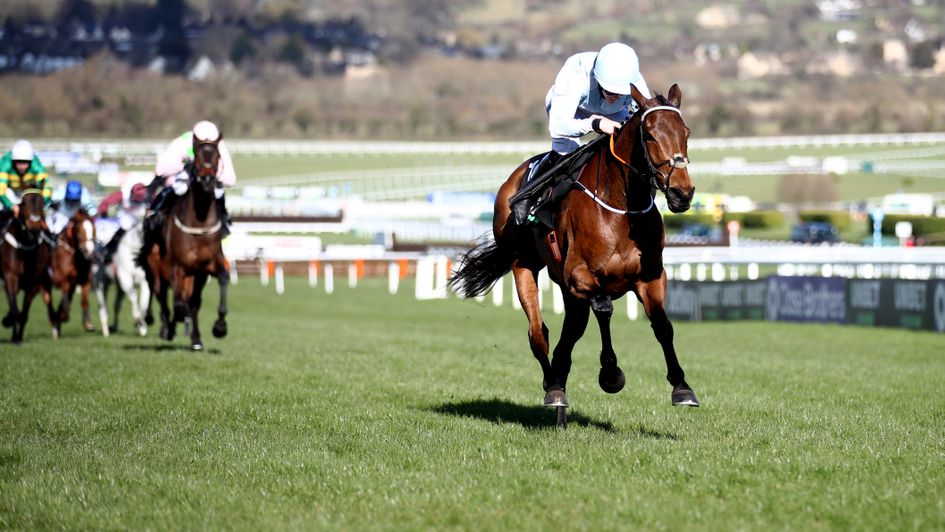 Honeysuckle and Rachael Blackmore are out on their own

More recognition and, with it, more opportunities. More trainers. She rode Davids Charm for John Joe Walsh to win a big handicap hurdle at Fairyhouse on Hatton’s Grace Hurdle weekend, she won two big handicap hurdles at the 2018 Punchestown Festival for Willie Mullins on True Self and Meri Devie, and she won the Grade 3 Michael Purcell Memorial Hurdle at Thurles on Blow By Blow for Gordon Elliott and Gigginstown House, her first graded race win.

It was Eddie O’Leary of Gigginstown House who suggested to Henry de Bromhead that he give Rachael an opportunity.

As they approach the Canal Turn, and Jett being angled across, and he jumped it well. Cloth Cap, Burrows Saint, they’re follow by Discorama, and then behind these is Minella Times in the green cap.

She was never appointed as stable jockey for Henry de Bromhead. She just rode her way into that position. Sub Lieutenant in the Irish Daily Star Chase at Punchestown, Monalee in the Red Mills Chase at Gowran Park, and Honeysuckle.

Jett is clear, going out over fence number 26, it’s Jett by 10 lengths, to Burrows Saint, Minella Times and Discorama, then Farclas, Cabaret Queen and Cloth Cap, who’s being ridden along, going towards the final open ditch.

Landmarks all over the place. Her first Cheltenham Festival winner, A Plus Tard in the Close Brothers Novices’ Handicap Chase on the Wednesday of the 2019 Festival. Her first Grade 1 winner, Minella Indo in the Albert Bartlett Hurdle two days later. She finished the 2018/19 season with 90 winners, a clear second behind Paul Townend in the Irish National Hunt jockeys’ championship.

Jett leads but only now by about four or five lengths, to Burrows Saint who travels strongly now in second place. Minella Times is to the inside of him, then Discorama.

When you hear Ruby Walsh and AP McCoy and Mick Fitzgerald extol the virtues of Rachael Blackmore as a rider, you know that they are real. You can see it too even if you haven’t ridden a bucketload of Cheltenham Festival winners. She is rarely in the wrong position in a race. She seems to have this ability to see what is going to happen in a race before it does, and act accordingly. It’s race-reading in real time, in an instant, split-second decisions at 30 miles an hour. 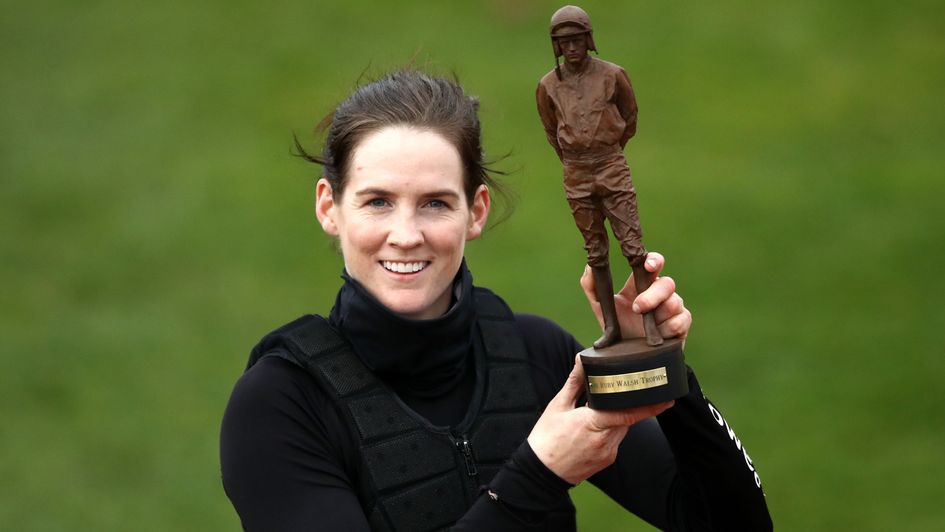 Jett has run his race, it was a gallant race, but he’s fading back through the field swiftly. Balko Des Flos with the orange cap, Burrows Saint in the pale pink silks, Minella Times with the star on the cap on the right for Rachael Blackmore, and she lands just in front over the second last.

And she has the full gamut. From the front and brilliant on Allaho. From the rear with Tag Heuer timing on Telmesomethinggirl. And even in defeat. She didn’t win the Gold Cup on A Plus Tard, but the ride that she gave him maximised his chance. And on the biggest stage, under the pressure, with the world watching.

It’s Minella Times from Balko Des Flos, Burrows Saint, Any Second Now, the hoops with the white cap staying on, then Discorama.

She was smooth as silk on Minella Times in the Grand National. Always in a rhythm, an economy of effort, maximum efficiency. When Lord Du Mesnil started to tire in front of her as they embarked on their second circuit, she moved her horse easily to his right, and one fence later, they were in front of the horse who was struggling, no effort required. Everything smooth. Energy stored. 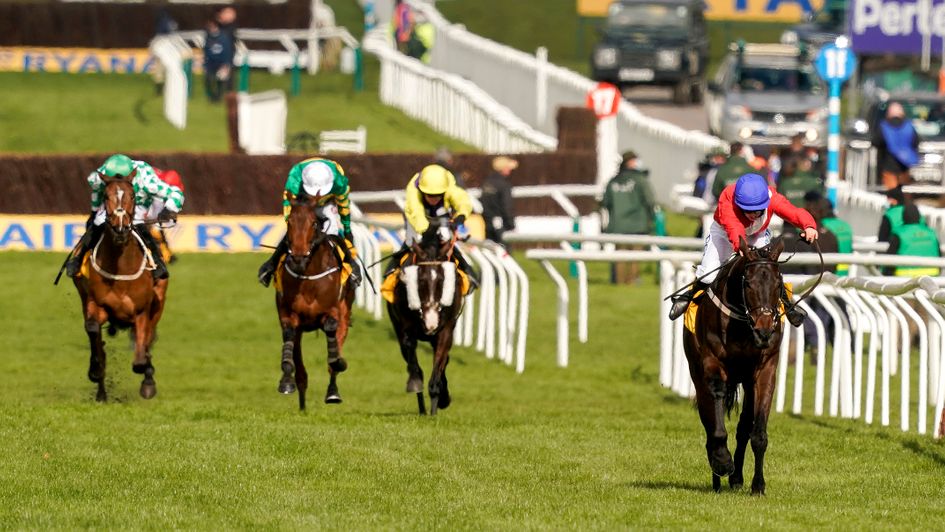 Allaho and Rachael Blackmore power up the Cheltenham hill

Here’s the final fence in the Randox Grand National, and over in front, and over two, three lengths clear, Minella Times from Balko Des Flos. Any Second Now continues to stay on, Burrows Saint wandering out into the centre of the track.

She cut loose at Cheltenham, rode six winners and bagged the Leading Rider’s prize. If she was a well-kept Irish secret before the 2021 Cheltenham Festival – and she wasn’t really – she blew her cover sky high that week.

They head towards the Elbow, with over a furlong to cover in the National, but it’s Rachael Blackmore and Minella Times, who are out four lengths clear, of Balko Des Flos and Any Second Now, Burrows Saint back in fourth is running on empty.

And after the Grand National, she went stratospheric. Brilliant on the ground as well as in the saddle. History-maker.