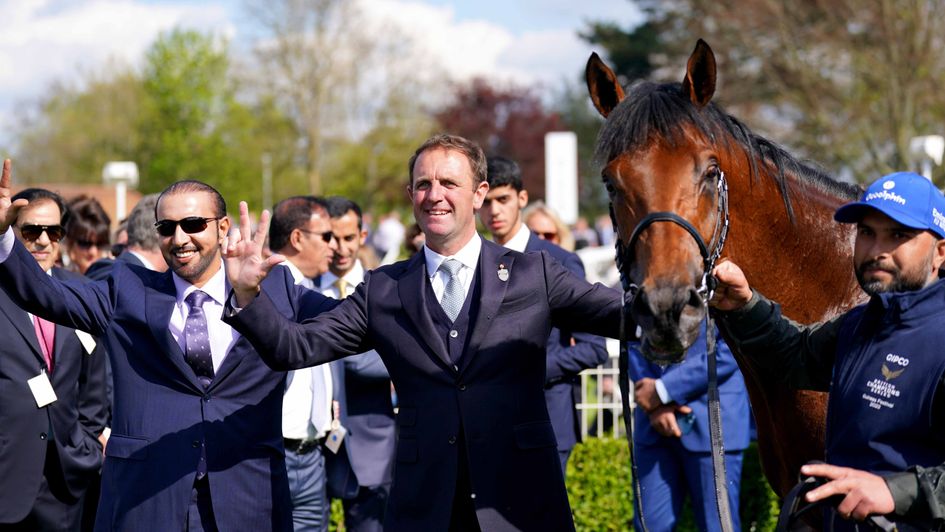 A Classic to savour for Charlie Appleby

QIPCO 2000 Guineas: David Ord on the rise of Charlie Appleby

Our man at Newmarket David Ord reflects on a QIPCO 2000 Guineas dominated by Godolphin and the remarkable Charlie Appleby.

He’d been building to this moment and on Saturday Charlie Appleby saddled his first winner of the QIPCO 2000 Guineas.

He threw in the second for good measure as Coroebus proved too strong for near-neighbour and warm favourite Native Trail, and as he waited in the glorious spring sunshine to greet his star colts the trainer would have been excused for breaking out into a huge smile.

But he’s more reserved than that. Still, this felt significant. Nine years ago to this very week, when Mahmood Al Zarooni exited stage left and British racing – after a hastily arranged BHA disciplinary hearing and press conference - Appleby took over the licence as one of two Godolphin trainers in Newmarket.

Now he’s in a league of his own.

Last year he saddled 17 Group or Grade One winners, one less than Aidan O’Brien, but it was a haul that included the Cazoo Derby and King George with Adayar, the Irish Derby and St Leger courtesy of Hurricane Lane and two winners at the Breeders’ Cup.

The Maktoum brothers have spent 20 years in the shadows of the Coolmore behemoth as Sadler's Wells and Galileo wrote their name into racing folklore by producing top-class horses and Classic winners with stunning regularity. .

With jump racing right now – and the domination of Willie Mullins and the Irish yards in general – British protagonists point to the cyclical nature of the sport. The wheel will turn at some stage.

It already is on the Flat. With Galileo’s sad passing and his final crops going into training, the scramble for his successor at Coolmore is on.

In the short and potentially medium term, the baton instead looks to have been passed on to Sheikh Mohammed’s own super-sire Dubawi and Frankel, peerless on the racecourse and a growing influence in the breeding shed.

And Godolphin have access to them via their own broodmares and deep pockets at the sales.

They also have Appleby. 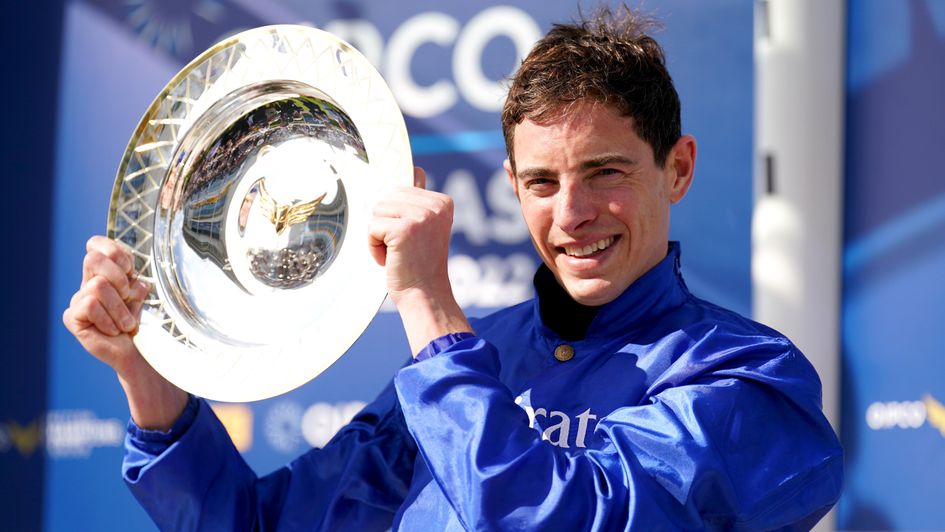 James Doyle with the 2000 Guineas trophy

The measure of a top trainer is how few mistakes they make. You wouldn't require a second hand to count those made by the master of Moulton Paddocks in recent years.

He, as the greats who have gone before were also swift to do, praised those behind him rather than accepting the plaudits as the dust settled on Coroebus' win.

“First and foremost I’m delighted for Sheikh Mohammed and the team at Godolphin, they give me and the team the chance to be have these horses,” he said.

“I’m delighted for James Doyle too. He’s an integral part of our team and for him to have his first Classic winner for us is very special. He’s such a great team member. He has to sit there and see William (Buick) get first choice every time and I’ve never, ever seen him get upset. He goes out there and rides the same race day in and day out. I take my hat off to him. He’s a true sportsman.”

There was pressure going into the Guineas this year, saddling the two market leaders, but it didn’t weigh heavy on the trainer's shoulders.

“We were third with Pinatubo and second with Master Of The Seas so we were getting closer and hopefully our time was going to come,” he mused.

“I said in the lead-up to the race the two colts were passing every test we asked of them. Native Trail came up here and won the Craven and on that morning we galloped Coroebus and William said after that ‘without Native Trial I couldn’t be more excited about riding Coroebus in the Guineas. What a second horse to have'.

“But William couldn’t get off Native Trail after what he’d achieved and, so coming in today, I thought we had two live contenders. The draw didn’t worry me. I’m a big believer in running good horses in a straight line and keeping it simple. The cream will come to the top.”

When reminded that on Dewhurst day that he’d expressed the opinion that Coroebus might be ahead of Native Trail at that stage, the smile finally appeared.

“It’s not often I get it right,” he grinned. “We’ve had so many of these Dubawis we feel we’re starting to know them and which ones are the big horses. This is a colt we stood up in the spring of last year and showed to Sheikh Mohammed.

“I said to His Highness ‘I could run this horse in May such is his natural talent’. But when you look at the scope of the horse you wouldn’t want to do that. You’re hoping he’s a horse who you want to see through this year and possibly beyond.

“Like all good horses he has plenty of natural pace and when you have that in the physique he has you can’t help but get excited.

“I think he’ll go straight to the St James’s Palace and Native Trail to the Curragh, where we saw he was so impressive before, for the Irish 2000.”

The first and second are seen as milers – but the third home, Luxembourg for Coolmore and Ballydoyle, is 5/2 favourite for the Cazoo Derby.

“Ryan (Moore) was delighted with him. He said he stepped a shade slow and he said because of that he clipped heels after about 50 yards. It set him back and he couldn’t get him where he wanted but he came home very well,” said O'Brien.

“We always came here thinking we’d go straight to the Derby afterwards and I’d imagine that will be what we do if all is OK with him. He has a middle-distance pedigree.”

So we dust ourselves down for round two at Epsom. O’Brien may have missed out on the QIPCO 2000 Guineas but according to the markets he holds the ace card for the Derby.

But now we have the trials at Chester, Leopardstown, York and Lingfield. Appleby has ammunition to fire as he sifts through his middle-distance pack. Slowly but surely the Godolphin pecking order for Epsom will be revealed and you can bet your bottom dollar they’ll be primed to peak on what will hopefully be the sun-drenched Downs.