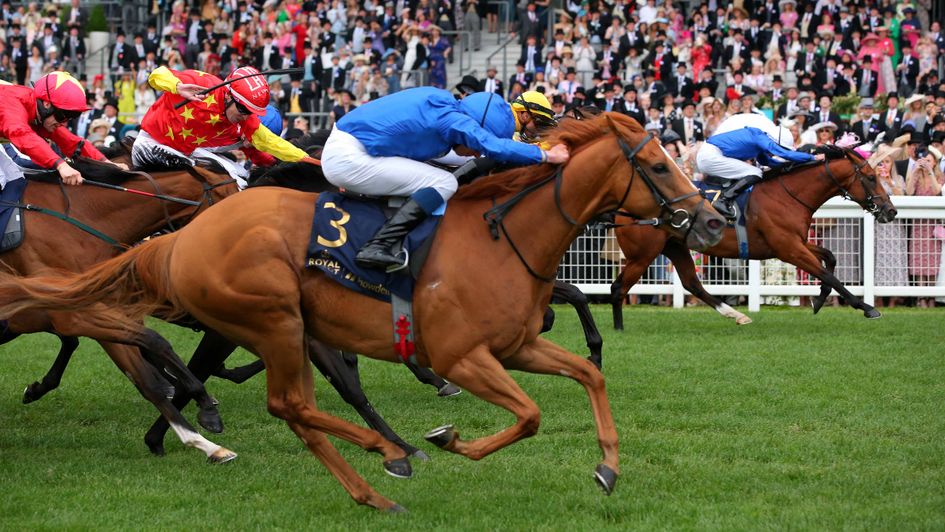 Naval Crown edges out Creative Force in a thriller

The four-year-old son of Dubawi, who narrowly failed to follow up his Platinum Jubilee victory at Royal Ascot when touched off by Alcohol Free in the July Cup at Newmarket, takes on 12 rivals in the extended six-furlong Group One contest.

The race is rich with British talent, including Commonwealth Cup winner Perfect Power, the Clive-Cox-trained Harry Three, who is on a four-timer, and Newbury’s Hackwood Stakes hero Minzaal.

Australian import Artorius, third in the July Cup, is another fascinating contender over the straight course for Anthony and Sam Freedman. Yet Godolphin trainer Charlie Appleby, whose stable has been in extraordinarily good form in recent weeks, believes Naval Crown has plenty in his favour.

“Naval Crown heads to Deauville in good shape on the back of his second in the July Cup,” Appleby reported on Godolphin.com. “We know that conditions in France are there to suit – he loves quick ground and has run well over seven furlongs in the past. Based on his form this year, he looks the one to beat.”