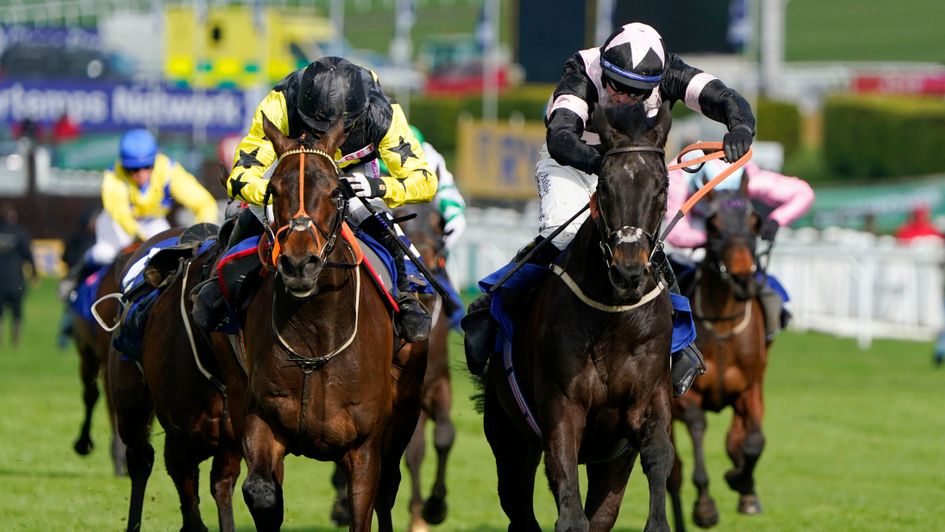 Action from the Pertemps

Pertemps has extended its sponsorship of the Pertemps Network Final at the Cheltenham Festival for a further three years, while there are changes to the qualification criteria.

Having first supported the three-mile handicap hurdle back in 2002, Pertemps has now extended its sponsorship of the race until 2025.

From 2023 onwards there will be a change to qualification criteria for the Pertemps Network Final.

Horses must now finish in the first four in any of the scheduled qualifiers to be eligible to run (rather than the first six as was previously the case).

The number of qualifying races remains unchanged, with 20 qualifiers scheduled from November to February at venues across the UK, as well as in France and Ireland.

Six of the last seven winners have been trained in Ireland, although their stranglehold on the race was broken in 2022 by Third Wind, who became the first Festival success in 20 years for trainer Hughie Morrison when triumphant at odds of 25/1.

Jon Pullin, Cheltenham’s Clerk of the Course, said: “I would like to say a huge thank you to Pertemps for extending its sponsorship at the Festival for a further three years.

“Pertemps is one of our two most longstanding sponsors at the Festival and this new agreement will see them reach almost a quarter of a century of sponsorship. Such long-term commitment is very much appreciated and has helped Pertemps become synonymous with one of the most competitive races over the four days.

“The Pertemps Network Final frequently features a thrilling finish and one thing that will not change with this new agreement is how challenging it is to predict the winner!

“Following a review of the race and the qualifying conditions in conjunction with the Jump Pattern Committee, it was decided that horses must finish in the first four in one of the qualifying contests to be eligible to run.

“This should hopefully improve both the competitiveness and field sizes of the qualifying contests as if horses don’t achieve a first four finishing position, then they will have to try again in another qualifier.”

Tim Watts, Lifetime President of Pertemps, commented: “I’m very proud that we have been involved with this internationally-known festival for so long and am looking forward to the years to come.

“The Pertemps series has allowed us to support racing across the whole of the UK, Ireland and France, and we have been rewarded with a final at the best Jump meeting of them all. During our involvement, the quality of the race has substantially improved, as demonstrated by the rising handicap marks required to run.

“We look ahead to many more years working hand-in-hand with The Jockey Club at Cheltenham.”