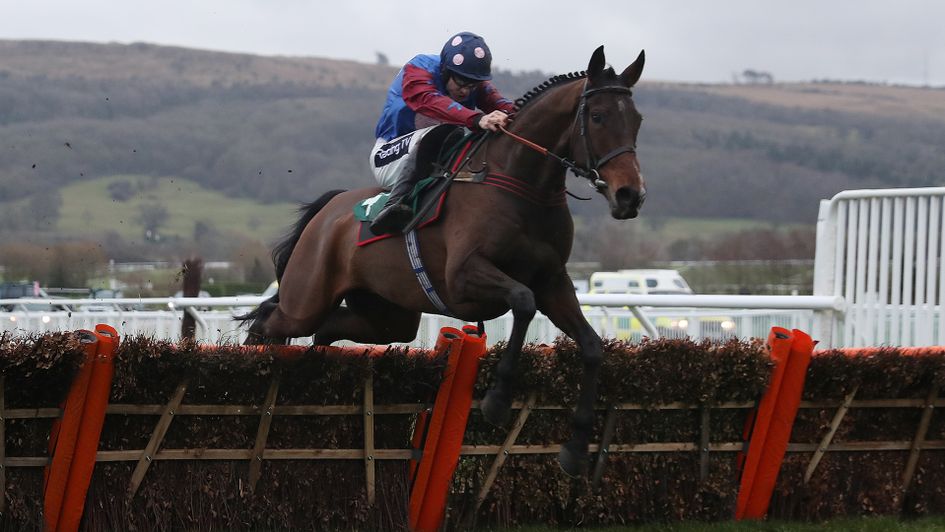 Paisley Park secured his fourth victory from as many starts this season with a facile display in the galliardhomes.com Cleeve Hurdle at Cheltenham.

Emma Lavelle's charge has made huge progress in the first half of this season, making a winning reappearance at Aintree before following up in a valuable Haydock handicap and claiming Grade One glory in the Long Walk at Ascot.

He was the 100-30 favourite to complete the four-timer in this Grade Two event and did so in some style to confirm himself Britain's leading hope for the Stayers' Hurdle back at Prestbury Park in March.

Lil Rockerfeller and Sam Spinner ensured the three-mile contest was a searching test of stamina, with their protracted battle for the lead meaning the race was run at a strong pace.

Aidan Coleman was niggling away at Paisley Park some way from home, but not for the first time he responded generously for pressure and moved ominously into West Approach's slipstream on the run to the final flight.

Lavelle's charge jumped it well and careered away up the famous hill to score by 12 lengths from West Approach, with Black Op best of the rest a further two lengths away in third.

Sky Bet reacted to Paisley Park's commanding success by making him their 7/2 second favourite for the Stayers Hurdle at Cheltenham in March.

💷 He's now 4/1 favourite with most bookies for the Stayers' Hurdle at the Festivalpic.twitter.com/9mIFvV90no

Lavelle said: "That was quite impressive. He just has such a great way of going in that he doesn't use any more energy than he needs to and then when Aidan winds him up, he just picks up.

"Aidan said he got there two furlongs two soon. The last hurdle today is the first hurdle he has jumped in front in his life as he gets a lead at home as well.

"He looked pretty special out there. I hope we have the same preparation for Cheltenham in March as we had for this race."

Paisley Park was cut to a best priced 7-2 favourite for the Stayers' Hurdle on March 14, with last year's winner - the Willie Mullins-trained Penhill - next best at around 5-1.

Lavelle added: "He's getting a bit more streetwise and full credit to my husband. Barry (Fenton) rides him every day and he said after his last piece of work on the grass you can just jump off and drop your hands on him and he knows how to do the work, whereas before you were educating him.

"We wanted to bring him here today to give him the experience of the track. When he ran here in the Albert Bartlett it was a complete non-event for him, but you always worry it could be the track.

"However, he is pretty straightforward and well balanced and a nice horse to deal with, so you hoped it was just one of those things.

"He has achieved what nothing else has in nearly 21 years for us which is win a Grade One, so he is very important.

"I think he is genuinely, for the moment, a trainer's dream. All we have to do is bring him here in the same form in March."

Tom George was pleased with the performance of Black Op, who was running over hurdles for the first time this season after failing to convince in the jumping department twice over fences.

George said: "He ran a very solid race. It was probably his first proper race since he won at Aintree last April as over fences he made mistakes.

"Noel (Fehily) said he will come on a bit. It was an end-to-end gallop and a proper race. I don't think there is much to go for now until Cheltenham.

"We've got to improve a bit and whether we'll improve enough I don't know, but he likes the spring ground so that will help."