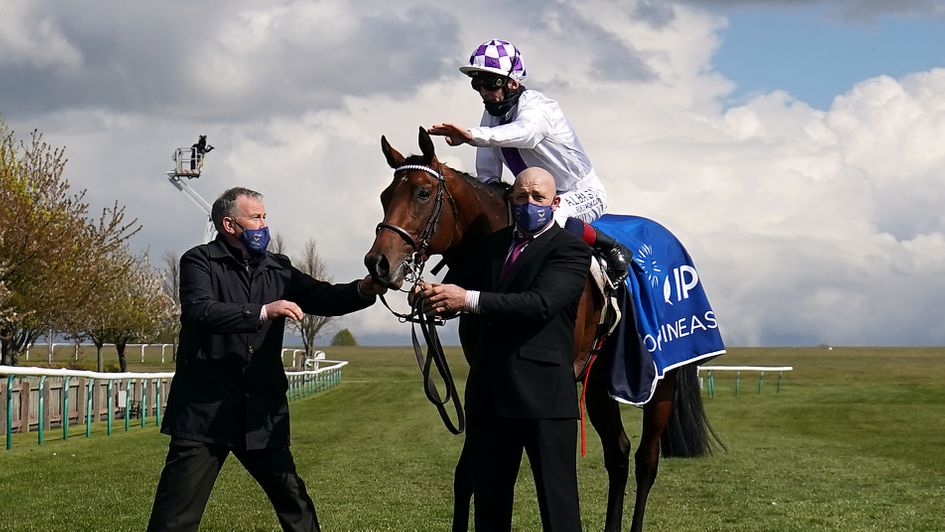 We all love a rags to riches tale. Excellence rising to the top no matter the adversities or blatant lack of opportunity. Those rare gems prove that anything is possible and that we may continue to dream.

On the contrary, the reverse situation can be proportionately humbling. Grandiose and triumphant beginnings filled with excitement and expectation which end in disappointment.

The sport of racing is complete with countless life lessons and none more celebrated than the rewards of dedication and perseverance. There is a myriad of examples but one of the most pertinent will always be the breeder, owner and trainer of this year’s QIPCO 2000 Guineas winner.

Just six months ago Jim Bolger and his breeding accomplishments were the subject of this column after having the weekend of a lifetime when Mac Swiney won the Vertem Futurity Trophy and Gear Up stormed home the Criterium de Saint-Cloud. 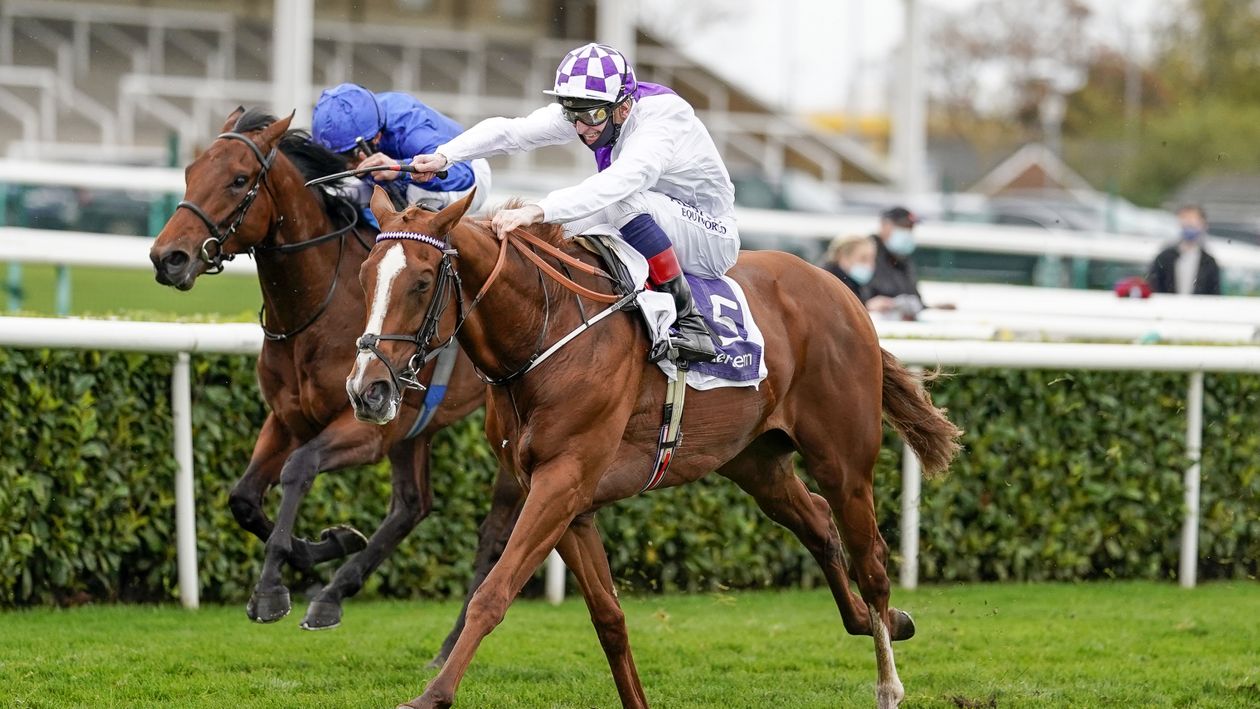 It wasn’t just because he bred two Group 1 winners on the same day either. It was the generations and generations of both pedigree cultivation and training that gave rise to those two horses.

And in what is now a familiar standard from Jim Bolger, the master of Coolcullen not only bred and trained Saturday’s 2000 Guineas winner Poetic Flare, but trained two generations on both sides of his pedigree as well.

In fact, Bolger has been nurturing this particular female family since 1989 when he trained the Majestic Light filly Saviour to win three races in Ireland and later purchase her off Tom Gentry.

Saviour’s breeding career turned out to be more than fruitful for Bolger. She bred seven winners and three Stakes performers including Speirbhean - a daughter of Danehill who won the 1000 Guineas Trial at Leopardstown and went on to produce Galileo’s very first Group One winning juvenile, Teofilo.

An elder sister of Speirbhean’s, Elida (Royal Academy), did not manage to breed a Black-Type horse. She did however breed three winners and a filly by Rock of Gibraltar named Maria Lee who ran just the once and who Bolger opted to persevere with. It was an endeavour which was immediately gratified as her very first foal turned out to be dual Listed winner Glamorous Approach (New Approach).

Maria Lee had five more foals for Jim Bolger before he sold her in foal to Dawn Approach at the Goffs November Breeding Stock sale in 2018, but the last foal that she had for him has now gone on to be his second Guineas winner.

Clare Castle Stud purchased Maria Lee for €65,000 that day and she has since had the full brother to Poetic Flare, now a two-year-old called Frazil. 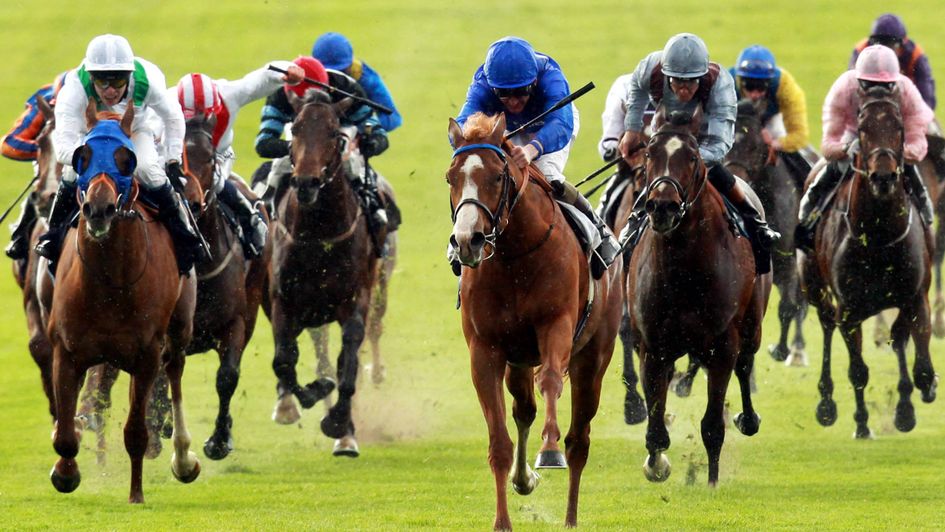 It is fitting that Bolger’s previous Guineas winner happens to be Poetic Flare’s sire, Dawn Approach - the unbeaten champion juvenile who won the Coventry, National Stakes and the Dewhurst before going on to win the Guineas and St James’s Palace at three.

And it was this sort of racing career that would lead us to expect similar greatness at stud. But Dawn Approach did not prove to pass on those genes in the manner that his father and grandfather have done.

Dawn Approach retired to Kildangan Stud at a fee of €35,000 in 2014 and from 85 runners in his first crop, was represented by Group 3 winner Musis Amica, along with two other Stakes winners.

The next crop bred off the same fee gave rise to what had up until Saturday been his best performer – Group 2 winner and Epsom Derby runner up Madhmoon, along with three more Stakes winners from 91 runners.

While the third crop, still bred off €35,000, did not yield a single Stakes winner in 74 starters.

Dawn Approach’s fourth year at stud saw a slight dip in fee to €30,000 and from 62 runners, has so far given rise to 16 winners including one Black-Type winner – Poetic Flare.

But after failing to impress and covering just 32 mares at €10,000 in 2020, Dawn Approach moved back ‘home’ to his old master at Redmondstown Stud for the 2021 season.

What is interesting in Poetic Flare’s story is that his damsire’s career followed a similar pattern to Dawn Approach’s.

Rock of Gibraltar boasted a racing career of seven glittering Group One wins which included two as a juvenile and two Guineas wins. He retired at a private fee to Coolmore in 2003 which was then advertised at a whopping €65,000 in his second season.

In all, Rock of Gibraltar has sired over 1,300 Northern Hemisphere born runners, five of whom have won a race at the highest level in Europe and he now stands for just €5,000 all these years later.

Rock of Gibraltar and Dawn Approach have now both produced offspring to excel at the highest level, but not in the speed and quantity that one would expect from their own previous brilliance and privileged beginnings at stud.

Rock of Gibraltar was actually represented by three Group winners as a damsire this past weekend and was also the damsire of last year’s 2000 Guineas winner Kameko. What’s the lesson? There are no laws, no certainties, no rules. If there was the sport would be unattainable.

But tenacity and diligence? They might get you another Guineas winner.