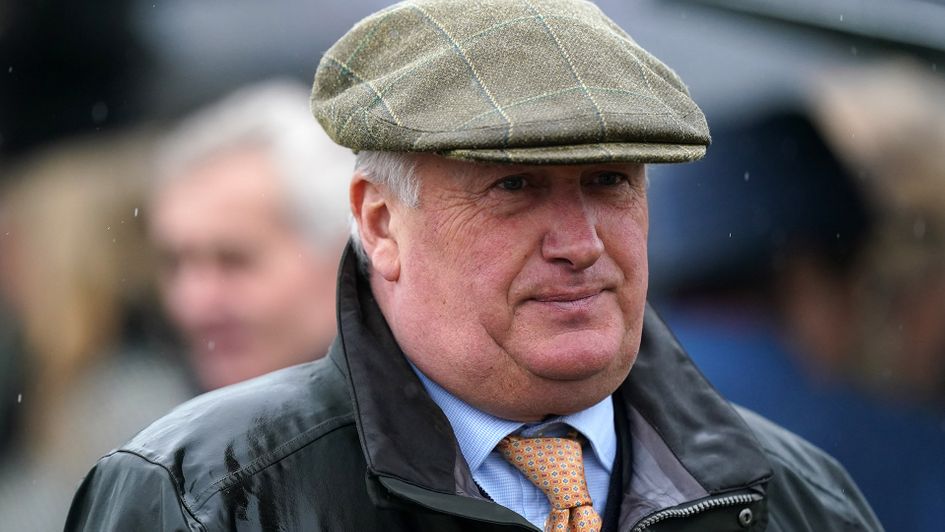 Betfair ambassador Paul Nicholls guides you through his team of runners for this Saturday.

He won over two and a half miles in heavy ground at this track last month ridden by Freddie Gingell. As he was strong at the finish we are upping him to almost three miles which should be in his favour. He was raised 6lbs by the handicapper so its handy that Freddie can claim 7lbs.

I’ve been trying without success to find for a race over fences for him over two miles with a bit of cut in the ground so he is back over hurdles under top weight in this valuable handicap. He looks on a high enough mark and I’m hoping the run will put him spot on for the Castleford Chase at Wetherby on Boxing Day.

I couldn’t be happier with Greaneteen who is in top order after his impressive success in the Haldon Gold Cup and is unbeaten in three Grade 1 chases at Sandown. I like to think he has home advantage because of his great record at the track with the bonus that he won his prep race at Exeter and the ground at Sandown is perfect for him. This is a seriously hot race as it should be for a Grade 1. It’s fair to say that when Shiskin beat him at Kempton last Christmas the soft ground was against Greaneteen who’d had a very hard race in the Tingle Creek and probably shouldn’t have run. He will not run again over Christmas whatever happens on Saturday.

He was a decent staying handicapper on the flat, rated 95, but bled on his only start for us when I threw him and Rubaud in at the deep end in the Adonis Hurdle at Kempton in February. Both had wind ops after that and Rubaud bounced back with a fluent success at Taunton last month. I am looking for big improvement, too, from Pleasant Man who enjoyed himself winning a charity flat race at Haydock a fortnight ago.

She won nicely by thirteen lengths on her debut for us at Hereford early in November, despite slightly needing the run. That was an ideal prep for this valuable fillies juvenile hurdle in which she has solid claims in a first time tongue tie.

I made a mistake in running him over fences last time at Ludlow where he jumped left handed and was never really going. He will be much happier racing left handed over three miles at Chepstow back over hurdles. We are replacing blinkers on Grace A Vou Enki with cheek pieces to sharpen him up and it wouldn’t surprise me to see him return to form.

He has been off for a while with a minor injury and also had a wind op in the summer. But he is usually at his best in the autumn, is ready to run and should again be competitive in a race he won tidily a year ago.

He has been quite backward, found things happening a bit too quickly for his liking on his racecourse debut at this track a month ago and needs more experience. He is a work in progress.

He’s a nice prospect who won a maiden hurdle recently at this course on his seasonal debut, making all the running and keeping on strongly at the finish, so he should relish stepping up in trip to almost three miles. He has always shaped like an out and out stayer.

He is an ex French horse who had a small setback after his only run for us last season and was then a bit too keen for his own good on his return to action at this course late in October. We are stepping him up in trip now and will try to drop him in to get him settled in a first time tongue tie.

He has been off for a long time with a tendon injury since he beat Clan Des Obeaux in the Betfair Denman Chase in February 2021 but has been back in training since July 1 with other members of the Fat Boys Club. I was keen to give him a run in the Charlie Hall at Wetherby but the ground was too quick for him. I’ve done as much as I can with Secret Investor who is brilliant fresh but he’s on a very steep handicap mark and I suspect he will come on tonnes for the run.

I blame myself for running Southfield Harvest last time at Fontwell when the drying ground was all against him on a track that puts the emphasis on speed. I was kicking myself afterwards for not pulling him out. They went flat out, he made mistakes, got behind and it was a wasted run. He was fine afterwards, now wears cheek pieces and will be much happier on this stiffer track on easier ground.

He was progressive as a novice over hurdles but is another of ours who has been off for the best part of two years. The last time he ran he would have won a Grade 2 novice race at Haydock but for knuckling over three from home. He is lightly raced, wants soft ground and I’m hoping there is more to come from him now that he goes over fences.

He’s a lovely horse who gallops all day, made nearly all the running over course and distance on his debut over hurdles and should go close again. If everything goes to plan we will be then be stepping him up in grade.

He’s a nice, big chasing type by Blue Bresil out of a useful mare from a good family. He has been a bit backward but has done plenty at home, is ready to start now and should run well.

Best chance: Knowsley Road (14.47 Chepstow) - He won in style at this track on his debut over hurdles and has a clear cut chance of another success.