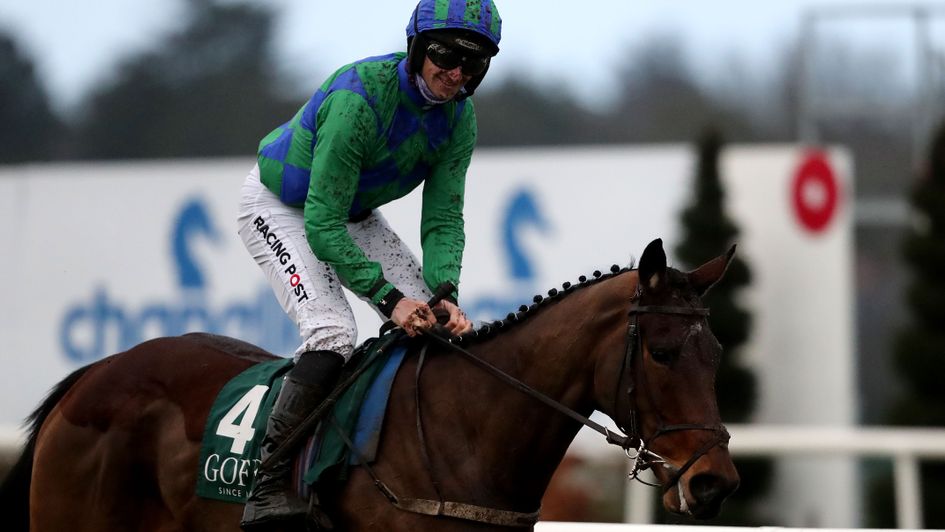 In this week’s Sporting Life Racing Podcast Patrick Mullins runs Ed Chamberlin through the main hopefuls from Team Mullins ahead of the Cheltenham Festival.

Patrick goes through all the main players including Allaho, Energumene, Chacun Pour Soi, Appreciate It, Klassical Dream and more.

When it comes to the ones he has a chance of riding, though, he made no hesitation in nominating Kilcruit as the one he’d love to be on the most, the novice hurdler on track for the meeting’s opening race, the Sky Bet Supreme Novices’ Hurdle.

“I’m a big fan of the horse, I’m delighted with how he feels,” Patrick said on the Sporting Life Racing Podcast.

“There’s not much between him and Sir Gerhard.

“You could argue he jumps slightly better than Sir Gerhard, I don’t think there should be as much discrepancy between them in the market as there is.

“He’s the last horse my Grandmother ever bred, he’s named after our home place and she’s 92, she’ll be there. She wouldn’t miss it for the world.

“I’d love to get on him in the Supreme. I think he’s in really good form.” 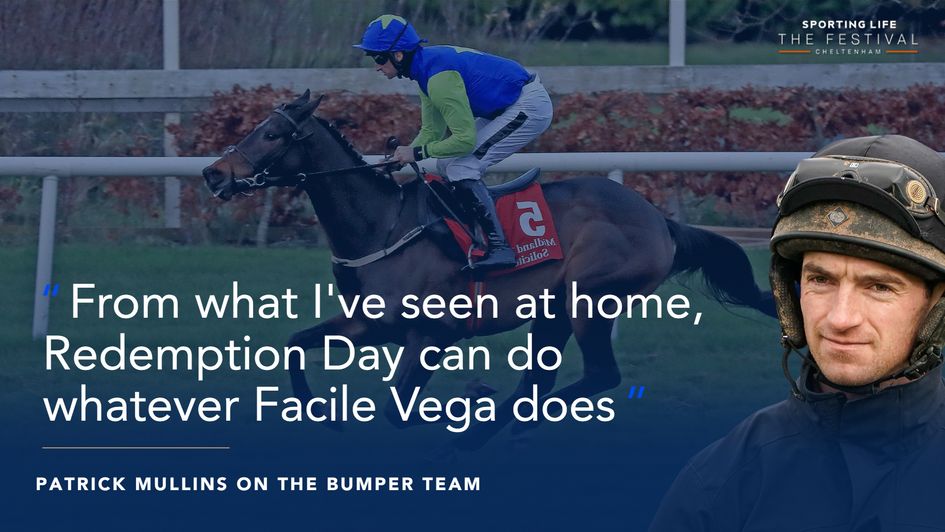 Mullins is also likely to get the choice of ride in the Weatherbys Champion Bumper – “as long as I don’t upset Willie between now and Monday,” he says, but while Facile Vega is the hot favourite for the race he’s still agonising over who is the one to be on.

He said: “I usually get the choice but that’s not always a good thing.

“When I won it on Champagne Fever and Cousin Vinny, Ruby had the choice, and since then we’ve had Briar Hill 25/1, Relegate 25/1 and last year I was on Kilcruit and Sir Gerhard beat him.

“From what I see at home, Redemption Day can do what Facile Vega can do. Now that doesn’t always equate to the track, but Redemption Day was very impressive at Leopardstown and the form has been franked.

“It’s a pity they didn’t get to run against each other at the DRF, that would’ve made my choice a little bit easier.

“Facile Vega has the form in the book and it’s hard to beat that. He gives you an incredible feel. He’s a big long-striding strong horse and Redemption Day is not, he’s smaller, he’s narrow, he’s very relaxed, you don’t know what’s there until you ask him.

“I don’t think the prices reflect what they do at home, anyway.”

To listen to the podcast in full, where you can also hear who Patrick would most love to ride at the Festival from the horses not trained by his father, just hit the play button via any of the platforms below.