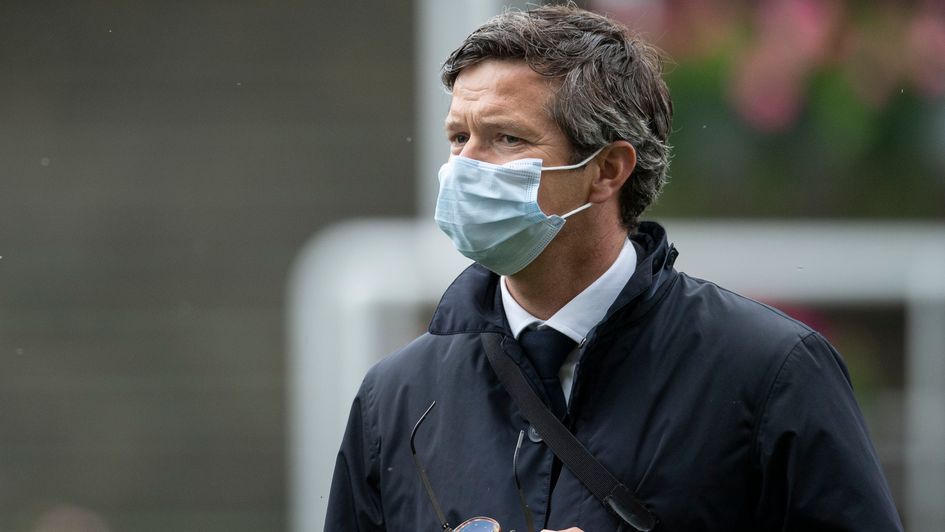 A round-up of the action from ParisLongchamp on Sunday including a notable defeat for Snowfall who went into the Prix Vermeille as favourite for the Arc.

Snowfall suffered the first defeat of her otherwise unblemished three-year-old campaign when a rather laboured second to the Roger Varian-trained Teona (11/1) in the Qatar Prix Vermeille.

Aidan O'Brien's Snowfall was general 5/2 favourite for the Prix de l'Arc de Triomphe heading into Sunday's prep on the back of striking wins in the Musidora, Oaks, Irish Oaks and Yorkshire Oaks, but the writing was on the wall turning for home as Fankie Dettori started to niggle and ask her to respond.

Teona, ridden by Olivier Peslier, had been keen enough in behind the long-time leader La Joconde but she responded well when switched out into the clear and stayed on strongly to hold scrambling 2/9 favourite Snowfall by a length and a half. 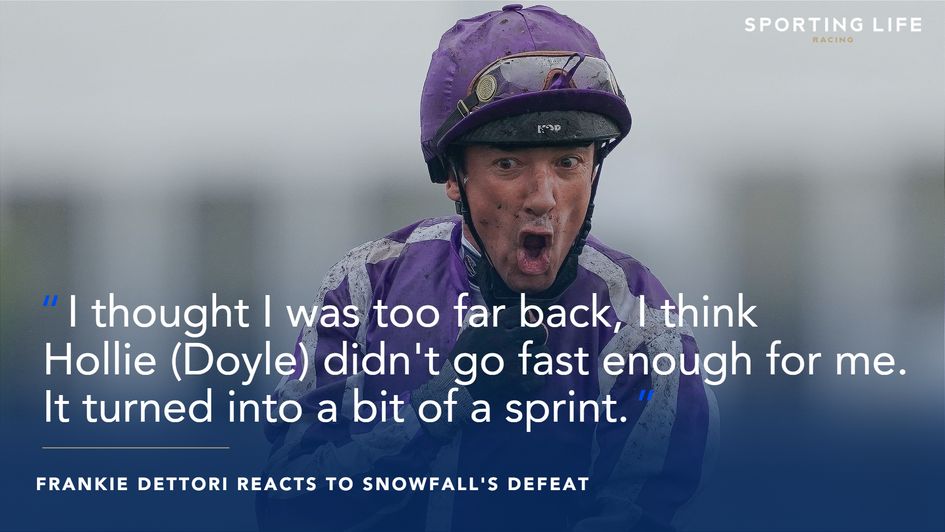 Sea The Stars filly Teona had finished well behind Snowfall at York and Epsom earlier in the season but, following an 85-day break, resumed with a Listed success over Desert Encounter at Windsor at the end of August.

Bookmakers Betfair reacted by cutting the winner to 12/1 from 40/1 for the Arc, while easing Snowfall to 4/1. Tarnawa, second to St Mark's Basilica in Saturday's Irish Champions Stakes at Leopardstown, was also trimmed to 3/1 for Arc glory.

Sky Bet went 8/1 (from 66s) about Teona in their Arc de Triomphe market, while also trimming her to 5/1 from 14/1 for the Champion Fillies & Mares Stakes at Ascot.

The surprise outcome vindicated the belief Varian has long expressed in Teona.

The Newmarket trainer told Sky Sports Racing: “I’m delighted, speechless really. Everything went smooth – I thought Olivier did a great job on the filly, and she settled well.

“She showed what she can do … what she’s capable of. We’ve always had massive faith in this filly, and we were disappointed how the first half of the season went for us.

“But we gave her time, and I’d like to thank the owner for being very patient."

😲 A big shock in France…

TEONA lands the Group 1 Prix Vermeille Stakes at @paris_longchamp for @varianstable with 2/9 favourite Snowfall back in 2nd!pic.twitter.com/6psbpGFiwr

Varian added: “She’s a big-framed filly, and maybe she’s just needed time. I trained her mother (Ambivalent), who was very good – (and) she didn’t win her Group One until she was an older filly.

“I think the family mature into themselves as they get older, so no doubt time has helped her.”

As well as the Arc, Teona holds entries over varying trips next month in the Prix de l’Opera and Prix de Royallieu. Varian hinted, however, that the Arc is most likely – as long as the ground stays in Teona’s favour in Paris.

“Most importantly, (we must) make sure the filly is sound and healthy tomorrow morning – and see how she trains over the next couple of weeks,” he said.

“I’d like to hope those are options we can consider. I do think she’s a filly who appreciates a sound surface, so she’d want this sunshine to continue for another few weeks.

“I think a mile and a half is her trip. I’ll speak with her owner and the team at home, but she’s got all those options because we believed in her – and I’m so pleased she’s come good today.”

Peslier, a four-time Arc winner himself, gave Teona a vote of confidence too.

Asked if she could follow up in the Arc, he said: “Why not?

“I’ve had many winners (in the race). But each one is different – so if we have a chance to win another one, of course. If you don’t run, you never win.”

Japanese challenger Deep Bond, trained by Ryuji Okubo, was given a forceful ride by Cristian Demuro in the mile and a half Group Two and, having raced over two miles when last seen in his native land, put his proven stamina to good use by kicking for home on turning into the straight.

Frankie Dettori tried to bridge the gap in the final couple of furlongs but Deep Bond kept finding out in front and held O'Brien's five-year-old at bay.

There was a tight finish to the Group Two Qatar Prix Niel, with Bubble Gift just edging out Baby Rider after they appeared to flash past the post as one.

Baby Rider appeared to have mastered his rivals with 100 yards to run but Gerald Mosse got one final lung from his mount and Bubble Gift scored by a nose at 5/1.

The big disappointment of the race was odds-on favourite Pretty Tiger, who tried to take the race by the scruff of the neck turning for home but weakened out of it to be last.

Only five went to post for the recognised Arc trial following the late withdrawal of Aidan O'Brien's Bolshoi Ballet on account of a passport irregularity concerning his equine influenza vaccination.

Paddy Power make the winner 50/1 from 100/1 for Prix de l'Arc de Triomphe glory over the same course and distance early next month.