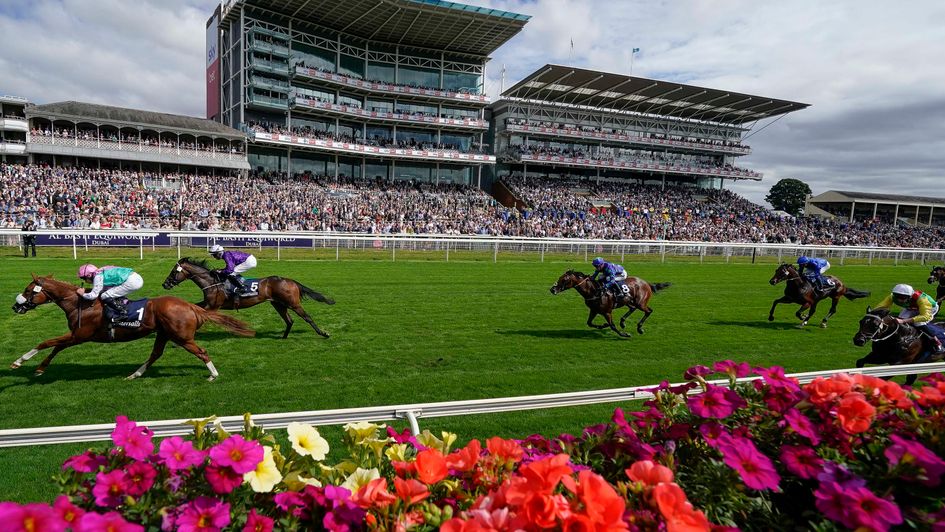 Oviedo was third to Chaldean in the Acomb Stakes

Oviedo sights set on Goffs Million payday at the Curragh

Oviedo will fly the flag for Edward Bethell’s Yorkshire stable in the Goffs Million at the Curragh on Saturday.

The Lope De Vega colt, who gains eligibility for the race as he was purchased via the 2021 Goffs Orby Sale, won on debut with a smart performance in a July Doncaster novice.

After that the bay headed to York for the Group Three Acomb Stakes, finishing third behind Andrew Balding’s Chaldean and Michael O’Callaghan’s Indestructible.

The former went on to win the Group Two Champagne Stakes ahead of the latter, with some of the lower-placed Knavesmire finishers also giving the Acomb form a boost as Local Dynasty and Chillhi have both won since.

“The form is absolutely rock solid from the Acomb Stakes. It’s a very competitive race but he goes there in really good form, so we have our fingers crossed for a good run,” Bethell said.

“The horse that came fifth (at York, Local Dynasty) has won by fourth lengths since, hard on the bridle, the horse in eighth (Chillhi) went and won off 85 in a nursery. The form is as strong as you’ll find.

“He’s been working really well, I’ve been very happy with him, we just have to hope he covers himself in glory at the weekend.

“It’s one of those things, it’s a wide-open race but there are some very good horses in there and I’m under no illusion as to how how difficult it will be to win – so it should be for a race worth €1million.”