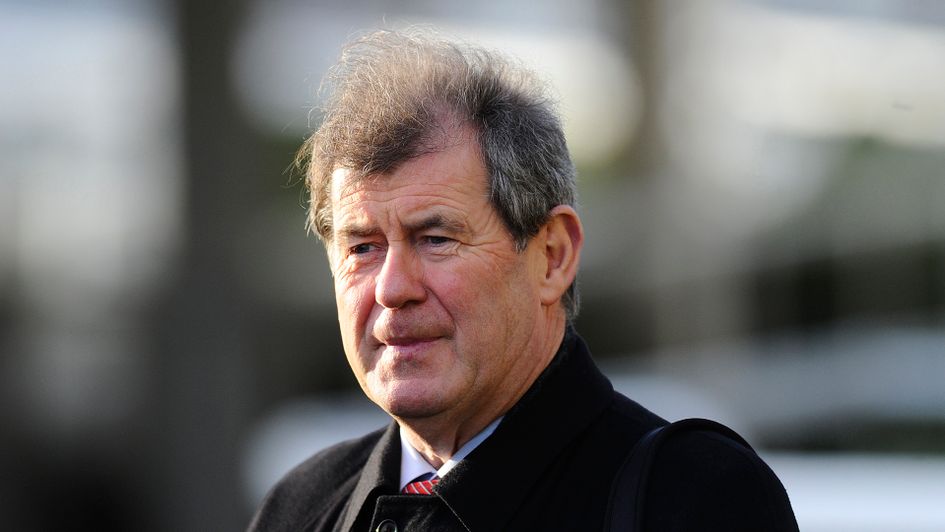 Only once in the last seven years has there not been a JP McManus-owned horse on the podium after the Galway Hurdle has been run.

That was in 2015, when Thomas Edison would definitely have finished in the first three, and might even have beaten the winner Quick Jack, had he not come down at the final flight.

You can’t discount any of the four JP McManus representatives in this evening’s renewal either. The market tells you that Hearts Are Trumps is the least likely of the quartet, but the Des McDonogh-trained gelding won a valuable handicap hurdle at Fairyhouse in April, when he battled on well to get home by a half a length from Magic Tricks, and we know that he loves Galway. He won a handicap hurdle there at the October meeting in 2018 and he finished second in last year’s renewal of the Galway Hurdle, racing off a handicap rating of 136, just 1lb lower than the rating off which he races today.

Third behind Band Of Outlaws – a late defection from today’s contest – in the Fred Winter Hurdle at the 2019 Cheltenham Festival on his first run for Willie Mullins, and second in the Betfair Hurdle at Newbury 11 months later, Ciel De Neige didn’t get off the mark over hurdles until he landed odds of 1/8 in a maiden hurdle at Limerick last Christmas.

Click here for FREE video replays and live odds on the Galway Hurdle!

Only ninth in the Ladbrokes Hurdle at Leopardstown in February, he filled the same position in the County Hurdle at Cheltenham, but he was only beaten a total of six lengths by the winner Belfast Banter that day, and he meets that rival on 14lb better terms today. The last time we saw JP McManus’ horse was in a valuable handicap hurdle at the Punchestown Festival, when he hit the front on the run to the final flight and looked a likely winner before he was mugged close home by his stable companion Koshari. 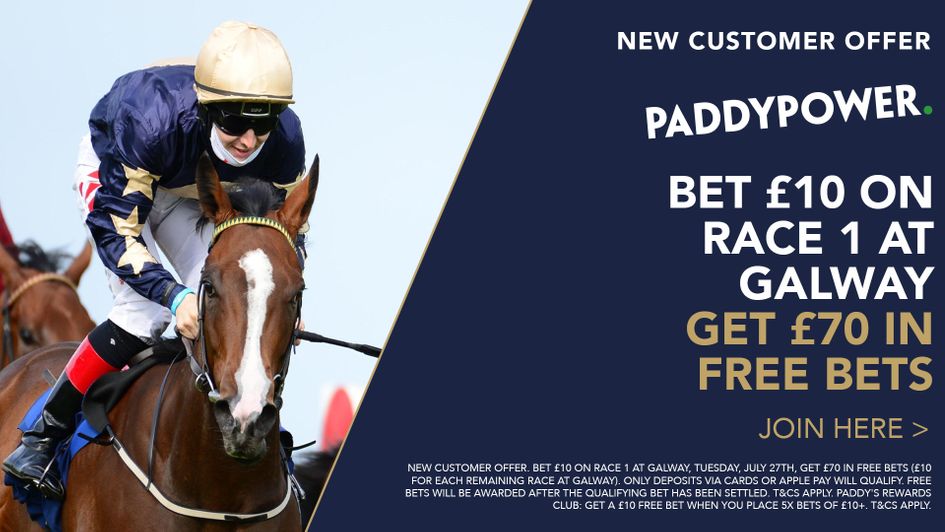 He gets to compete today off a handicap mark of 141, just 4lb higher than his Punchestown mark, yesterday’s Galway Plate hero Paul Townend takes the ride, and the fitting of a set of blinkers instead of cheekpieces could elicit further improvement.

Magic Tricks is favourite now, and that is not surprising. He is the choice of Mark Walsh for starters, he wears the white cap. He has won just once over hurdles, a maiden at Navan last December, but he might have won that handicap hurdle at Fairyhouse in April had he jumped the final flight a little better, and he warmed up for today nicely with a good run on the flat at Killarney two weeks ago, when he kept on well to finish second behind Monas Melody.

That was his first run back after a short break, and it should have brought him forward nicely for today. A full-brother to Abacadabras, Denis Foster’s horse is only five and he has raced just five times over hurdles. He has the potential to go well beyond the handicap rating of 137 off which he races today.

At the prices, however, the best value of the JP McManus four, and of the field of 20, may be WINNER TAKES ITALL. Joseph O’Brien’s horse was seriously impressive in winning at Bellewstown last time. Of course, this is a significant step up in class, into a Galway Hurdle, but he couldn’t have been any more impressive than he was in beating Wouldn’t You Agree, with the 125-rated Run For Oscar back in third.

That was a win-and-you’re-in race for the Galway Hurdle, it meant that he wasn’t subject to ballot, and so connections could plan for today with the surety that he would get into the race. It is probable that he has had today’s race on his radar for a while.

The handicapper raised the Nathaniel gelding by 13lb for that Bellewstown win to a mark of 132, but he is only six and he has raced just seven times over fences, so there is every chance that he will continue his progression now. Also, he is rated 96 on the flat, so that still gives him plenty of leeway in a hurdles mark of 132, and Simon Torrens takes off 3lb for good measure.

Of course, it is a hugely competitive race in which you can make cases for plenty. Sole Pretender ran well to finish fifth in the Galway Hurdle in 2019, but Norman Lee’s horse appears to be a better horse now than he was two years ago. He probably put up a career-best last time in beating Darasso in the Grade 3 Grimes Hurdle at Tipperary, and he gets to compete today off a mark of 150, just 3lb higher than the mark off which he competed two years ago. It would be a memorable victory for a small local yard.

Winner of the 2019 renewal, Tudor City, is back again. Tony Martin’s horse hasn’t won again since, but he has dropped back down the handicap as a result, back to a mark of 139, his mark of two years ago, and he shaped really promisingly in the Apprentices’ Derby at The Curragh on Irish Derby weekend, staying on well from the rear to take third place behind Beyond Happy.

Call Me Lyreen is another lightly-raced classy hurdler, he won the Grade 2 Fishery Lane Hurdle at Naas last November, who has the potential to go beyond his handicap rating of 140, and Belfast Banter is a County Hurdle winner and a Grade 1 winner, who gets to race off a mark of 144. And Peter Fahey’s horse won his maiden hurdle at Galway last October.

The Neil Mulholland-trained Milkwood is a really interesting and welcome runner from Britain, third in the County Hurdle, just over two lengths behind Belfast Banter and 8lb better off today, but in a typically competitive and high-class contest, Winner Takes Itall could be the answer.