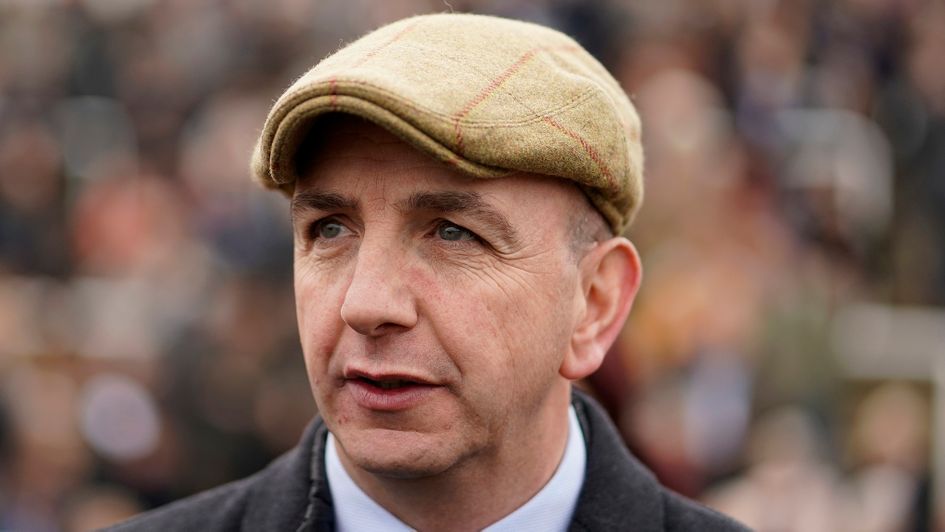 After only a year, trainer Fergal O’Brien has already seen a vast improvement in the riding skills of those who have embraced the jockey coaching programme.

Since Sally Randell, O’Brien’s assistant and partner, successfully completed the jockey-coach course, the 25 full-time staff and part-time workers at Ravenswell Farm near Cheltenham have wasted no time in improving their efforts in the saddle.

June 7 to 13 is UK coaching week, highlighting one of the many training activities and modules available through the Racing2Learn platform for staff throughout all sectors of the industry. Thanks to funding from the Racing Foundation, there is something for anybody looking to enhance their career prospects.

“It’s been hugely important to us in the yard having young people coming through and trying to train them up, so they come in one side and are able to go out the other fully trained and able to do a job in other yards or other parts of the industry,” said O’Brien.

“The jockey coaching has been great because it’s a great sounding board for them as well.

“It’s also good for the part-timers who are either at college or university in the area.

“Their day-to-day job is mucking out and riding and stuff, but some of them have never worked in racing before so for them to come into a racing yard, it’s great to have the simulator in the British Racing School lorry.

“It teaches them about position and Sally can video them on the gallops. It helps us to improve their position on a horse and all the rest of it.”

“I don’t think it’s necessarily important for you to have race-ridden in this role because it’s experience you need within racing, not necessarily as a jockey, but I do think that definitely helped. I’ve always helped bringing young people through when I was a smaller trainer and helping them get their first point-to-point rides.”

Tia Harrison has been with O’Brien for two and a half years and has found learning to school horses over hurdles and fences a boost.

“We did a theory lesson first and then we did some lessons in a school to get us used to schooling, then we were able to go out on a schooling strip and now we can school when we’re able to,” she said.

“It was really helpful to learn the basics of how to school safely and properly before we were allowed to actually school all the racehorses.

“I schooled a few months ago and we’ve able to school a few times since. Me and Zoe (Peake, stable hand) did it with two others from Kim Bailey’s yard. It was great to do it in small groups.”

O’Brien has seen the advantages of having stable staff learn to help with schooling.

“Most yards, especially our size with 80-plus horses, general stable staff would not do a lot of schooling. They would leave it to the jockeys who ride on the race track. It’s nice to be able to get everyone involved and gives everyone a better understanding of the job going forward.

“The riding courses help us as trainers, but it’s also great for the people who are learning as well.”

Randell has seen the benefits it brings to other yards.

“From going the round the yards where I’ve been helping in the Lambourn and Cotswolds areas, you notice which yards are taking on this opportunity,” she said.

“Daniel and Claire Kubler in Lambourn are really into it. They have got a rider coach in their yard and you can see how far ahead their staff are just by getting the regular coaching to yards that don’t do it. There are a lot of people that need more help.

“If we can get the rider coaches into as many yards as possible, with the experienced people and experienced riders without needing the racing school lorry going everywhere, you can help your staff in house. We’re going to keep people in racing and keep them improving.

“I think it’s been massive. Tia and Zoe got to do the introduction to schooling which was great, but we’ve also had a few people join our yard from the eventing background and just a general riding background.

“We’ve got a lad called Jake (Mann) who had never ridden a racehorse when he came to work for us and I did some work with him only two weeks ago and the improvement in him in a week, just work riding, was really noticeable.

“That sort of thing, it gets everyone to a level. No one is falling back, everyone is getting an opportunity and the people you see who don’t quite grasp the work-riding structure, they only need a lesson to understand it all and they jump up to scratch.

“Then you are keeping all your staff up to a level and getting the horses trained well, so it’s really important.”

O’Brien said: “It’s nice to have everyone on board and the aim is when people come here to work for us, we don’t lock the gates and keep them here.

“What we want to do is make them better individuals and when they do leave, they leave with more skills than when they arrived – whether they were with us for one year or three years.

“The important thing for us is they learn while they are here and it can help them go forward.”

With the yard hitting 100 winners for the first time last season and the tally for this term already into the 20s, the O’Brien stable is not standing still.