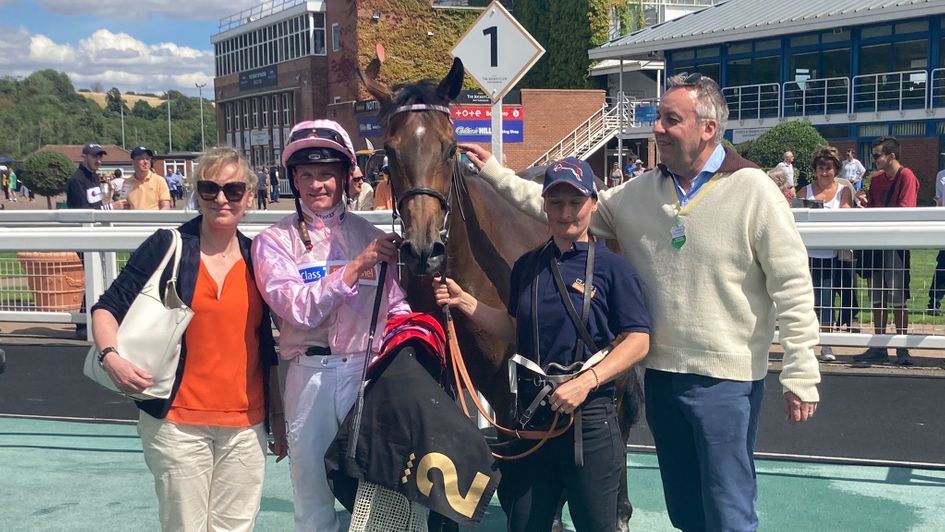 A review of the action from Nottingham on Thursday including a win for Polly Pott, whose owners are often associated with the jumps game.

Owners Andrew and Jane Megson might be counting down the days until Global Citizen contests the American Grand National. However, the couple have plenty to look forward to on the Flat in the meantime with Polly Pott, judging by her latest success at Nottingham.

Better known for their achievements over jumps, the Cheltenham Festival-winning owners celebrated a rare winner on the Flat thanks to the Harry Dunlop-trained daughter of Muhaarar, who backed up her recent Bath win in the Racing TV Extra Nursery Handicap.

The 7/2 chance, who is named after a P G Wodehouse fictional character, appeared to appreciate the three-furlong step up in trip when running out a half-length winner of the extended mile contest to complete a quick-fire 5.3/1 double for winning rider Rob Hornby.

Andrew Megson said: “When she finished at Bath, she finished like an express train. She stumbled then came past and won. It looked like she could have done another lap.

“We really like her and are very happy with her. The thing is she doesn’t want anything in front of her. I’m thrilled with her.

“Her first run she got caught in the stalls at Newbury and came seventh but finished well and her second run she was unlucky. We expected a good run and she has got a lovely attitude.

“We’ve only got two on the Flat but we will probably have a couple more soon as we are seeing Harry on Saturday morning so it is not a bad time to be visiting.”

Having enjoyed a day to remember with Global Citizen at Cheltenham back in March in the Grade Three Johnny Henderson Grand Annual Handicap Chase the couple now hope he can secure further big-race success at Far Hills on October 15.

Andrew Megson continued: “We are seeing Ben (Pauling, trainer) tomorrow and we are hoping to go to the American Grand National.

“He is going up in the weights and he is not a Grade One horse anymore so the American Grand National should suit him well, as will the ground. He looks like a beast already after having the summer off.

“Ben was talking about it last year but with all the lockdown and everything going on it didn’t happen. This year we thought we would have a go especially as he has won the Grand Annual.”

The combination of trainer Ralph Beckett and Group One-winning rider Hornby struck gold in the opening race for the second meeting in succession at the track after Juliet Sierra justified her 2/5 price tag in the British EBF Restricted Novice Stakes.

Having taken the curtain-raiser at the track a week ago with Dandy Alys, the pair teamed up to good effect once again with the daughter of Bated Breath, who went one better than her debut at Newmarket when scoring by two lengths in the six-furlong affair. 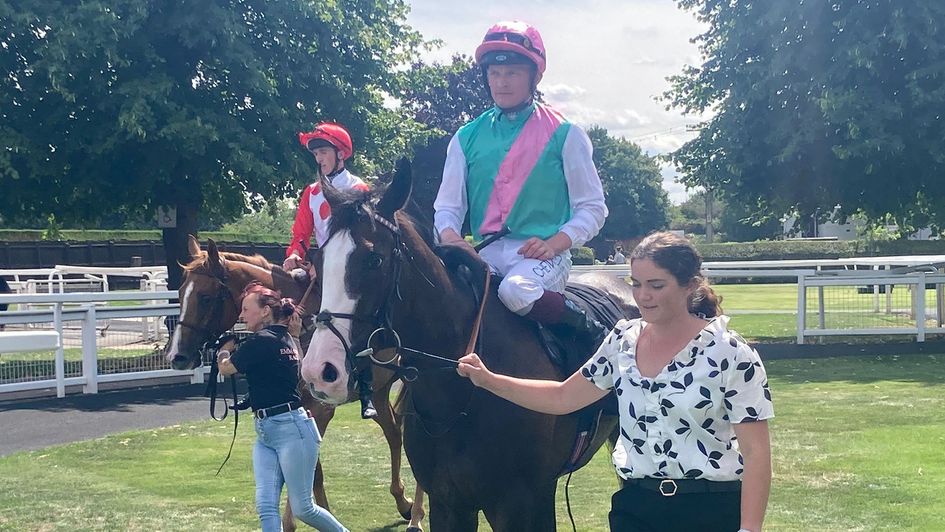 Hornby said: “I’m delighted. It was nice to see her relax with a bit of cover and use that experience wisely.

“She fired herself into some nice gaps and saw plenty of the front and just showed that she is a nice type and one to look forward to going over further as she galloped out well.

“We put the nose band on her today to make sure she did it the right way round and we were keen to get cover looking like she would be the one to beat. It was nice to ride her with confidence like that and teach her a lot.”

Apprentice William Cox ensured he kept in the good books of his uncle, and trainer Clive Cox, when moving to within one winner of losing his claim with a one and three-quarter length victory aboard Just Amber (100/30) in the Join Racing TV Now Fillies’ Handicap over an extended mile. 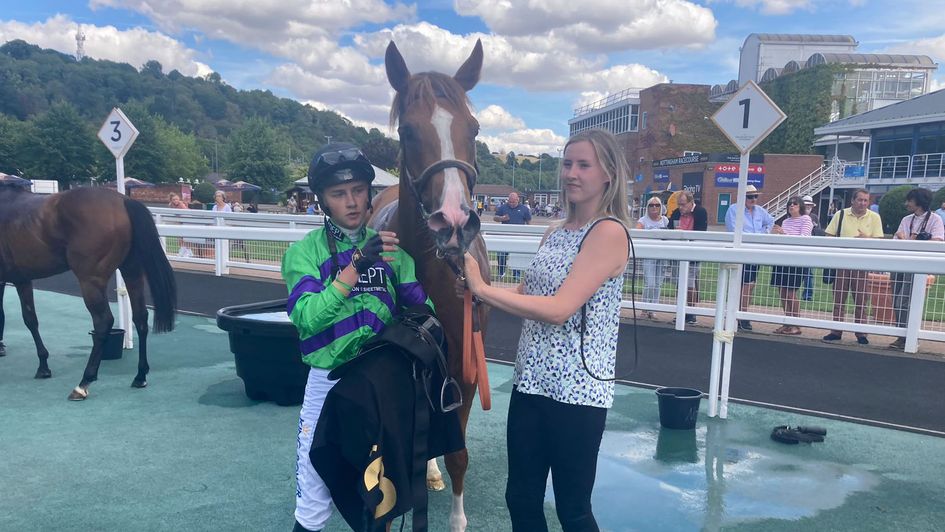 Cox said following his 94th winner: “I rode my first winner for my uncle when I started riding and it would have been nice to ride out the claim on her today but I still have one more to go.

“The last day she ran around here she just got checked and a bit short of room. I got left a little slip up the inside so I made my presence felt so that I didn’t have to check her at all and could keep running forwards. A mile is her spot.”

Aldeenaary gave his owners Rockingham Reins Limited a timely boost after learning they will be without star stayer Ocean Wind for the rest of the season when springing a 50/1 surprise on his debut in the Racing TV Profits Returned To Racing Novice Stakes.

Picked up for just 12,000 guineas by his current connections, the Shadwell cast off showed a smart attitude on his belated debut at the age of four to score by a neck under Jim Crowley.

Harry Teal, assistant trainer to his father Roger, said: “I thought he was a bit overpriced as it was an ex Shadwell horse but he has shown a good attitude since we have had him.

“Jim was quite positive at that trip (mile and a quarter) but it does look like he will get further. We have given him a bit of time for his coat to come but he has been working well for some time but we have held on to him to make sure he is 100 per cent ready.”

On Ocean Wind, Teal added: “Ocean Wind had been training well but unfortunately picked up a leg injury just a couple of days before the Goodwood Cup. We scanned him and there was a little tear there.

“He has gone back to Blandys Farm and is being treated there and we will see what happens for next year. He just needs some time off.”