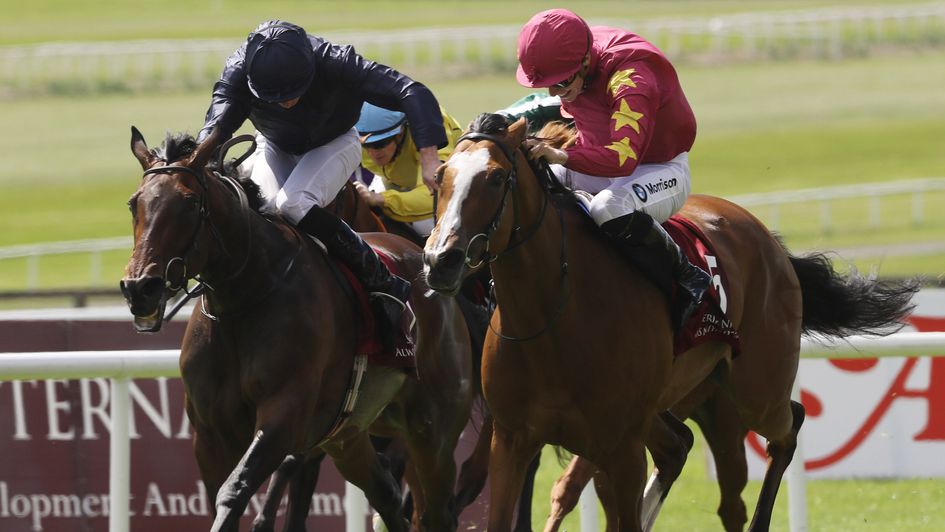 Thundering Nights (right) on her way to victory

Thundering Nights got the better of Santa Barbara in a fantastic finish for the Alwasmiyah Pretty Polly Stakes at the Curragh on Sunday.

The pair locked horns from a furlong out as Aidan O'Brien's highly-regarded Santa Barbara came with a late burst towards the far rail but 16/5 chance Thundering Nights - trained by Aidan's son Joseph - found extra close home under Shane Crosse and held on by a neck.

Third went to the 11/4 favourite Cayenne Pepper, who had to settle for a place again having been second 12 months ago behind Magical.

Epona Plays led the eight-strong field along for the 10-furlong Group One, from Shale in second and Shane Foley stalking them on Cayenne Pepper on the outside through the early stages.

Santa Barbara sat fourth under Ryan Moore on the inside of eventual winner Thundering Nights, who was able to steal a bit of a march on the runner-up when the pace-setters began to come back to the rest.

The fillies were going through the gears at the two pole but Thundering Nights took charge soon after and while the door seemed to be ajar for 3/1 chance Santa Barbara when the leader drifted off the rail, she gamely found more in the dying strides to emerge a deserved winner.

Sky Bet and Paddy Power cut Thundering Nights to 8/1 from 14s in their antepost market for the Nassau Stakes at Goodwood's Qatar Festival. 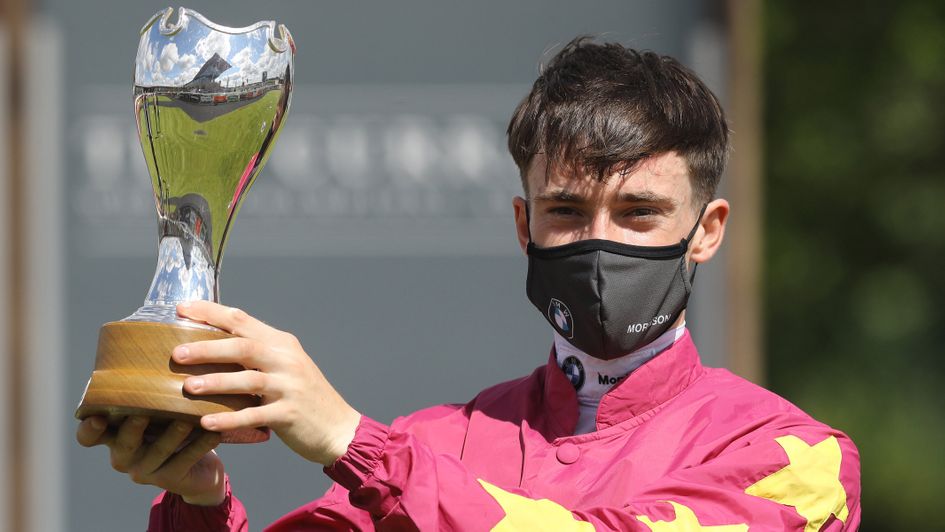 Shane Crosse celebrates with the trophy

“She’s a great mare, she’s very tough and every time you ask her a question she rises to the occasion,” said O’Brien.

“She’s never run a bad race really and I’m delighted for Shapoor Mistry, the owner. I’m very proud of her.

“She always has a bit of a look around when she goes to the front and she did that again today, but when the other one came to her she really fought back.

“Broome just nabbed her here one day on the line, but she had an opportunity to fight back today and she did that.

“In America she would have won in another stride, the tight track caught her out a little bit as it was her first time around the bends over there.

“She had to spend a week after the race over there so she’s only been back a couple of weeks. She trained there for a week, then shipped straight back and came straight here. She has a great constitution. 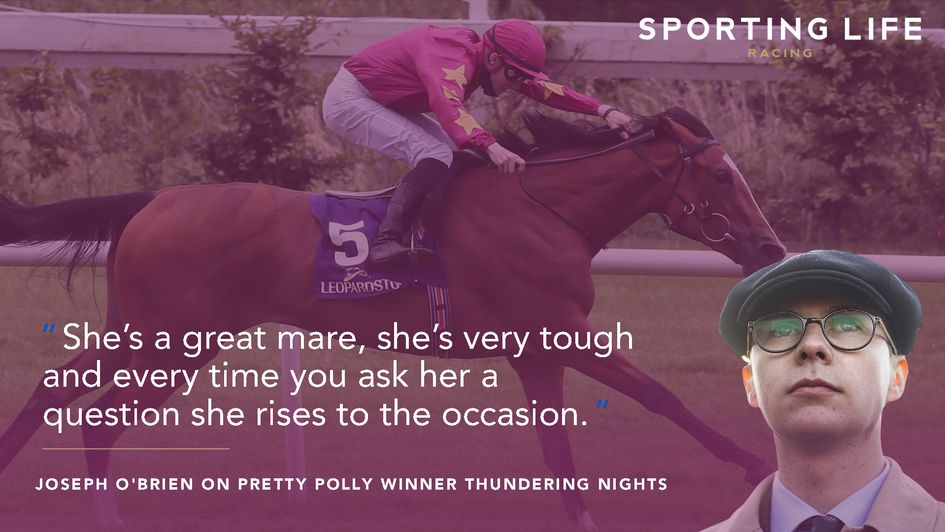 “She has options back in America, like the Beverly D., and she also has the likes of the Nassau and Matron.

“She’s a Group One winner now so she’s a very exciting broodmare prospect no matter what happens.”

O’Brien added: “Shane deserved that because over the last couple of days a few things didn’t go well for him.

“That’s the way it goes in racing and you just have to remain confident and keep doing what you are doing. That’s what he’s done and he was rewarded.”

"She's a very tough filly with a great constitution" @JosephOBrien2 was delighted with his Group One-winning filly Thundering Nights today @curraghrace when speaking to @Franmberry - she's expected to have a bit of time off now having backed up quickly from Belmont 👍👌 pic.twitter.com/WkZ4sRySe1

Aidan O’Brien was also pleased with the effort of Santa Barbara.

“I’m delighted she ran well, I was very happy with her,” he said.

“After Epsom we were hoping it was the trip and the ground and it looks like she wants a mile or a mile-and-a-quarter as she’s not short of pace.

“She did everything right, Joseph’s filly was very unlucky in America the last day and she’s tough. When she got to her she didn’t surrender and his horses are running well.

“We were thinking of going to the Nassau with Joan Of Arc and maybe to split them up this filly could have the option of going to the Belmont Oaks in a couple of weeks' time. That’s one option.

“She’s a big powerful filly and hopefully she’ll be there for next year as well.”