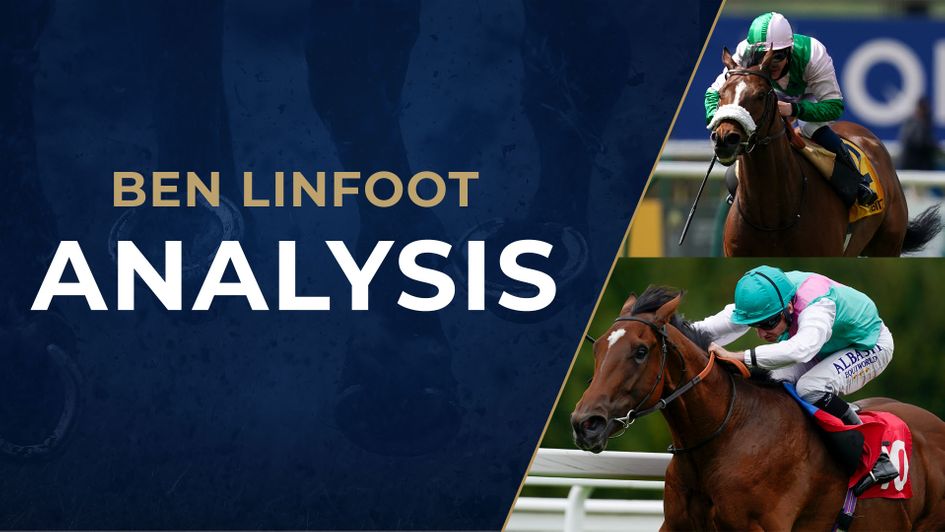 Bell Rock and Nostrum: Two to follow at the Cambridgeshire Meeting

Our form expert Ben Linfoot picks out five points of interest at this week’s Cambridgeshire meeting at Newmarket.

Saturday is billed as “Juddmonte Day” as the breeding operation sponsor the Royal Lodge, Cheveley Park and Middle Park Stakes, but it could end up being Coolmore Day or even H H Aga Khan Day, though the predominately emerald green silks representing the latter will not be on show, not at Newmarket anyway.

That’s because the season’s outstanding juveniles, one colt and one filly, Little Big Bear and Tahiyra, respectively, have been put away for the winter – but their form will be put to the test for all to see in Newmarket’s two juvenile Group Ones.

We’ll get an indication of what substance there is to Tahiyra’s undoubtedly stylish Moyglare Stud form when two-and-a-quarter length runner-up Meditate runs in the Cheveley Park, with the previously unbeaten daughter of No Nay Never dropping back in trip to six furlongs.

The feeling is she was beaten by a freak at the Curragh and if she bounces out of that quickly with a Group One win of her own, the Tahiyra talk is only going to ramp up another notch.

It won’t be easy, though, as this looks a good renewal. Trillium, also by No Nay Never, impressed when defeating Rocket Rodney and The Platinum Queen over five furlongs and she should have no bother with the step back up to six. 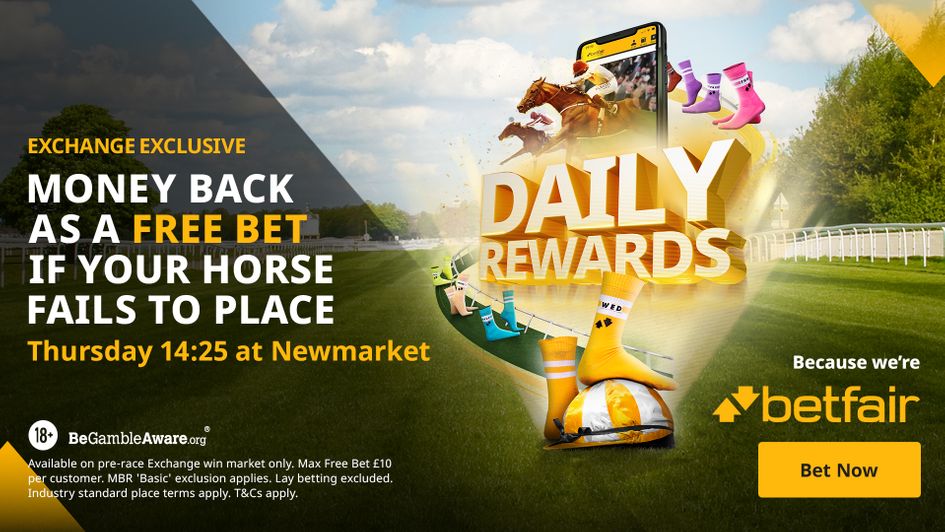 Sky Bet Lowther Stakes victor, Swingalong, who slammed Firth Of Clyde winner Barefoot Angel previously at Ripon, is another contender and Ralph Beckett has a strong hand with a pair of Group 3 winning-fillies in Lezoo and Juliet Sierra.

As for the colts, Little Big Bear’s form will be dissected via the performance of Persian Force, who was seven lengths in arrears of the 2000 Guineas favourite in the Keeneland Phoenix Stakes, while Blackbeard, Little Big Bear’s stablemate at Ballydoyle, could also run having beaten Persian Force half a length in the Prix Morny last time out.

We’ll get a clue on the pecking order merit of 2000 Guineas second favourite Noble Style, too, via Gimcrack runner-up Marshman and York fifth Royal Scotsman, who was very good in the Richmond but is on a bit of a retrieval mission now.

If Aesop’s Fables runs as well, he brings Al Riffa’s National Stakes victory to the party, so it should be a very informative day with a view to the future, as well as having two excellent renewals to enjoy in their own right. 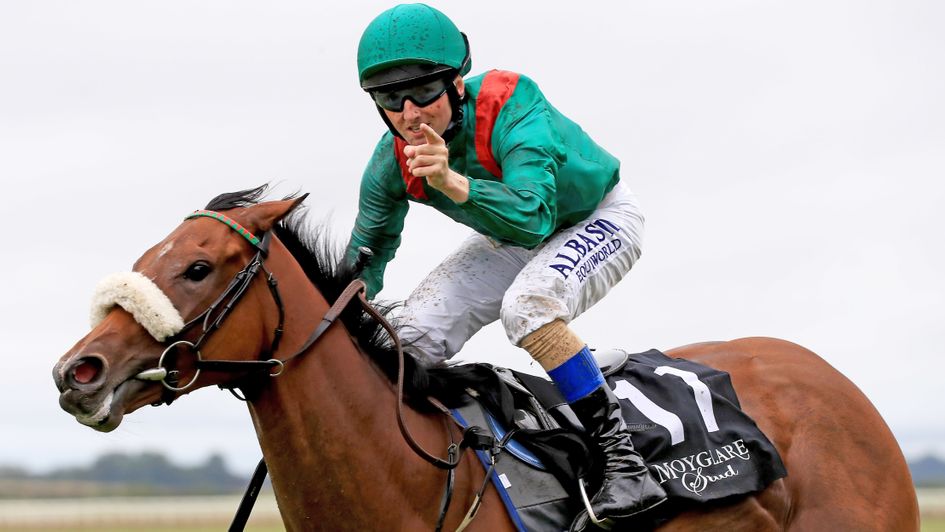 Tahiyra's form could be boosted further in the Cheveley Park

If it felt like a quiet August for the Gosden team, that's because it was. A return of nine winners in the UK and Ireland was Gosden’s least productive August since 2011 and a stark difference to his previous three Augusts where he registered 26, 17 and 16 victories.

At least they won the Sky Bet Ebor with Trawlerman. But if August was quiet for John & Thady then September could be a different story altogether. They’ve been ticking along nicely at 24%, Mostahdaf and Mimikyu were impressive early in the month and now they’ve a double-handful of Cambridgeshire meeting entries.

It’s Gosden’s time of year, after all. The leading trainer in the feature Cambridgeshire Handicap with five wins, from Halling in 1994 to Lord North three years ago, the Clarehaven outfit rely on Magical Morning this time around, an in-and-out character who was 23rd in the race last year, but is capable on his day.

Admittedly, it’s not a strong hand in the feature, but the winners could come from elsewhere. They run A Dublin Lad, Amtiyaz and Super Chief on day one, while Friday could be a productive afternoon with Crenelle, Thundershower, Commissioning and Queen Of The Skies set to run.

Gosden had five winners at the 2015 Cambridgeshire meeting, his most successful, and while that personal record doesn’t look in danger over the next three days it would be a surprise were he to draw a blank as that hasn’t happened for 11 years. 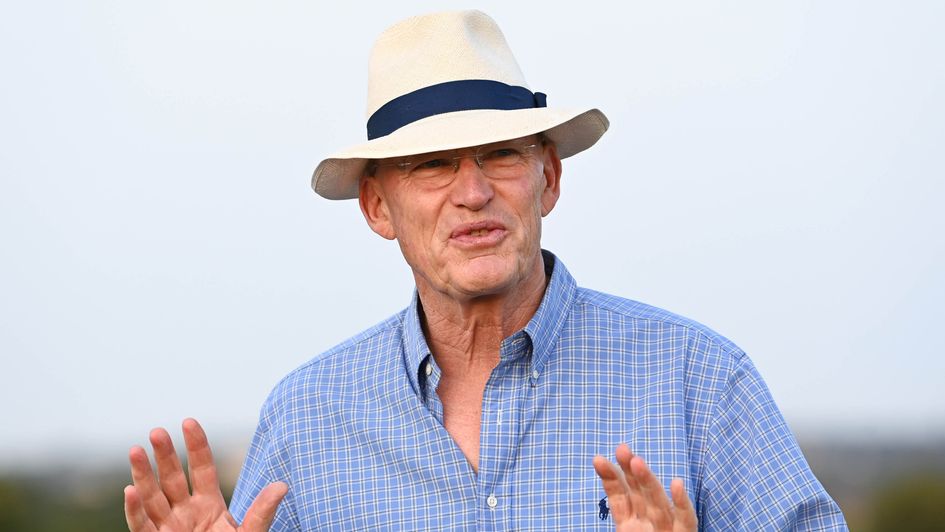 John Gosden: Hasn't had a Cambridgeshire meeting blank since 2011

Can Nostrum deliver on debut promise?

Nostrum became Sir Michael Stoute’s first winning two-year-old debutant at Sandown Park for 14 years, a run stretching to 48 horses, when he landed a maiden there in July at odds of 13/2 (replay below).

The Juddmonte green cap told you he wasn’t even the most fancied horse among his ownership in that race, but he defied all of that to run out a most impressive winner, quickening clear by three lengths in the style of a very smart colt.

Given his handler is renowned for bringing along his two-year-olds slowly, this was very much a sit-up-and-take-note performance, one that has aged well, too, thanks to the subsequent exploits of those in behind.

The third home, in the Juddmonte pink cap, Arrest, came out and beat future Convivial winner Desert Order at the same track, while the fifth home, Batemans Boy, ran away with a Haydock novice on August 5.

It has felt a long wait to see Nostrum in action again – he could’ve run at the Leger meeting but didn’t – so it’s with great anticipation that he returns in the Group 3 Tattersalls Stakes on Thursday, a race Stoute hasn’t won since Annus Mirabilis struck for himself and Sheikh Mohammed in 1994.

It will be a good test with Chesham winner Holloway Boy and Victory Dance in opposition, the latter aiming to build on his Listed Denford Stakes win at Newbury for Charlie Appleby, who is going for a hat-trick in the race.

But this Nostrum looked potentially very smart at Sandown. And if he wins this select renewal in the style he did on debut, he’ll be firmly on the Classic radar for 2023 (he’s currently a 20/1 chance for the 2000 Guineas).

Could Kingman progeny take the meeting by storm?

On Thursday there is the aforementioned Nostrum and Super Chief, on Friday there is Crenelle, Commissioning, Tempus and Candleford, and then on Saturday there is Bell Rock in the Cambridgeshire (see below) and a whole host of possible runners in the Blandford Bloodstock Fillies’ Maiden.

Commissioning goes into the Rockfel rated 107P on Timeform, the large P rolled out after a highly impressive debut score on Newmarket’s July Course, while Tempus is on a four-timer in the Group 2 Joel Stakes following Group 3 wins at Salisbury and Deauville.

Candleford is aiming to bounce back after two defeats over 1m6f, but perhaps dropping back to a mile and a half is exactly what he needs, and Super Chief looks a strong candidate for the Newmarket Challenge Whip as he’s expected to come on for his handicap debut last time out.

Kingman’s progeny have done very well on the Rowley Mile from September onwards, winning 11 from 57 at 19% at HQ in the autumn, and there’s every chance that strike-rate will look even healthier in three days’ time.

What about an early fancy for the Cambridgeshire?

There is lots to ponder later in the week here as we wait to see how much of the forecast rain falls on Friday and into the evening, while there’s obviously the draw to consider.

The price the finger has been hovering over since going through the five-day decs, though, is the 20/1 about Andrew Balding’s Bell Rock, as he’s proven over this test and is undeniably well treated off 97.

That’s almost enough to pull the trigger, but the one sticking point is the potential for rain as he really wouldn’t want conditions to turn soft as he loves fast ground. Let’s just say the ground remains ‘Good’, though. In that scenario he’s a huge player.

He’s a three-time winner over the Rowley Mile, he’s won over the nine-furlong course and distance easily off a 6lb higher mark, he was third to Majestic Dawn in this race two years ago and gets a 23lb pull at the weights with him, and he was beaten just two lengths by the general 4/1 favourite for this race, Mujtaba, over a 10-furlong trip that stretches him at Doncaster last time out.

Top 3lb claimer Harry Davies could take the ride in a race that has been kind to apprentices in recent years as well (Louis Steward and George Wood won as claimers), so there really is a lot to recommend him.

While he wouldn’t want that rain, it might be worth taking a risk on the weather.