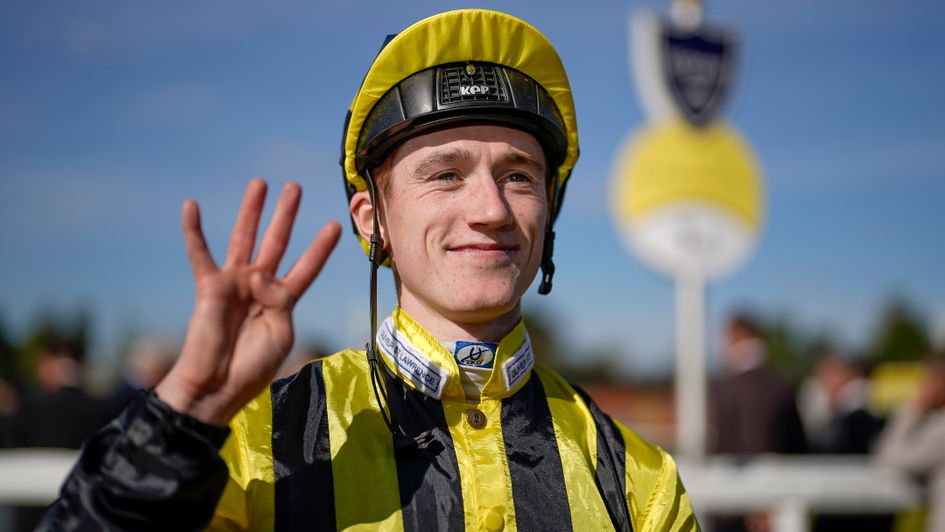 David Egan stole the show at Newbury on Saturday with a sparkling four-timer - headlined by Sakheer's facile win in the Dubai Duty Free Stakes.

In contrast there were moments of anxiety aboard the strong travelling Stay Alert in the Dubai Duty Free Legacy Cup Stakes though as she was full of running but short of room pinned against the far rail at the furlong pole.

However switched behind rivals and given space to roll she quickened in the style of a smart filly to pick off Fancy Man and Dubai Future in the dying strides.

Betfair and Paddy Power cut the winner to 14/1 from 20s for the QIPCO Champions Fillies & Mares Stakes at Ascot.

Trainer Hughie Morrison confirmed Ascot as the target, saying: “She had three quick races, and it was important after the Lancashire Oaks that we settled her. That’s why she was dropped in today. She was completely relaxed and made up her ground on the inside. I always thought she was going to get there, and she actually shows a decent turn of foot.

“It’s my inclination to take her to Ascot on Champions Day for the fillies’ Group One over a mile and a half. And hopefully Martyn and Ben (Arbib) will have a go and keep her in training next year.”

Progressive in the early part of the season when winning at both Hamilton and Sandown’s Scurry Stakes, he was somewhat unfortunate to not bring up a hat-trick when beaten a neck in the Coral Charge at the Esher venue.

Nothing went right for the Roger Varian-trained son of Profitable at Goodwood when tried in the Group Two King George Stakes on his most recent start, but his handler was keen to draw a line through that outing prior to this five-furlong event and was proved right as the three-year-old burst back to his very best at the Berkshire track.

Always travelling smoothly in the hands of Egan behind the hot pace set by Look Out Louis, the 9-2 chance ran on strongly to hunt down Irish raider Teresa Mendoza in the closing stages.

The likeable colt was shortened into 33/1 from 50/1 with both Paddy Power and Betfair for the British Champions Sprint Stakes at Ascot on October 15.

Varian said: “He was unlucky at Sandown and didn’t fire at Goodwood. You can put a line through that. Otherwise he’s been very progressive. He’s a very good sprinter. He’s in the Abbaye and the Champions Sprint and could head for one of them.”

He is trained, like Exoplanet, by Roger Varian and that colt made a winning racecourse debut in division one of the RacingTV EBF Novice Stakes.

The son of Sea The Stars from the family of 1000 Guineas winner Legatissimo was strong in the market and the confidence never looked like being misplaced.

In front inside the final furlong, the winner ran on strongly to beat the experienced Bussento by a neck, the pair four lengths clear of Conquistador in third.

“He’s lovely. The plan was always to come here and get him started,” said Varian. “He’s a nice horse that has looked the part at home, especially in the past couple of weeks when the recent rain helped us get him onto the grass.

“He’s strengthened into his frame over the last two or three weeks and I thought David gave him a lovely ride. He moved through the race nicely and finished well under pressure. He could be put away now, but we will see.”

Rest of the action

In Division Two it was John and Thady Gosden’s Afterlife who showed huge improvement to get off the mark at the third attempt at odds of 13/2.

“He’s improved since his first run and has shown a good attitude winning with plenty of running left in him,” said Thady Gosden.

“He’s an improving horse, but not the best of workers in the morning. That’s the reason for the visor which made a big difference,” said the winning trainer. “Sometimes he’s unsound, but he’s started to do something and has developed into a big, strong horse. I think we should stick at a mile and a quarter and head for a Listed race next.” 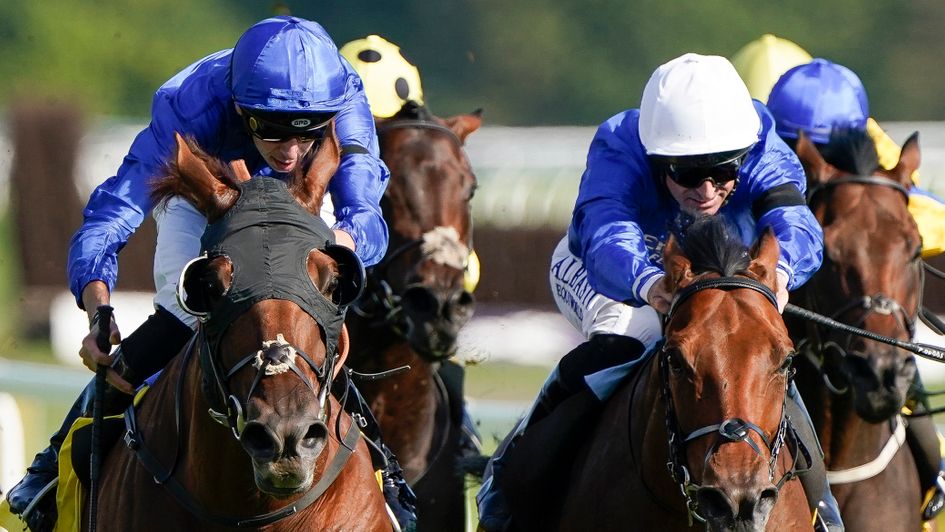