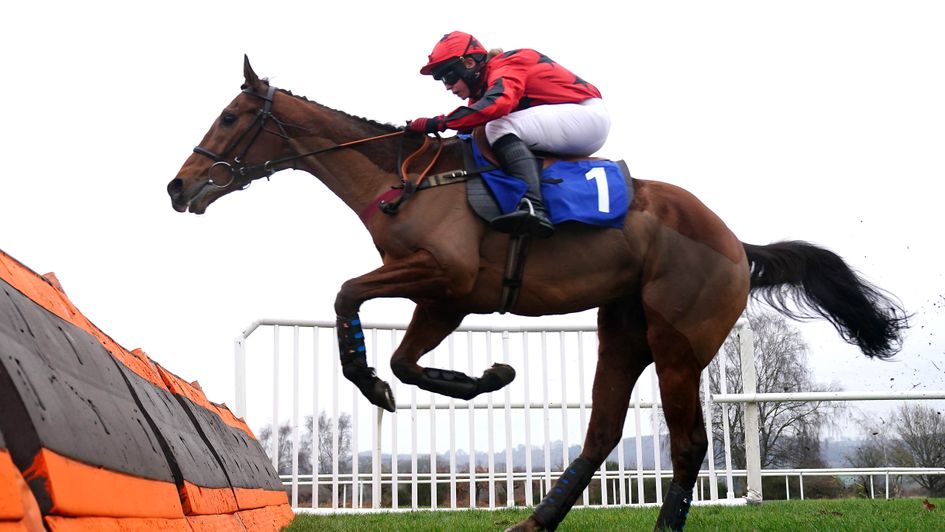 Conditional jockey Ned Fox is optimistic he can maintain his unbeaten record aboard Green Book by turning the “biggest ride of my career” into a triumphant one in the Coral Lanzarote Handicap Hurdle at Kempton Park on Saturday.

The 21 year old has been given a chance to star on the big stage after being offered the ride on Green Book by trainer Venetia Williams in the Listed contest, which has had its total prize fund boosted to £100,000 (up from an advertised £45,000 in 2021) thanks to a new partnership between The Jockey Club and Coral.

Fox has so far partnered four winners under Rules and it will be the second time he has ridden Green Book in public, having previously steered the winner of last year’s Chester Plate - the consolation race for horses which fail to make the final filed for the Chester Cup - to glory in a conditional jockeys’ handicap hurdle at Haydock Park last month.

Green Book proved he will stay Saturday's 2m 5f trip on his most recent outing at Ludlow on December 22nd and Fox believes his mount has leading claims to complete a hat-trick of wins over hurdles on what will be his toughest Jump race assignment to date.

The jockey said: “It is definitely the biggest ride of my career. I have to say a massive thank you to Venetia Williams and the owners for giving me the opportunity. I’m very much looking forward to it.

“This will only be his fifth run over hurdles and he is only just getting the hang of it. The first time I won on him he didn’t jump brilliantly, but he jumped well enough to get by and he didn’t lose any momentum at hurdles.

“The next day at Ludlow he jumped better and hopefully at Kempton he will be spot on as it is a big step up in class for him.

“There is no question of him seeing out the trip as he won over it last time and that form has been boosted since with the second, Bridge North, coming out and winning.

“The win at Chester on the Flat was a big win so he has some solid form behind him. If he shows anything like that in a race like this we are confident he will have a good chance.”

Fox did not know for certain that he would partner Green Book, who he describes as “a little dude with big ears”, until the final declarations yesterday (Thursday) morning, but he did have an inclination that the ride might be coming his way.

He explained: “I found out on Wednesday that I was potentially in line for the ride when Venetia was walking around with an owner and she introduced me and said ‘it is very possible he will lose his 10lb claim, which you lose after riding five winners, on Saturday’. I thought that was interesting and at declaration time it confirmed my suspicions.

“I’ve ridden him a good bit at home and he is a little dude with big ears. He walks around the yard with his ears pricked all the time. He is a cool little horse with such a nice personality.

“He is not one to blow you away with what he does at home but he is an easy ride. Everyone gets a spin on him and that is why he is one of the yard’s favourite horses.”

Having had spells working for Tom Lacey, Aidan O’Brien and Ryan Potter, the County Limerick-born rider has not looked back since joining Grand National-winning trainer Williams in October.

He said: “As soon as I got school out of the way I went to Tom Lacey but I struggled a bit there. The first lockdown came and in 2020 I went back to Ireland and in that summer I worked for Aidan O’Brien.

“It was then when Ryan Potter rang up asking if I wanted to work full time there so I decided to give it another go in the UK. I had a good season with Ryan and he gave me plenty of rides under rules and I had my first winner with him.

“I left Ryan Potter’s and started popping into Venetia’s one day a week. Then she offered me a job a few weeks in and I grabbed it with both hands as it was a massive opportunity. Since then I’ve not looked back.

“Venetia is good to work with and everyone has massive respect for her. I enjoy working there as the lads and lasses in the yard are great fun. There is always a good atmosphere in the yard.”

One of Fox’s rivals will be the more established jockey, Jonjo O’Neill Jr, who rides Carys' Commodity, trained by his father Jonjo.

It is now three years since O’Neill Jnr partnered 16-1 chance Big Time Dancer to victory in the Lanzarote Handicap Hurdle of 2019. It was the first big-race success for the now 23 year old, who enjoyed a Grade One triumph for the first time in his career aboard Champ in the Long Walk Hurdle at Ascot last month.

Reflecting on his 2019 victory and the doors that it enabled him to open, O’Neill said: “It seems like quite a long time ago now, three years. I think it made a big difference to my career, especially as it wasn’t for dad either - it was for Jennie Candlish.

“It just got me a bit more noticed by having a big winner on a Saturday on ITV. It was a competitive race and I was on an outsider, so it was a nice shock and it definitely helped my career no end.

“There are usually plenty of runners in the Lanzarote and is a very competitive handicap. It’s a great race to ride in and Kempton is a great track. It’s a speed track and you need a horse that can travel around there and hopefully I’m riding one again this year.

“The Lanzarote three years ago was a real springboard and I went on to have my first Cheltenham Festival winner a few months later. I then had a Punchestown Festival winner. They were all for different trainers and that helped to get me noticed.

“I was then able to hook up with the Tizzards. They were brilliant to me and put me on some lovely horses like Native River, Copperhead and Mister Malarky. I won some nice races.

“You need a big winner to propel you along to the next stage and thankfully my Lanzarote winner came along at the right time.”