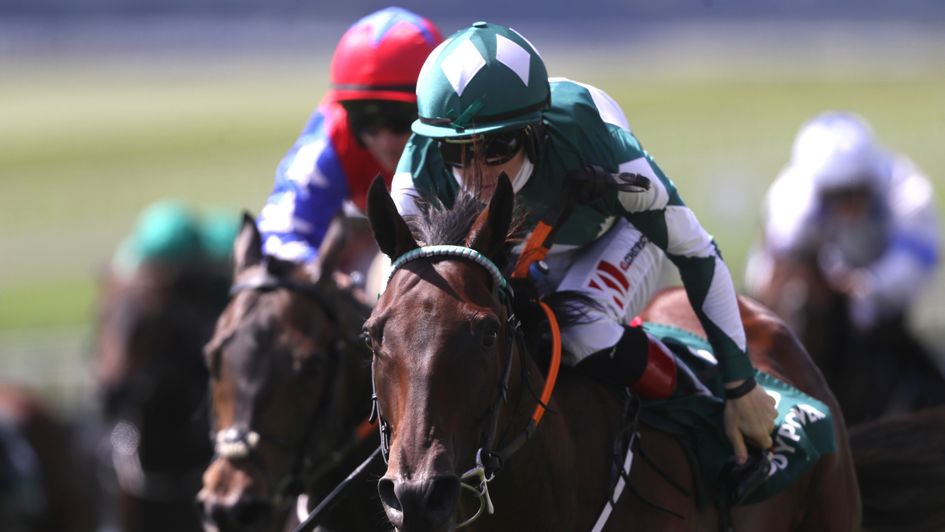 A tilt at Group One glory is next on the agenda for Mooneista after providing Jack Davison with the biggest victory of his fledgling training career to date at the Curragh on Saturday.

Already a winner at Listed level and placed in a Group Three, the daughter of Dandy Man hinted at better things to come when sixth in the Commonwealth Cup at Royal Ascot.

Davison’s stable star duly produced a career-best performance to claim Group Two honours in the Sapphire Stakes and she will now be prepared for the Derrinstown Stud Flying Five over the same course and distance on September 12.

“It was a really special day and will go down as one of the best of my life so far. It was great.

“I thought coming back to five furlongs on better ground, and knowing she’d taken the Ascot race well and was working well, I thought she had a big chance. I was hopeful of a first three finish, but to win like she did was extra pleasing, I suppose.

“Colin (Keane) said she travelled everywhere and he just had to push the button and off she went. The time was good and I think she actually won quite easily, to be honest.”

Whether Mooneista wins the Flying Five or not, she is set to return to action as a four-year-old next season. The exciting filly carries the colours of the trainer’s mother Paula Davison, something that is not expected to change.

“The Flying Five is where we’ll go, all going well,” Davison added.

“She’ll go on any ground, but ideally she wouldn’t want it very soft or heavy. She’s not the biggest and it just blunts her speed, which is what happened in the Commonwealth Cup. If it was good ground there (Ascot), she would have been in the first three.

“I think we’ll stick to five furlongs. If she could win her Group One in the Flying Five, we’d probably call it a year and a great year at that and look forward to next year.

“She’ll run as a four-year-old and that will be it, I’d say. She’s a home-bred filly and my mum owns her, which makes it even more special.

“I think my mum would find it very hard to part with her. I’d say you’ll only be seeing her in my mother’s colours.”