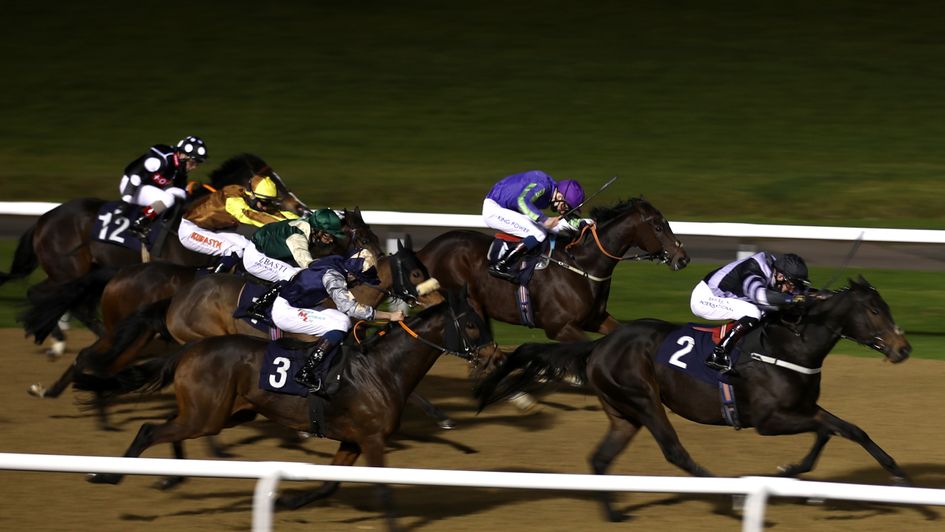 First Edition can end a 12-month lean spell when dropped back down to five furlongs in the Every Race Live On Racing TV Handicap at Leicester.

The three-year-old gelding’s only success so far came 12 months ago over the minimum trip at Sandown when he trounced Significantly, a winner at Royal Ascot this summer, by six lengths.

His form slightly tapered off after that – but he did shape well when third to Atalanta’s Boy in a decent handicap at Goodwood last month, and he was beaten only two and a half lengths in eighth place behind Bergerac at York last time.

Having every chance a furlong out, First Edition was short of room in the closing stages – although his winning opportunity had gone.

It is not surprising Cox has decided into drop him back down in distance.

Country Pyle can boost her paddock value by opening her account at the third attempt in the Breeders Backing Racing EBF Maiden Fillies’ Stakes.

She has shown enough in her first two starts to suggest she can win races – and as a half-sister to this year’s Group One Coronation Cup winner Pyledriver, there should be more improvement to come.

Connections of the William Muir and Chris Grassick-trained filly must rate her highly, because they gave her an entry in the early-closing Qipco British Champions Fillies And Mares Stakes at Ascot next month.

That may not turn out to be a realistic option, but she certainly has the ability to get a win on the board sooner rather than later.

Thunder Lily can defy a 5lb rise in the Watch On Racing TV Fillies’ Handicap.

Seamus Durack’s three-year-old made it seventh time lucky with an emphatic victory at Chepstow three weeks ago.

It may not have been the best of contests, but Thunder Lily won it well – and she can build on it.

Under Fox can land a second career success in the Racingtv HD On Sky 426 Handicap at Hamilton.

The Tim Easterby-trained three-year-old won on the all-weather at Newcastle but has also run respectably on turf without getting his head in front.

The nearest he has come so far was when staying on well for second place behind Crown Princess over a trip similar to this extended mile. Under Fox can go one better here.

A drop in grade did the trick for the Keith Dalgleish-trained four-year-old when she led close home to deny Son And Sannie by a neck at Beverley.

She had been highly-tried in a valuable York handicap won by Tweet Tweet on her previous start. Ventura Flame can handle a 3lb rise in the ratings to strike again.

Kingsholm can rule over his rivals in the Cazoo Search Drive Mile Handicap at Wolverhampton.

James Fanshawe’s four-year-old has been successful on his last two visits to the Dunstall Park venue. The last time was 11 months ago when he won off a 1lb higher mark.

He did not reappear for 231 days after that and has run four times, twice on turf and twice on the all-weather. A return to his happy hunting ground can see a form revival for Kingsholm.

Kapsize may add to his victory last time out, in the MansionBet Watch And Bet Handicap Chase at Warwick.

The application of blinkers seemed to have the desired effect at Hexham, and if the headgear can work its magic again Kapsize can make the most of his light weight.