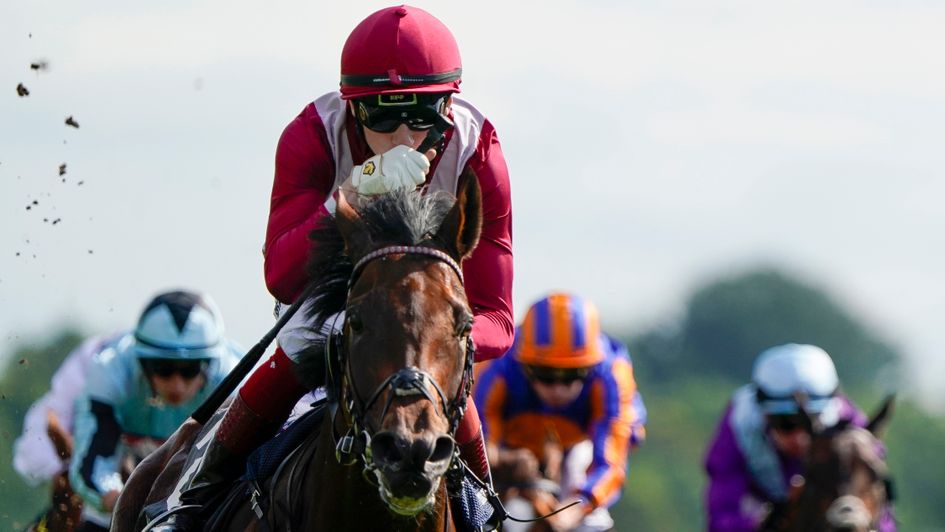 David Egan and Mishriff after blowing the York field apart

David Egan put Mishriff through his paces on the Newmarket gallops on Wednesday morning as the Coral-Eclipse approaches.

The John and Thady Gosden-trained five-year-old has not been seen since disappointing in defence of his Saudi Cup title on dirt.

But Mishriff has won over £11,000,000 in prize money and it would be foolish to write him off at Sandown – especially based on his six-length victory in last year’s Juddmonte International at York, when subsequent Group One winner Alenquer and multiple top-level scorer Love chased him home.

Having finished third in the Eclipse 12 months ago to last year’s French Derby winner St Mark’s Basilica, this year’s Chantilly hero Vadeni – who needs to be supplemented – is favourite with the sponsors.

“Mishriff will go to the Eclipse, he was on the Cambridge Road for a blow-out today and was on the July Course on Saturday with Rab Havlin and David Egan rode him today. Both of those went quite well,” said Ted Voute, racing manager to owner Prince Faisal.

“I think he might be going in as something of a forgotten horse, but I quite like that as it kind of takes the pressure off.

“John is in form with his horses and if he can get him back to where he was in last year’s Juddmonte then he should be there or thereabouts, with any luck.

“As John proved with Nashwa at the weekend bringing her back to win a Classic 16 days after her previous run, there’s nobody better at doing it.

“I’d say the Eclipse and the Juddmonte are the two major aims for him.”