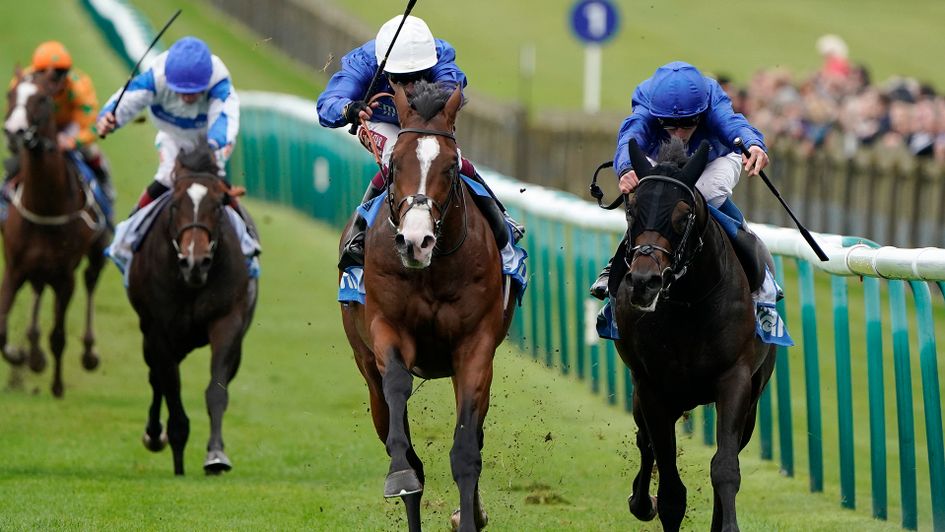 The New Approach colt, out of the Bin Suroor-trained Group One-winning mare Punctilious, maintained his unbeaten record at Newmarket on Future Champions Day.

While he is likely to spend the winter in Dubai, he is not currently expected to race at the Carnival - with the 2000 Guineas and Derby in the pipeline next summer.

"He's a big, strong horse - and it was nice the way he finished his race. He's a horse for next year.

"He'll go to Dubai, I think, but I'm not sure we're going to run him on dirt. It depends what other horses we have.

"All the Classic races out there, the Guineas Trial, the Guineas and the Derby are all on dirt - so we'll see what else we have.

"He's a nice colt. He's improved, because he was weak early. He had two months between his races and he improved a lot - he's stronger.

"He'll be coming back to England next year and look at the Classics and the Dante."

Another unbeaten juvenile in the stable is the filly White Moonlight, who has also won both races this season - but she does have the Carnival on her agenda.

Bin Suroor said: "White Moonlight will go out to Dubai - because she is bred more for the dirt, being by Medaglia d'Oro.

"We'll look at a trial and then the (UAE) Guineas for her before the Oaks. We'll see if she's good enough for the Derby or not.

"I've got some better two-year-olds this year than recently."