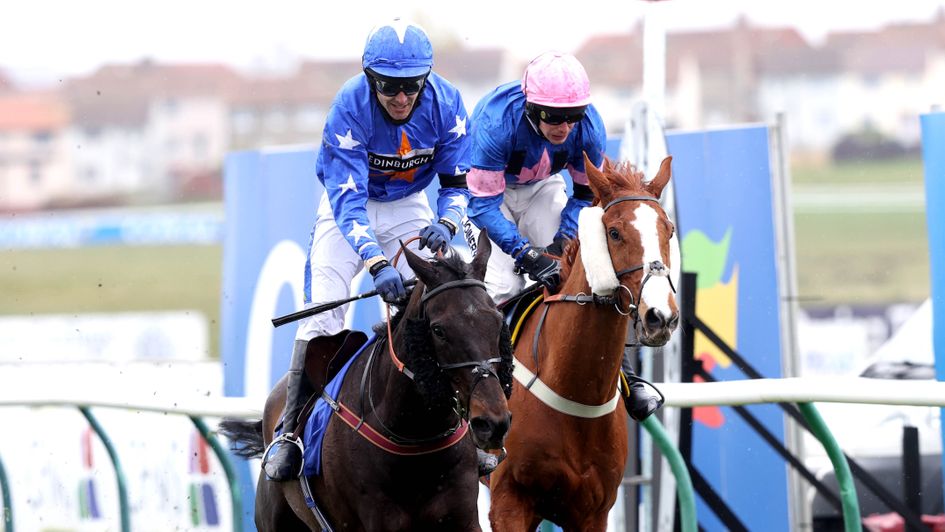 Lucinda Russell hopes Mighty Thunder can evoke memories of One For Arthur’s 2017 Grand National success when tackling the famous Aintree fences for the first time in next month’s Unibet Becher Handicap Chase.

Last season’s Scottish Grand National hero will start his own road towards a potential tilt at the Aintree marathon in April with an outing in the three and a quarter mile Grade Three contest on Saturday December 4.

Having given the eight-year-old a pipe opener in the Grade Two Charlie Hall Chase at Wetherby on 30th October, the Scottish handler is now looking forward to seeing what he is capable of achieving over the unique Grand National fences.

Russell said: “I’m very pleased with him and he needed the run at Wetherby, where he ran better than expected and we are now preparing him for the Becher Chase.

“He had an easy time afterwards and has had a harder week this week as we continue to build him up. We will school him over some National-type fences at home to see how he goes.

“The Becher Chase to some extent might be short enough for him but we are really going there to see if he takes to the fences.”

Although Russell hopes Mighty Thunder, who also landed last season’s Edinburgh National at Musselburgh, can develop into a Grand National contender there was a point at one stage where she thought chasing might not be his discipline.

She added: “He had a really good season considering in September we thought he might not jump a fence.

“He made great strides through the season and those marathon tests seemed to really suit him.

“I think once we knew he stayed four miles you had to look at all the Nationals. He is a horse that has the right temperament for it and the ability for it and if he likes Aintree and takes to the fences that will be fantastic.

“He ran a great race at Musselburgh in the four-mile chase there and it was a really good effort in the Midlands National (when finishing the one length runner-up to Time To Get Up).

“It was brilliant for the yard to win the Scottish Grand National and that really rounded off a special season for us.

“Plenty of horses we train are staying chasers and owners love to have a runner in the Grand National and hopefully he can be another.”

Mighty Thunder is currently 10-1 co-favourite for the Becher Handicap Chase with sponsor Unibet.

Comparing horses is often something trainers are keen to avoid however Russell believes Mighty Thunders share some similarities to the now-retired One For Arthur.

Russell continued: “One For Arthur won the National on good to soft but he was a heavy ground horse whereas this horse runs well on good ground.

“We didn’t think this horse particularly liked the soft ground until we ran him at Hexham last season so the good thing is we don’t have to get hung up on ground with him. We just wouldn’t run him on good to firm ground out of principle.

“He is a relentless galloper like One For Arthur. I did a piece of work alongside Mighty Thunder on a young horse and you really appreciated the long stride he has got and it showed all the way up the hill.

“The way they train would be pretty similar as well. One For Arthur was a very strong horse that always needed soft ground and a test of stamina whereas Mighty Thunder is probably a bit more laid back.”

Even though more than four years have passed since One For Arthur stormed to glory at Aintree, the Grade One-winning trainer still reflects fondly on what was a career highlight.

She added: “I feel very honoured and privileged to have won the Grand National as it is a great race to win that even non-racing aficionados love and follow.

“We take great pride in the fact we have won the race at Aintree and the owners feel the same way. It is a great highlight of my career.

“One For Arthur is doing really well in his retirement with Stephanie Robson and she gives me updates about him and he seems to be thriving doing a bit of dressage and eventing.

“We are really lucky we have got some fantastic young horses around and some nice staying chasers to work with and hopefully there is another One For Arthur among them.”