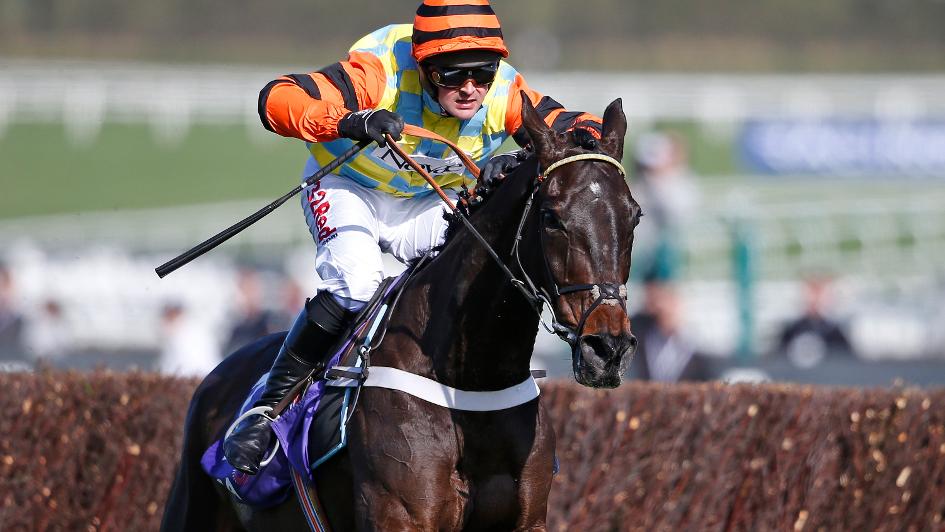 Might Bite wins on return in 'Future Stars' race at Sandown

Mercurial but talented chaser Might Bite laid down a platform for a King George VI Chase challenge when winning on his reappearance at Sandown on Sunday.

Nicky Henderson's eight-year-old was sent off 4/9 favourite for the 188Bet Future Stars Intermediate Chase at Sandown and he jumped really well, especially over the Railway Fences, on his way to a comfortable victory.

He won two Grade One races last term, including when idling and veering markedly to his right in the RSA Chase before getting back up to beat stablemate Whisper in dramatic circumstances at the Cheltenham Festival.

Prior to that he fell at the last in the Kauto Star Novices' Chase at Kempton when miles clear of his rivals on Boxing Day.

However, there was to be no misbehaving or drama on Sunday as he put in a professional round of jumping on his way to an easy victory under Nico de Boinville.

Sky Bet trimmed Might Bite to 3/1 from 7/2 for the King George at Kempton on Boxing Day and to 8/1 from 10/1 for the Cheltenham Gold Cup next March.

A good round of jumping from Might Bite who wins on his seasonal debut @Sandownpark.

"He was very fresh and well going down to the first. I felt I had to take it (the running) up when I did just because he was enjoying himself so much.

"He'll come on bundles for that. The big fences played to his strengths. He was pretty straightforward and he'll come on loads for that. I really like him.

"He's got so much scope for improvement that I think he'll be even better than he was last year."