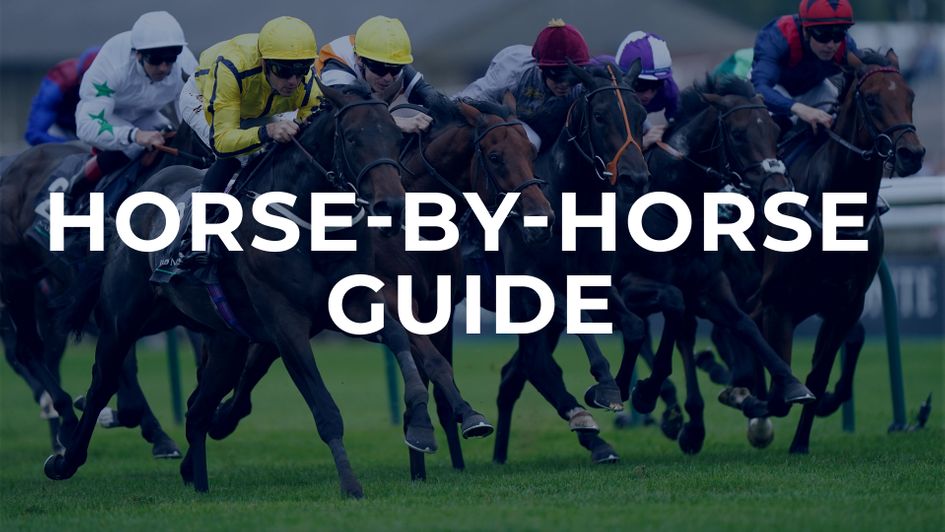 Check out our runner-by-runner guide to Saturday's Juddmonte Middle Park Stakes - the Group One for two-year-old colts over six furlongs.

Can be tricky when loaded into the stalls but very hard to fault his attitude and overall profile when the gates go back. Didn't quite show his true form for whatever reason when fourth in the Coventry Stakes but that was the quickest ground he's encountered and he's been happier on (French) good ground the last twice. Has that toughness required to success at the top level and his prominent style of racing could be perfectly suited to Newmarket.

Has 3lb in hand over closest rivals based on Timeform Ratings, together with a small 'p' which suggests there's more to come. There was certainly lots to like about the manner of his Thirsk novice win under a penalty and he stepped up on the bare form when finding only Noble Style too good in the Gimcrack. Still learning as he goes but clearly talented and he looks a significant player despite the move up to G1 level.

Stable has a very good line into the best two-year-old colts thanks to Gimcrack winner Noble Style so interesting to see this son of Exceed And Excel given the green light. He was only third to Royal Scotsman on debut at Goodwood in May but has progressed with every start since, opening Group-race account at Kempton earlier this month. Needs another step forward form-wise but he looks straightforward enough and could be doing some positive late work.

Looked to be found out when last of 12 at 50/1 in the Gimcrack - behind a couple of these rivals - and although he's since won a Newcastle nursery in decent fashion and been shunted up to a BHA mark of 93 from 84, he's still going to be come up short in this company.

ONCE MORE FOR LUCK

Needs more than a slice of luck to play a part in the outcome of this event, according to the form book which shows he's only got a Ffos Las maiden win to his name from six starts. Long way off the pace in big sales race at Doncaster last time and nothing to suggest he can outrun huge odds.

Connections not losing faith in a horse who made such a huge impression on the first day of the season when running away with the Brocklesby. Not hard to see why too as he's not let anyone down in five subsequent starts, handling trips to Ireland and France well in the face of stiff opposition. More than likely to run up to his mark again which should see him finish there or thereabouts.

Grey son of Dark Angel who started with back-to-back wins but has only added a French G3 win to his tally from five subsequent starts. No surprise if he still has a bit more improvement in the locker given connections and even on latest form he's not got a huge amount to find with Persian Force.

Always worth paying attention when a once-raced novice winner is thrown into a G1 second time up and he certainly made a splash when streaking to a four-length success at Yarmouth earlier this month. Looks a quick horse who will stay further in time so no doubt he's a classy prospect but he'll come under pressure further from home here and hard to be confident he has the minerals to square up to these Group-race winners.

Zoology has to be of some interest but he's coming up against some hard-knocking colts here that have been gaining experience since the very start of the season.

Persian Force is the obvious one in that regard and he's not easily dismissed, while Marshman is clearly held in the highest regard but BLACKBEARD looks a typical Ballydoyle juvenile who has that perfect blend of raw class and sheer will to win.

He'll be bounced out in a prominent position and could be an extremely hard horse to pass on a course that has become well known for front-running winners. O'Brien has won six Middle Parks already and Blackbeard is well-equipped to make that seven.