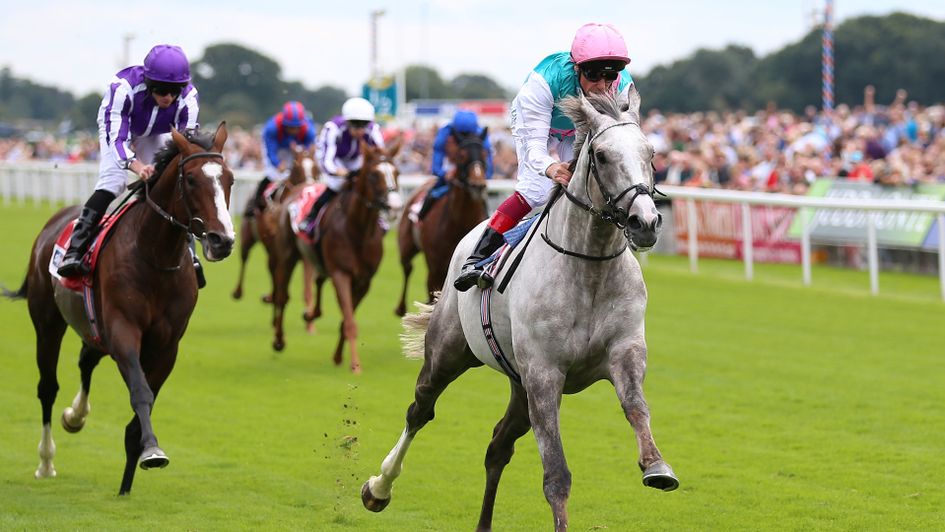 Top middle-distance performer Logician, winner of the 2019 St Leger, has been retired to stud.

John Gosden’s grey capped a brilliant and unbeaten three-year-old campaign with victory in the Classic at Doncaster – his fifth success of the season.

Juddmonte’s son of Frankel was, however, subsequently restricted to just four more career starts after suffering from a debilitating bout of peritonitis in the winter of 2019/20.

He eventually returned, after an absence of almost exactly a year, to record a long odds-on victory back at Doncaster in a two-runner conditions race over 10 furlongs.

Logician then finished last of four in the Group Three Cumberland Lodge Stakes, run at York, and was also still well below his Classic-winning best in two defeats this summer, at Group Three and Listed level.

He will retire as a prospective National Hunt stallion to the Shade Oak Stud in Shropshire, which is run by Peter Hockenhull and his wife Emma.

Peter Hockenhull told Thoroughbreddailynews.com: “The purchase of Logician is the culmination of a four-year search to bring another top-class stallion prospect to Shade Oak, one with all the qualities needed in a champion National Hunt sire. Logician ticks every box.”

Logician won the first six of his nine starts, from 10 furlongs up to the St Leger distance of one mile six and a half, for career earnings of almost £550,000.

Hockenhull added: “I am encouraged that Juddmonte were keen to retain breeding rights in the horse for use on their own mares, so I look forward to some high-class runners by him not only over jumps but also on the Flat.”