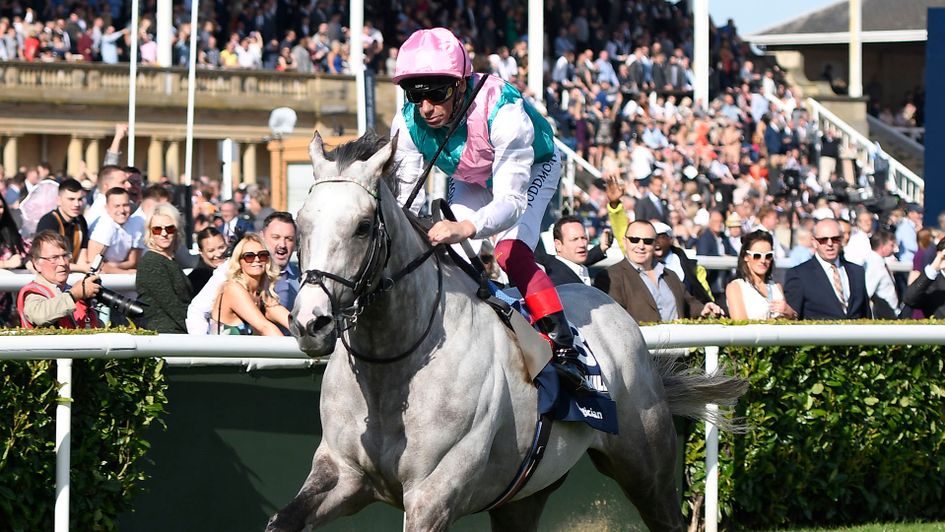 Logician wins the Leger at Doncaster

Logician is the undoubted star of the show on day two of the St Leger Festival at Doncaster, when he makes his first competitive appearance since winning the world’s oldest Classic 12 months ago.

The John Gosden-trained grey is unbeaten in five starts in all, but has been sidelined for much of the season after he suffered a life-threatening infection during the winter.

With Zaaki declared a non-runner after suffering with a bruised foot, the Khalid Abdullah-owned Logician faces a solitary rival in Mythical Magic in the Sky Sports Racing Sky 415 Conditions Stakes over a mile and a quarter – four and half furlongs shorter than the Leger.

Abdullah’s racing manager, Teddy Grimthorpe, said of Frankie Dettori’s mount: “It truly is good to see him back. It has been well documented he did have a serious illness, peritonitis, over the winter, so we are going slightly into the unknown with him.

“All the indications have been positive in terms of his well-being. His work has been progressive. He’s never been a fancy worker, so it’s always hard to tell what level he’s at, but John is happy enough with him, certainly.

“Of course, he’s going back to Doncaster which obviously was the scene of his most important triumph, albeit over a lesser distance.

“There’s only one other horse left in the race now. Hopefully it will be an important stepping stone.”

He added: “I think the most important thing is to get him back on track. There are all sorts of scenarios afterwards so there’s not much point in saying this or that.

“It’s a triumph in itself getting him back on track and in good form.

“Hopefully whatever he does, he will come on significantly for the race.”