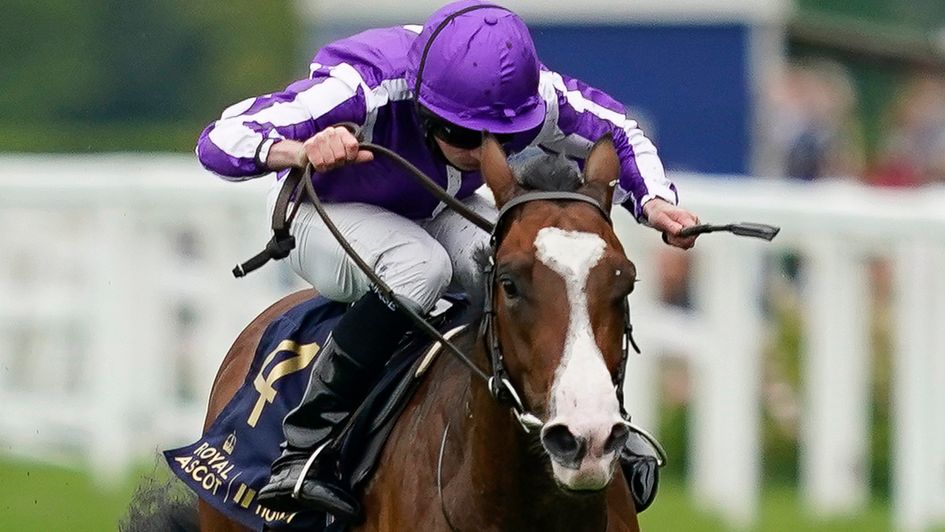 Leopardstown review and free replays: Point made by Lonsdale in Tyros

Point Lonsdale had no trouble stretching his unbeaten record to three with a comfortable success in the Japan Racing Association Tyros Stakes at Leopardstown.

The Chesham Stakes scorer at Royal Ascot pulled clear of his four rivals in the straight to give trainer Aidan O’Brien an eighth straight win in the Group Three over seven furlongs and 15th in all.

The full brother to Group One winner Broome just had to be rousted along in the early strides by Ryan Moore to get a good position as Gabbys Girl set the pace.

Travelling better the further they went, the 1/8 favourite set sail for home two furlongs out and was not hard ridden to score by three lengths from the staying-on Maritime Wings with Unconquerable third of the five runners.

“We’re delighted with him. It was his first time to race around a bend and Ryan was very happy with him,” said O’Brien.

“He’ll probably go to the Futurity next. It was nice for him to get a lead there and he would have learned a bit more today.

“That’s his ground, he’s a very low mover. He won in soft ground last time but that would have to be his favourite ground. He’s lovely and low and his head goes down.

“He was even a bit green when he got to the front here today.”

Agartha made all the running to spring a 16/1 surprise in the Frank Conroy Silver Flash Stakes at Leopardstown.

Placed in all her four previous starts, the Joseph O’Brien-trained filly got off the mark in game fashion under an enterprising ride by Declan McDonogh.

He had Agartha smartly out of the stalls to grab the lead from the outset and dictate proceedings in this Group Three contest over seven furlongs.

Seasai and Juncture sat behind the leader with Sablonne and Prettiest, the 10-11 favourite, bringing up the rear in the five-strong field.

None of the four were able to get close enough to harass Agartha who found more in the straight to score by two and three-quarter lengths.

Juncture was second with the winner’s stablemate, Seisai, half a length away in third and the Aidan O’Brien-trained Prettiest a disappointing fourth of five.

“We’ve always thought a lot of her and she’s been running very well. Today we said we’d let her bowl along and she loved it. Maybe we were restricting her a bit much,” said the winning trainer.

“When we let her bowl along today, she really got into a great rhythm and galloped.

“They didn’t let her go, they followed her along all the way, she’s a good filly.

“I’d say she’ll go further too. The dam won a mile-and-a-six Listed race, so she could certainly go a mile at two anyway.”

Agartha could now head for the Group Two Debutante Stakes at the Curragh next month.

“We’ll probably head for the Debutante with her now. We’ve always had a very high opinion of her and she’s done nothing but improve with each run,” O’Brien added.