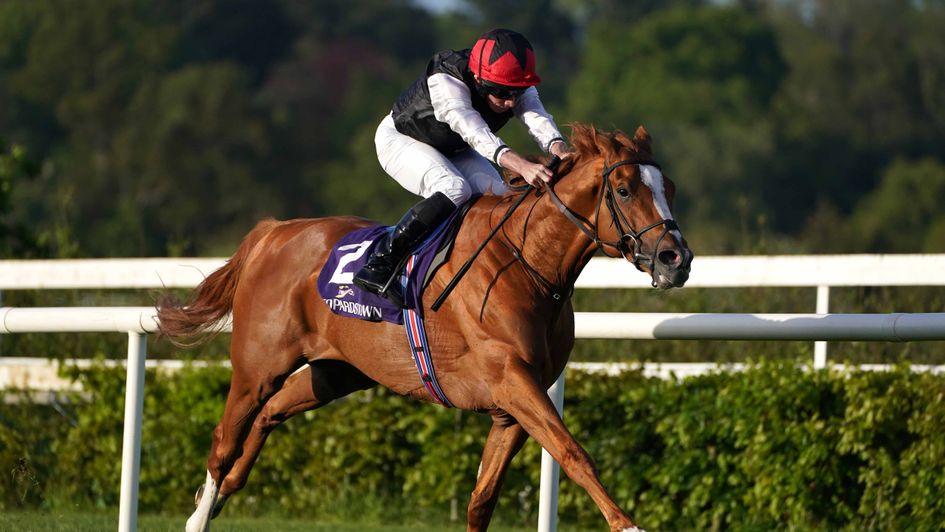 A review of the action from Friday's meeting at Leopardstown here Kyprios and Alfred Munnings underlined their Royal Ascot claims.

Kyprios enhanced his Gold Cup claims with an authoritative success in the Saval Beg Levmoss Stakes.

The lightly-raced four-year-old had returned this season with a smart triumph in the Listed Vintage Crop Stakes at Navan, beating his full-sister Search For A Song on what was his first start since picking up an injury in the stalls prior to last year’s Queen’s Vase at Royal Ascot.

His Navan run was also a first at a mile and three-quarters and he stayed at that distance for this Group Three test – one he passed with flying colours as the 1-10 favourite, adding his name to the Aidan O’Brien roll of honour in the race that includes Yeats, Fame And Glory and Order Of St George.

In front from the stalls opening, Ryan Moore wound him up from over two furlongs out and the way he opened up on his rivals was impressive, even considering his odds, and the further he went the better he looked – with 14 lengths the winning margin over Sunchart.

After Stradivarius advertised his claims for a fourth Gold Cup triumph earlier in the day, Betfair cut Kyprios to 7/2 joint second-favourite with John and Thady Gosden’s star, behind Alan King’s 3/1 favourite Trueshan.

O’Brien was represented by Chris Armstrong, who said: “Aidan is very happy with him. He’s progressing nicely this year and has stepped up again from his last run in Navan.

“This was always the plan to go Navan, here for the Saval Beg and then onto the Gold Cup. It’s a tried and tested route so hopefully he follows in the footsteps and fingers crossed the next stop will be Ascot.

“It’s a lovely winner to have here for Eva Maria (Bucher-Haefner) and all the team at Moyglare. Hopefully he’s a promising stayer going forward.

“His last furlong was probably his best. He was out in front and probably a bit idle, but he really stretched in the last furlong.”

Alfred Munnings looked every inch a top-class prospect with a most impressive winning debut at Leopardstown on Friday evening.

Bred to be good as a Dubawi half-brother to the brilliant Snowfall, the O’Brien-trained colt was sent off at 8/11 in the hands of Moore for the seven-furlong Irish Stallion Farms EBF Maiden.

Settled just behind early leader Our Boy Wes, Moore wound up his mount from two out and once engaging top gear he fairly rocketed clear, scoring by four and a half lengths from Donnacha O’Brien’s Segomo.

Stable representative Armstrong said: “Aidan was very happy with that and the plan is to go for the Chesham.

“He was very professional, he knew his job and delivered on the promise he’s shown so far.

“He’s a good mover and has the pedigree behind him. Fingers crossed now he has a good chance in the Chesham.

“Donnacha’s horse ran a nice race in second and he likes him. Hopefully it’s a proper maiden and he’s won it very impressively.” 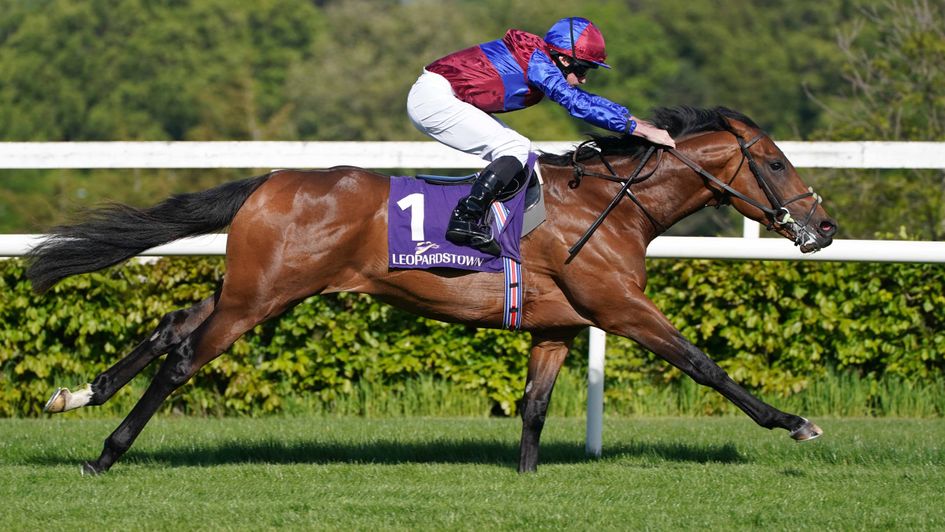 An exciting start from Alfred Munnings