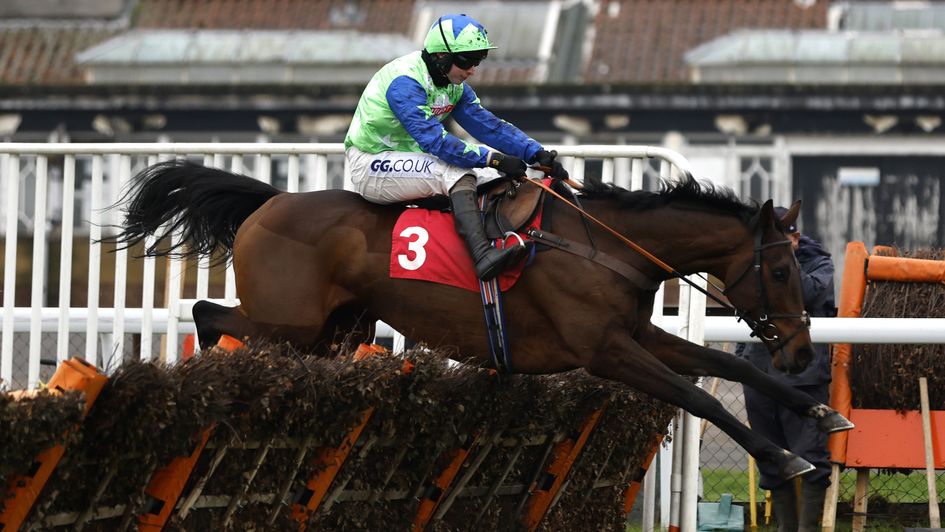 Ree Okka survives a scare at the last

A review of the rest of the action from Saturday's meeting at Kempton where Ree Okka struck for Harry Fry.

No Cheltenham trip for Ree Okka

Harry Fry ruled out sending Ree Okka to the Albert Bartlett Novices’ Hurdle at the Cheltenham Festival after his impressive success at Kempton Park.

The six-year-old backed up a pleasing second at Aintree with victory at Chepstow last time and improved again to score by six lengths in the Watch Racing Free Online At Coral Novices’ Hurdle from Dash Full Of Cash.

Despite the decisive nature of the victory, it was far from a faultless display from the 8/13 favourite – he jumped right over the last two – and Fry is keen to keep him away from the rigours of Cheltenham at this stage in his career.

Fry said: “We are delighted with the performance. I love everything about him, his attitude. He is a trier. He showed a willing attitude at Chepstow the last day and today he showed how straightforward he is.

“He was up there all the way at Chepstow. Today they have gone a good gallop and Sean (Bowen) had one or two horses behind him most of the way and then when he wanted him to come into the race, he came on the bridle.

“He is just a lovely, young horse whom we hope is going to make a chaser and we are going to have some fun yet in novice hurdles this season. We were keen to see him step up to three miles today and see where the rest of our season is heading.”

He added: “We don’t want to go down the Albert Bartlett route. We could go to Haydock in February and then on to Aintree (Sefton Novices’ Hurdle).

“The Albert Bartlett is a tough, gruelling race – I know that from experience – and I just don’t think he is the horse for that at this stage.

“When he finished runner-up at Aintree on his first run for us, I thought immediately then that the three-mile novice hurdle back there in April would be perfect for him and that is hopefully where we’ll end up.

“Today was the first stepping stone to see him over three miles and it was great to see him do it in the manner that he did.”

Blitz gets it right this time

Falco Blitz may prefer going left-handed, but he coped admirably going the other way around to land the Coral “Fail-To-Finish” Free Bets Handicap Chase in the hands of Nico de Boinville.

The 7/1 shot came wide in the extended two-and-a-half-mile heat but soon put the race to bed for a length success.

He had been pulled up on his seasonal bow at Bangor, but the top-weight had more than enough to spare over Champagne Court, with Foxboro a further half a length back in third.

Winning trainer Nicky Henderson said: “I thought the secret to him was the other way round on good ground, so we have gone the wrong way round on the wrong ground!

“He does like space, but does still drift a bit left. He does technically want to go left. His ideal is good ground, going left-handed. He likes it round here and has crept nicely into the race.

“He might be a horse for the Topham, but he likes his spaces and you don’t get many of those in the Topham. Not over the first three anyway.”