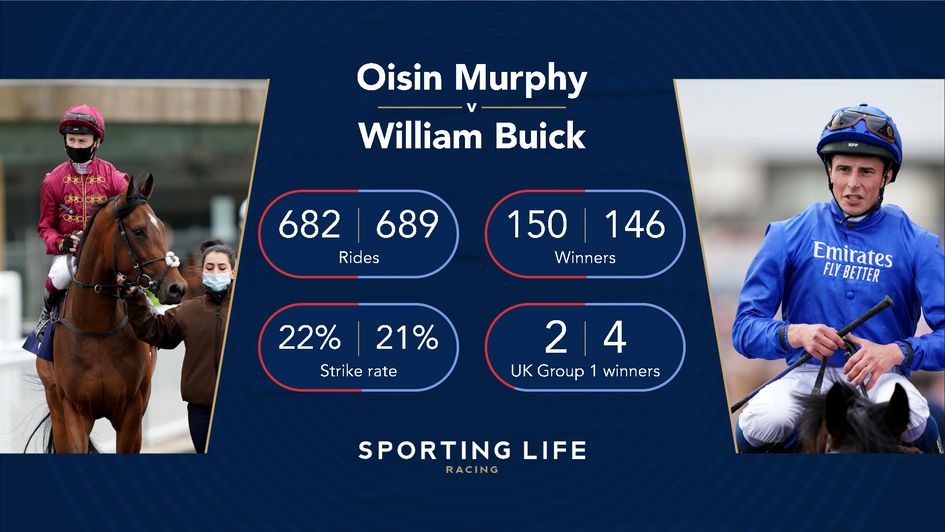 William Buick's Leicester treble on Tuesday reduced the deficit to four in the jockeys' championship as leader Oisin Murphy managed just the one winner in reply.

Parlando got the ball rolling for Buick in division two of the British EBF Novice Stakes although he made quite hard work of justifying odds-on favouritism.

Buick was frustrated by three placed efforts in his next three rides including the defeat of even-money favourite Maysong, who was beaten by 33/1 chance Emjaytwentythree, and then Murphy rode the next winner on 4/1 favourite Able Kane for Rod Millman.

That looked to hand the initiative to Murphy as he re-established a six-strong lead, but a double from Buick from the last two races has set up an exciting last four days of the the championship.

Kentucky Kitten went in at 8/1 before Rhythm N Rock, a 5/1 chance, won the finale from 8/15 favourite Future King - who was ridden by Murphy.

The championship runs up to Champions Day at Ascot on Saturday.

🥇 That means the gap shortens to just four wins between the pair...

🏆 We have a proper title battle on our hands folks!pic.twitter.com/LcdqxE73nB

Paddy Power spokesman Paul Binfield said: “That was a big day for William today and he has a better book of rides on Wednesday. Punters have really been getting behind him today and amazingly we have seen 10 times more bets for him than Oisin.” 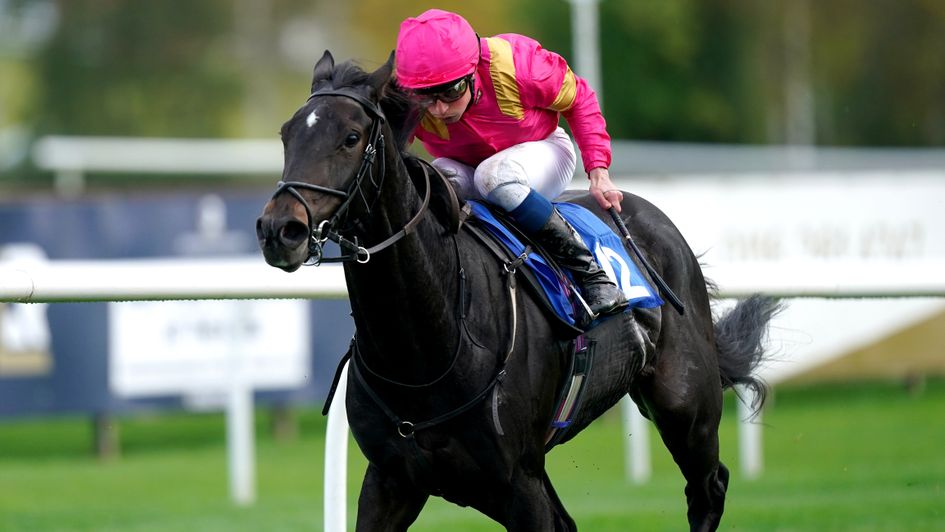