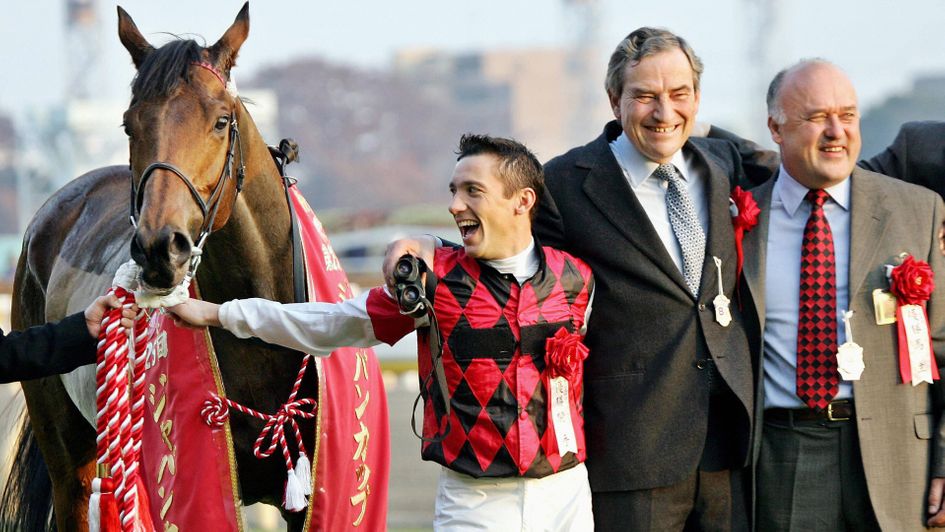 John Ingles charts how the Europeans have fared in the Japan Cup's 40-year history.

At last month’s Breeders’ Cup, the mares Loves Only You and Marche Lorraine gave Japan its first wins at the ‘World Championships’ since the meeting was founded in 1984. Three years before the first Breeders’ Cup, Japan created its own international event, the Japan Cup, as the nation took its first step towards opening up its racing to foreign competition for the very first time. That first Japan Cup in 1981 went to the American mare Mairzy Doates, ridden by Cash Asmussen.

Those results in Del Mar and Tokyo 40 years apart show how much international racing has changed in that time and, in particular, how Japan has developed from complete isolation as a racing nation to a major world power. While the Prix de l’Arc de Triomphe remains as elusive as ever to Japanese horses, in the era since the Japan Cup was created they’ve won other Group 1 wins in France and Britain, along with some of Australia’s biggest races, including the Melbourne Cup and Cox Plate, frequently raid Dubai and Hong Kong’s big international prizes, and have now made the breakthrough at the Breeders’ Cup.

The results from the Japan Cup over the last four decades reflect, in part, how the quality of Japan’s horses has improved since the race was first created. Foreign-trained horses won all but two of the first ten Japan Cups but it is now 16 years since the last horse trained overseas – Alkaased, ridden by Frankie Dettori for Luca Cumani – managed to defeat the home team.

Another factor in the success of Japanese horses in their most international race is that the overseas challenge has become diluted with more late-season options now in a crowded calendar for the world’s best middle-distance performers.

Even with a first prize worth the equivalent of more than £2m (with a $3m dollar bonus if the winner has won a race from a list of some of the world’s other major contests), the Japan Cup now has competition, not just from the Breeders’ Cup, but also from valuable prizes in Hong Kong and Australia.

Although an invitational event, European countries weren’t on the guest list for that inaugural Japan Cup. Mairzy Doates was one of three runners from the USA, while runner-up Frost King was one of a trio from Canada. The only foreign horse from outside North America to take up the challenge was the Indian horse Own Opinion.

But when three-year-old colt Half Iced won the second running, again for the USA, he was chased home by a couple of French fillies, All Along and April Run. The latter had won America’s big international event of the autumn in the pre-Breeders’ Cup era, the Washington D.C. International, a race All Along was also to win a year later after her success in the Arc.

Fourth in the 1982 Japan Cup was the Irish filly Stanerra for owner-trainer Frank Dunne but she returned a year later to make history as the first European-trained winner. She’d already accomplished a rare feat earlier that season when winning twice at Royal Ascot, in the Prince of Wales’s Stakes and the Hardwicke Stakes three days later. 1983 also marked the first year that a British-trained horse took part, though High Hawk, winner of the Ribblesdale and Park Hill Stakes earlier that year, finished towards the rear, ridden by Willie Carson for Sheikh Mohammed and John Dunlop.

Carson went much closer a year later on Lord Halifax’s gelding Bedtime who was runner-up to Japan’s first winner of the race, Katsuragi Ace. But it wasn’t long before the seven-year-old Jupiter Island became the first British-trained winner when successful under Pat Eddery for Clive Brittain in 1986, getting up late for a head win over the Guy Harwood-trained three-year-old Allez Milord.

Before the end of the twentieth century, both France (Le Glorieux in 1987) and Germany (Lando in 1995) had added their names to the list of countries successful in the Japan Cup and the worldwide pull of the race was underlined by consecutive wins in 1989 and 1990 for New Zealand and Australia respectively with Horlicks and Better Loosen Up.

The 1990s also featured consecutive wins for Sir Michael Stoute’s pair of top-class globetrotters Singspiel and Pilsudski in 1996 and 1997. Sheikh Mohammed’s Singspiel, who was by High Hawk’s son In The Wings, became the record British prize-money earner as a result of his win in Tokyo.

But by the millennium, the shift towards Japan’s domination of the Japan Cup was beginning to get under way. The 1998 winner El Condor Pasa, the first locally-trained three-year-old to be successful, served notice of Japan’s ambitions on the world stage by a successful four-year-old campaign in France during which he won the Grand Prix de Saint-Cloud and went down by half a length to Montjeu in the Arc.

Montjeu himself contested the Japan Cup after his win at Longchamp – with a Timeform rating of 137, he’s the highest-rated overseas horse to have contested the race - but could finish only fourth to the Japanese four-year-old Special Week on much firmer ground at Tokyo.

Dettori’s win on Alkaased in 2005 has already been mentioned and, three years earlier, he partnered the only other foreign trained winner of the Japan Cup this century, Falbrav. He was still trained in Italy at the time, though subsequently joined Alkaased’s trainer. Alkaased was therefore the fourteenth and most recent foreign-trained horse to win the Japan Cup.

Since then, 51 horses trained overseas have contested the race but, remarkably, only two of those have made the frame in the 15 renewals since. Ouija Board, also ridden by Dettori, was third in 2006, while Conduit, representing Piludski’s connections of Stoute and Ballymacoll Stud, was fourth in 2009.

Having started out as a means of testing the strength of the nation’s thoroughbreds against some of the best horses worldwide, the international aspect of the Japan Cup has been a victim of Japan’s growing success as a racing superpower. Killing off the foreign competition entirely could hardly have been envisaged when the race was created, but in 2019 there were no overseas horses in the field at all and only one last year.

That contrasts with the first two decades of the race when the foreign contingent of up to ten runners would account for well over half the field. It is hoped that the construction of an on-site quarantine and stabling area at Tokyo racecourse for foreign-trained Japan Cup contenders in time for next year’s race will encourage more participation again from abroad.

A big factor in the improvement of Japan’s bloodstock in the Japan Cup era has been the success of the 1989 US Horse of the Year Sunday Silence as a stallion. He was the leading sire in Japan for 14 consecutive years (1995-2008) and has been succeeded by his best son, Deep Impact, the last of Sunday Silence’s three Japan Cup winners in 2006. In turn, Deep Impact has sired two winners of the Japan Cup himself to date, including Gentildonna who was the first dual winner in 2012/13, and is very well represented in this year’s renewal. His leading contender again looks to be Contrail who was beaten for the first time (he’d completed the Japanese triple crown like his sire) when runner-up to Almond Eye in last year’s Japan Cup. Almond Eye matched Gentildonna’s feat of winning the Japan Cup for a second time and was the fourth winner of the race out of a daughter of Sunday Silence.

While foreign-trained winners of the Japan Cup have been non-existent of late, the international aspect of the race has been maintained instead in recent years by the success of overseas jockeys partnering locally-trained horses. Almond Eye’s French jockey Christophe Lemaire is based in Japan full-time and was champion there for a fourth consecutive year in 2020. Ryan Moore partnered Gentildonna to the second of her wins, while the latest British-based rider to be successful was Oisin Murphy on Suave Richard in 2019.

There’s a three-strong overseas challenge for this year’s race, featuring the French mare Grand Glory, touched off in the Prix de l’Opera on her latest start, and the Aidan O’Brien-trained pair Broome and Japan, last seen finishing second and fourth respectively in the Breeders’ Cup Turf. It would be ironic if the drought for foreign-trained horses were to be ended by a horse named Japan.

But it’s not just his name that would make him a popular winner with local fans. Both the Ballydoyle runners now carry the grey and white check colours of Japanese businessman Masaaki Matsushima, while support for Japan will be all the greater as he’s the mount of the Japan Cup’s most successful jockey Yutaka Take who has won it four times.