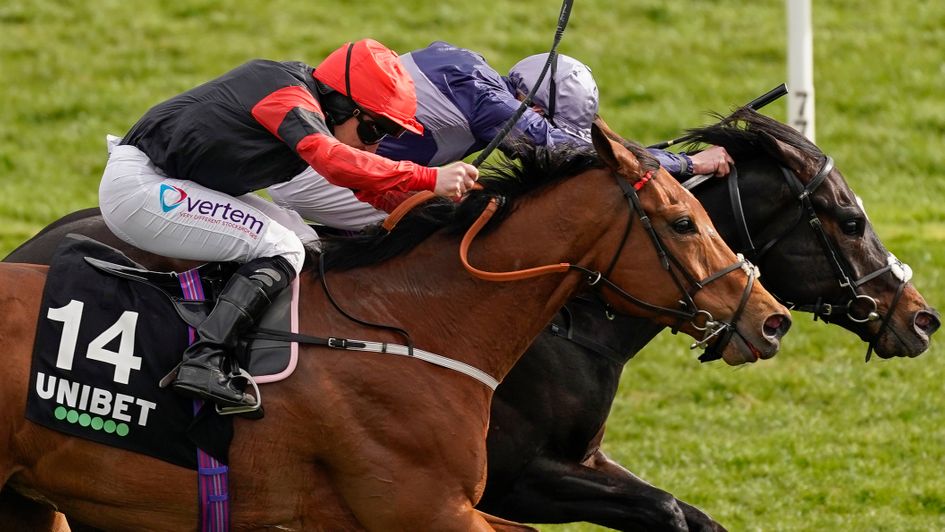 Options in Italy and France are under consideration for Ed Bethell’s progressive five-year-old Artistic Rifles.

Beaten off a mark of 86 at Newcastle in February, the War Command gelding has won four of his next five – including a Group Three at Haydock last time out.

Bethell is pondering another step up in class, but feels there is even more to come next year.

“Artistic Rifles has just got an entry for a Group Two in Italy – the Premio Vittorio di Capua – and he might get an entry in the Prix Daniel Wildenstein on Arc weekend,” said Bethell.

“I’ll just see how he is and then I’ll make a final decision – but they are not until October, so there’s no rush.

“He looked a really nice horse – but did I think he’d win a Group Three? His work has only got better throughout the year. It didn’t surprise me, but he’s just progressing with each run.

“He’s such a lovely, big horse that he might continue to progress because he’s got the confidence now to go and do it.

“We’ve minded him this year and we might have a really good year next year, hopefully.”