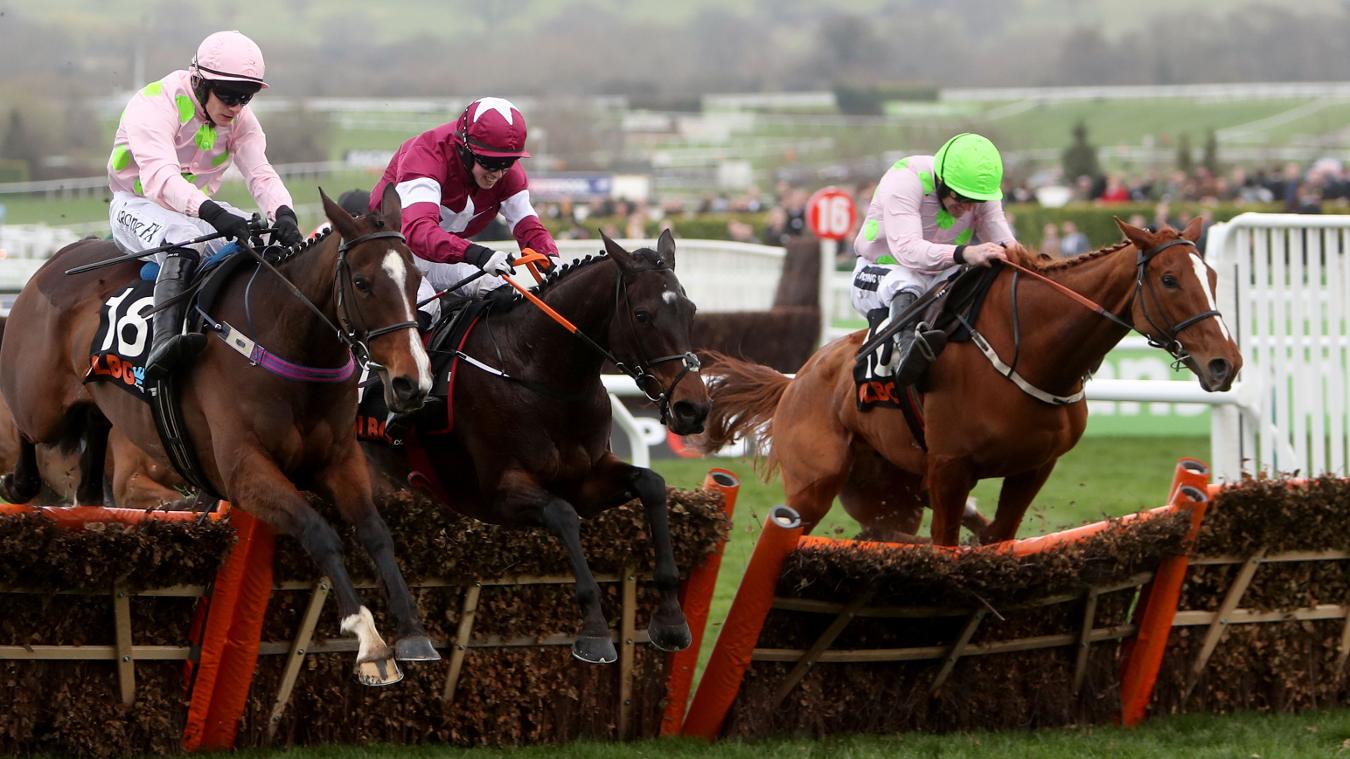 Apple's Jade ran out a tenacious winner of the OLBG Mares Hurdle - fending off the Willie Mullins big guns of Vroum Vroum Mag and Limini.

Apple's Jade ran out a tenacious winner of the OLBG Mares Hurdle - fending off the Willie Mullins big guns of Vroum Vroum Mag and Limini.

The three were a class above their rivals and had the race between them going to the last.

At that stage Ruby Walsh produced 6/4 favourite Limini on the inside of the eventual winner but she got in tight to the obstacle and lost momentum.

However the market leader had time to recover on the climb to the line where Apples Jade battled on bravely under Bryan Cooper to regain the initiative and was well on top at the line.

Vroum Vrom Mag (11/4) edged out her stablemate for the runner-up spot but was a length-and-a-half adrift of the game winner.

To add insult to injury, the winner was trained by Mullins until Gigginstown Stud removed their horses from the yard at the start of the season.

Bryan Cooper (jockey Apple's Jade):  "She's all heart. We were confident coming here. Gordon's a genius and I'm very lucky to ride for him."

Michael O'Leary (owner Apple's Jade): "The racing at Cheltenham is very tough and I've never had a winner on a Tuesday here.I'm delighted for Gordon and his team - they've done a brilliant job - and I'm also delighted for Bryan Cooper.

"They're three stunning mares.They (Limini and Vroum Vroum Mag) lost nothing in defeat, but Apple's Jade was just a very good winner.

"That was a good performance and a great ride by Bryan. This mare just stays. We had the option of running in the Champion Hurdle, but Gordon said she'd be taken off her feet. She battles and battles. She was great."

Rich Ricci (owner Vroum Vroum Mag and Limini): "It was a great race. Apple's Jade is a multi-winning Grade One winner. I think she's a very, very good mare and she wouldn't be out of place in the Champion Hurdle.

"I don't think there are any excuses. It was a great race, unfortunately we were on the losing end."

Willie Mullins (trainer Vroum Vroum Mag and Limini): "They are running well but have been unlucky. Both travelled good into the race and they had their chance. Both ran up to their form. I thought they each ran their race."