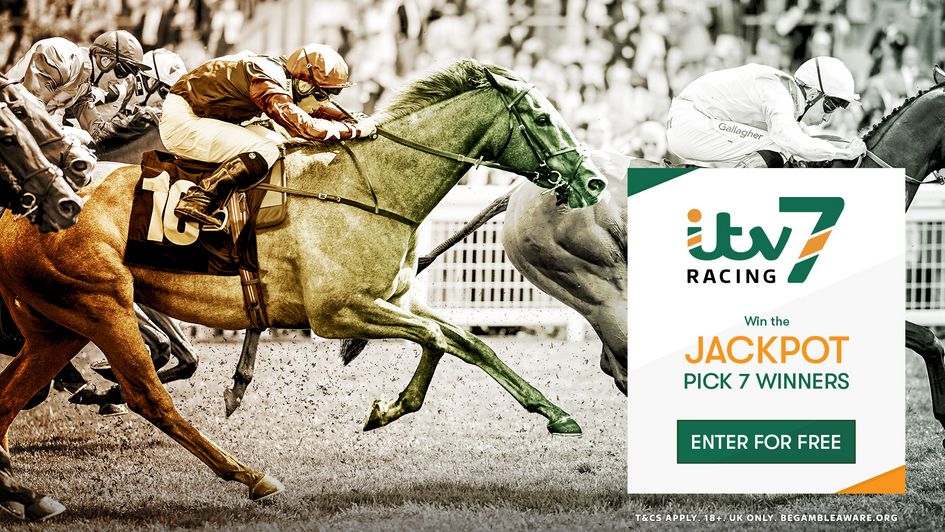 ITV7 Guide: | We have your guide to the free to play game

There's £50,000 on offer in this Saturday's free-to-play ITV7 and Dave Smith has the guide you need for the crucial races.

Despite most of his successful runs coming up in Ayr, NICHOLAS T is the selection here after an eye-catching run in the Zetland Cup in Redcar. He was checked at least twice in the final furlong before running on a never nearer seventh. All three runs this season have been promising, albeit unsuccessful, so he looks like he's close to getting his head in front.

It wasn't simply the bare result that ATALIS BAY impressed so much with but the manner of his run in York last time out. Though he was always held by Winter Power, he scooted clear of the reminder and his conqueror is well found in the market at Royal Ascot next week. He's the joint-highest rated animal in the field and with Steel Bull still with plenty to prove that he's trained on, the selection makes strong appeal.

6lb separates 10 runners in what looks an extremely close and competitive handicap. DAZZLING DAN gets the tentative nod based on a smart start to the season and a liking for rattling quick ground. The handicapper hasn't reacted to a fine third in Newmarket and he may be able to take advantage of the racecourse absence of Gifted Ruler whilst Baashir can't be ruled out either.

After hitting the frame on his last two runs in better company, these calmer waters should be to the liking of KING'S KNIGHT. The form of his Chester run has worked out well with the runner up going on to win next time out and the winner having entries for two big handicaps at the Royal meeting next week. He was also drawn wide on the Roodee so he ticks plenty of boxes ahead of Latest Generation and Buxted Too.

The Frankie-factor will likely play a part in market support for RED VERDON but the horse has plenty going for him on merit. He's perhaps found group company a little hot to handle in the last 12 months and this should be much more his bag. Dettori comes north for one ride, which looks significant in itself, and he can take this ahead of Ranch Hand who narrowly shades the vote for the forecast.

Chester, Norton and Johnston is simply a triumvirate that cannot be ignored. LOVE IS GOLDEN will be hurried up out of the stalls to take a lead and there is no one better than judging the fractions than Franny Norton at Chester. Stamina won't be an issue but there is a question mark over the quick ground and Man Of Riddles can take advantage if so.

This is likely to be fast and furious and perhaps the best chances are of those stepping into handicap company for the first time. SKYRUNNER looks a progressive sort, seeking to land the hat-trick after easing to a comfortable victory at Pontefract last time out. Aikido is another handicap debutant with plenty to offer with Showalong completing the shortlist.