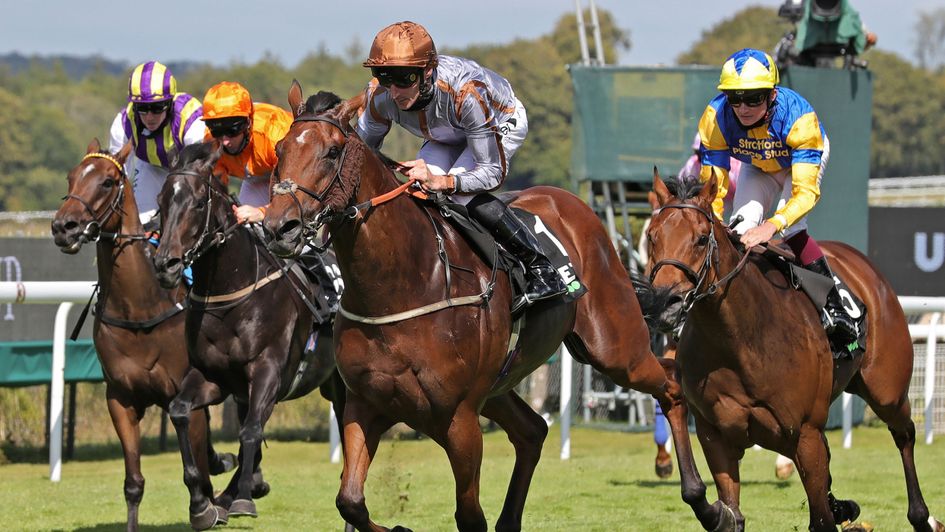 Our man Ben Linfoot provides his guide to the ITV races at the Qatar Goodwood Festival on Saturday and he has three recommended bets.

There are eight races live on ITV on a bumper Saturday show including the final day of the Qatar Goodwood Festival and a few races from Newmarket’s July Course, as well.

The action begins with the British EBF Maiden Stakes at Goodwood and this race is usually a hot maiden won by a good horse and there are plenty of likely types in it again this year.

Preference is for the likely favourite, Richard Hannon’s colt CLASSIC, by Dubawi out of a George Washington mare, an early Derby entry and he’s in the Group 2 Champagne Stakes, too.

He ran an eye-catching race in fourth at Newbury on debut, staying on well under hands and heels riding and finishing one place ahead of stablemate and Thursday’s Salisbury winner Captain Cuddles. That was a very good debut and he looks sure to come on for it, so he could be tough to beat. 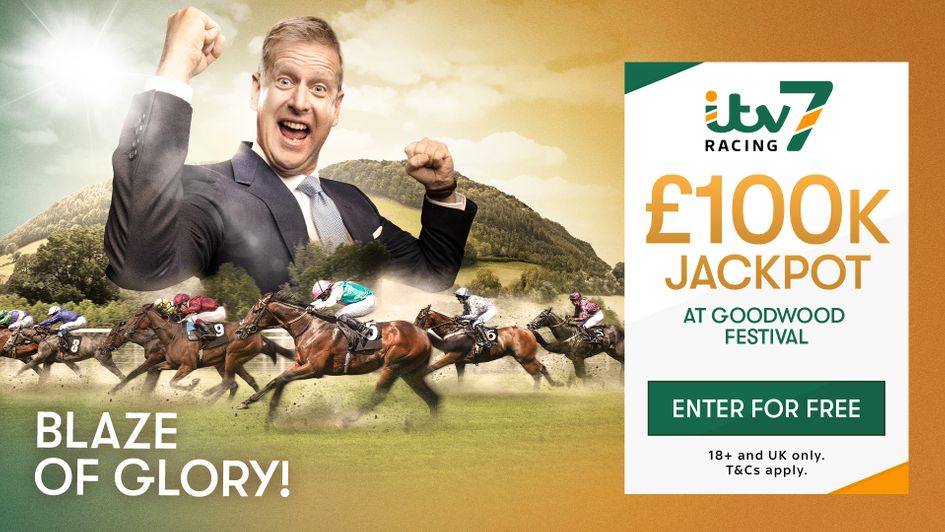 Karl Burke’s LETHAL LEVI is on a huge upward curve and looks impossible to oppose in a disappointing turnout for the Coral Stewards’ Sprint Handicap.

The only three-year-old in the race, he gets 5lb on the weight-for-age scale and is 9lb well-in on official ratings, too, so the 11 more exposed older horses really do have a job on to keep tabs on the son of Lethal Force.

He’s got an uncomplicated way of going about his business from the front end and though he’s prohibitively priced up for a race of this nature it’s not a great renewal and he’s the obvious choice. 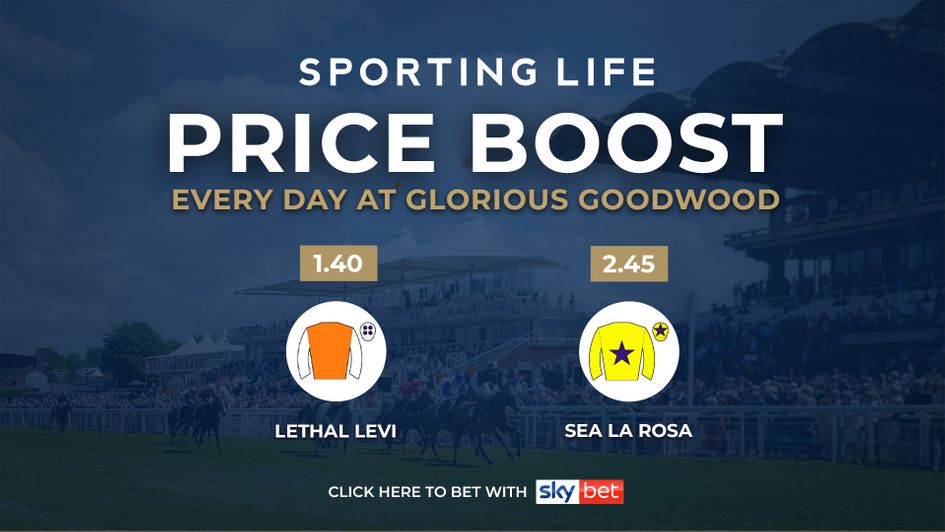 The first of two races on ITV from Newmarket is the British Stallion Studs EBF Fillies’ Nursery Handicap over six furlongs and Tom Dascombe’s QUEEN OF UPLANDS appeals here.

She is getting better with experience and her last run was her best, a switch in tactics seeing her almost make all at Newbury only for Candle Of Hope to reel her in in the final furlong.

That form looks good as the winner went in again and the third home, Enola Grey, ran really well in third in a Goodwood fillies’ maiden on Thursday.

Switching to nurseries looks a good call for the daughter of Kessaar and she can make a mark in this race from a rating of 73. 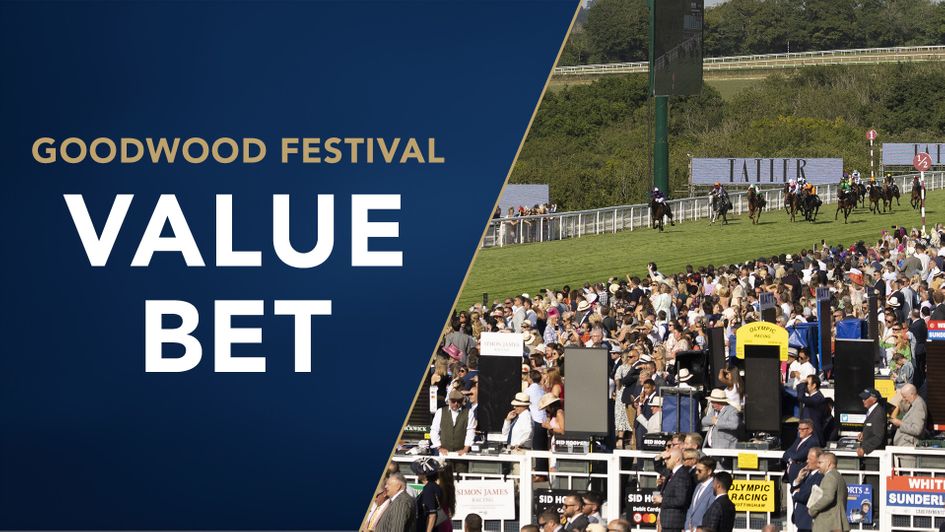 Chris Wall’s BAGUE D’OR looks an underestimated improver and he can go in again in the Coral Summer Handicap over 1m6f.

The son of Belardo is two from two since stepping up to this trip and his form is working out well – Sea Appeal, who he beat two starts ago at Newmarket, has subsequently won at Chelmsford and Inverness, who he beat over two lengths at Ascot, ran a big race in third behind Secret State in the 1m4f handicap at Goodwood on Wednesday.

Bague D’Or travels well over this trip and that style of racing suits this track well, while he’s on the way to being just as good as his half-sister, Black Lotus, who was a 98-rated filly at her best for the same trainer.

I’ve no doubt Bague D’Or has more to offer off a mark of 88 and odds of 8/1 underestimate his chance. 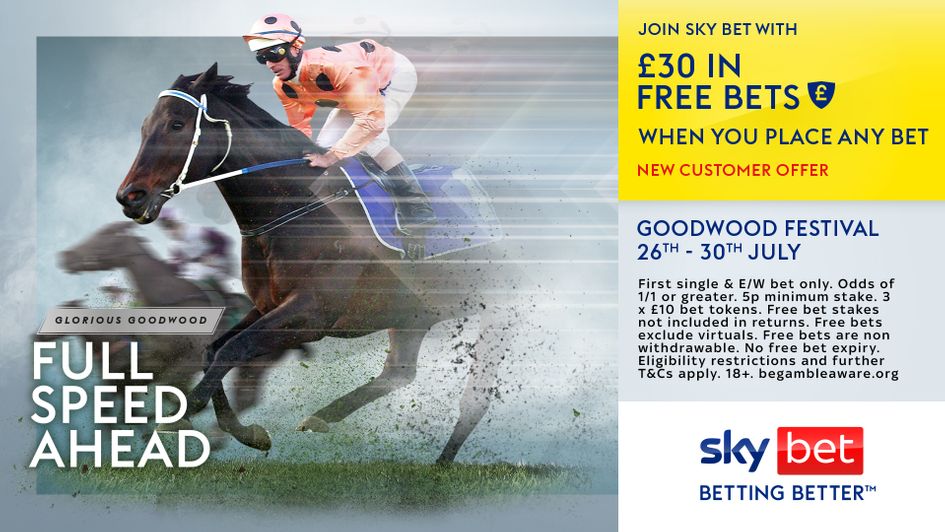 Top-rated in this from a BHA perch of 104, the daughter of Make Believe looked on the way back to her very best on her second run following a long absence at this track last time out in another Listed contest.

Narrowly beaten by Eternal Pearl after making most of the running, she clearly loves the July Course having won a handicap at the track earlier in her career.

She does have to give weight to some unexposed three-year-olds here, but she’s the clear form pick and this looks a good spot for her to get another win on the board.

Aidan O’Brien can strike in the Group 2 Qatar Lillie Langtry Stakes at Goodwood.

By Dubawi out of the Classic-winning Montjeu mare Chicquita, this filly is all stamina and O’Brien’s patience means the best is yet to come from her.

Her best is already very good – a Group 3 second at Leopardstown over this trip followed by an Irish Oaks fourth behind Magical Lagoon – but there’s more to come from her back up in distance.

There can’t be many Group 2 races O’Brien hasn’t won, but he’s yet to win this one and the unexposed Emily Dickinson, having just her seventh career start, can right that wrong.

We’ve already had one repeat winner of a big handicap this week after Tudor City landed a second Galway Hurdle and SUMMERGHAND could easily repeat the feat in the Coral Stewards’ Cup.

This is the perfect race for him as they’re guaranteed to go hard, allowing him to come through the field with a strong challenge late on.

A winner of this race off 8lb higher in 2020, he’s mainly been rated 110+ ever since but the handicapper has relented this season dropping him to 100 after three runs.

He hardly looks a spent force having finished fifth in the Wokingham last time out, but this looks the race for him off his reduced rating and it would be no surprise if he rolled back the years.

Finally, KOY KOY can see off all rivals in the Medallia Handicap over seven furlongs at Goodwood.

The son of Acclamation got loose beforehand at Newmarket last time but that didn’t stop him winning and he’s got more to give edging up the handicap.

The drop back to seven furlongs is of no concern and with nothing wildly progressive in against him he looks the play with Ryan Moore likely to take a lead before trying to pounce in the final quarter mile.