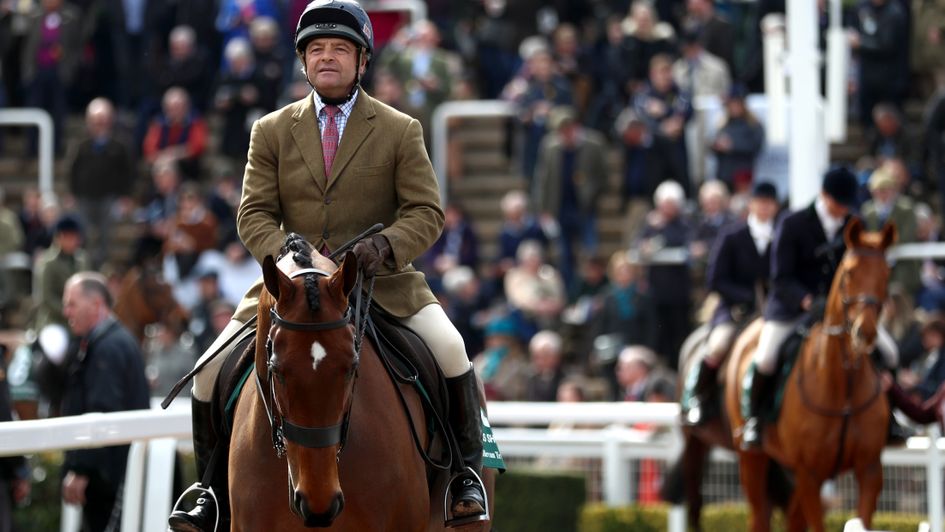 There has never been more interest in the rehoming and retraining of ex-racehorses, according to the industry’s official charity for their welfare.

Questions about the fate of retired racehorses were raised by Monday’s Panorama programme, which broadcast scenes of horses about to be euthanised at an abattoir in Swindon – reporting many had arrived there after gruelling transportation from Ireland.

Retraining of Racehorses is a charity which focuses on the welfare of horses retired from the track and supports them in their transition to other equestrian disciplines, providing a platform for them to find a new home as well as a series of training events and competitions aimed exclusively at horses embarking on a second career after a spell in training.

“It should be emphasised that the aftercare landscape for former racehorses in Great Britain has changed significantly for the better in recent years,” said Di Arbuthnot, chief executive of the charity.

New Beginnings: The re-training and re-homing of retired Raceshorses

“RoR has played an integral role in this by helping generate a demand for former racehorses among the wider equestrian market “It is a shame that this side of the story was not reflected in the programme.”

In the 15 years since its inception, the number of horses on the RoR database has multiplied, with just over 9,000 currently registered with the charity.

“RoR provided the (Panorama) producers with figures that illustrate this growth, showing how thousands more former racehorses every year are enjoying long and fulfilling careers after racing,” said Arbuthnot.

“In addition to the 9,010 active horses registered on our database, among the figures we provided was that in the 15 years since RoR started staging classes and series exclusively for former racehorses, annual participation in RoR showing events has risen from 270 horses to 3,467; in dressage from 0 to 4,148; and in eventing from 0 to 2,912.”

The covertly recorded footage at the abattoir appeared to show workers breaching regulations surrounding the slaughter of horses.

“The programme did raise some concerning issues that obviously warrant further investigation by the relevant authorities,” added Arbuthnot.

“As a welfare charity ourselves, we passionately believe every domesticated animal deserves to be treated humanely and with dignity throughout their lives.”

Roly Owers, chief executive of World Horse Welfare, believes the programme highlighted a myriad of issues and warned the racing industry “needs to sit up and take note”.

He said: “Panorama has shone a spotlight on the consequences of individuals involved in the racing industry not exercising their duty of care, and the standards of practice of euthanising retired racehorses.

“These are issues of great concern to very many people in the horse world and very many more outside of it. The reaction shows how strongly the public feels about it.

“The programme also raises far bigger issues than what appear to be shocking practices of one abattoir – from breeding programmes to training regimes, to lack of regard for horse welfare during transport, to the integrity of our passport system and, therefore, the traceability of racehorses.

“The industry, from top to bottom, needs to sit up and take note.”

Owers added that, while WHW supports the publication of British racing’s Horse Welfare Board strategy and Defra’s Action Plan on Animal Welfare, the programme illustrated “the significant gap that exists between good policy framing and effective implementation”.

He added: “The programme reminds us that it is the duty of everyone involved, be it an owner, trainer or racing industry professional to take proper, considered responsibility for the horses with which they are entrusted.

“For horse racing to have a sustainable future it must have zero tolerance of unacceptable behaviour and low standards of welfare. The horse human partnership is a wonderful thing, and a force for good in so many areas, but there is no place in our society for its abuse.”