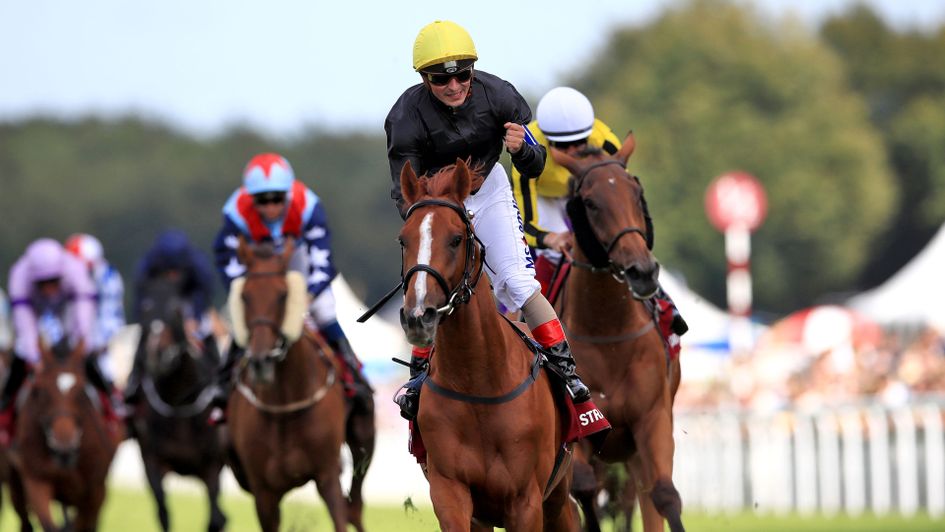 How does Stradivarius compare with other recent top stayers?

John Ingles looks at how Stradivarius compares with other popular recent staying stars such as Yeats, Double Trigger and Persian Punch.

Another win in the Goodwood Cup would be a fitting way for Stradivarius to bring the curtain down on a career that’s been a remarkable one whichever way you judge it. The prize money he’s won (more than £3.3m), his number of career victories (20), his Timeform rating (130) and his longevity are all impressive, but, much more than the bare statistics racked up from his seven seasons of racing, Stradivarius has also earned the harder-won popularity of the racing public which relatively few racehorses manage to do.

The fact that he’s still winning races at the age of eight, even as an entire, has much to do with that. Breeding stayers – and breeding from stayers – might not be fashionable, but in the case of Stradivarius his extended racing career as a result of an apparent lack of interest in him as a potential stallion has helped make him a firm favourite with racegoers.

Lengthy careers more usually associated with jumpers help explain the popularity of the top stayers on the Flat and the names of others can be found among past winners of the Goodwood Cup, including Double Trigger, Persian Punch and Yeats. All of those won the Goodwood Cup more than once and enjoyed such memorable careers in the top staying races that they’re each commemorated by statues, an honour which surely wouldn’t be undeserved in Stradivarius’ case either when the time comes.

Yeats has his statue at Ascot where he won a record four Gold Cups, Double Trigger is immortalised at Doncaster where he won three Doncaster Cups, while Persian Punch is remembered at Newmarket’s Rowley Mile course where he won the Jockey Club Cup three times, as well as the Sagaro Stakes when it was transferred from Ascot.

Stradivarius had another opportunity to match Yeats’ total of Gold Cup wins at Royal Ascot last month, though for the second year running he failed to get a clear run in the straight. His latest defeat at Ascot has resulted in Stradivarius’ regular jockey Frankie Dettori losing the ride on him at Goodwood to Andrea Atzeni.

Atzeni was on board for the first Goodwood Cup Stradivarius won in 2017 and stood in for the suspended Dettori when he was successful a year later, but in the four years since, the only time Dettori hasn’t ridden Stradivarius was when he remained loyal to Enable instead when the Gosden pair contested the 2020 Arc (Olivier Peslier rode Stradivarius on that occasion).

Like Stradivarius, Yeats remained in training until he was eight despite being an entire which earned him a unique place in the history of the Racehorses annuals as he was the subject of seven essays. A one-time ante-post Derby favourite, his attentions were switched to staying fairly late in his career after a truncated three-year-old campaign and having gained the first of his seven Group 1 wins in the Coronation Cup at four. When he won his first Gold Cup the following season, he did so on his first try at beyond a mile and a three quarters and without the benefit of a prior run.

Successful too in the Irish St Leger and the Prix Royal-Oak, Yeats also won two Goodwood Cups but it was Double Trigger’s record of three which Stradivarius broke when winning it for the fourth time in 2020 (watch the replay below). Stradivarius had been the first three-year-old to win the Goodwood Cup for 27 years when winning it for the first time in 2017 which was also the year that the race was promoted to Group 1 status. Soft ground prevented his bid for a fifth Goodwood Cup last year but if he were to win it again, he would become the first horse to win the same Group 1 five times.

The only horse so far to have won the same Group race five times is another popular stayer Further Flight. He was a dual Goodwood Cup winner himself but made the Jockey Club Cup at Newmarket his own between 1991 and 1995. Also among his total of 24 career victories were an Ebor and a Doncaster Cup.

Double Trigger (third in the St Leger, as Stradivarius had been) was also the last horse before Stradivarius to complete the traditional ‘stayers’ triple crown’ of the Gold Cup, Goodwood Cup and Doncaster Cup in the same year. While he won the latter two races three times each (Dettori rode him for his second Doncaster Cup win, incidentally), his sole success in the Gold Cup came in 1995, though he was runner-up on two subsequent occasions in 1996 and 1998.

Double Trigger had already won the Sagaro Stakes and Henry II Stakes in 1995 (both races he won again a year later) and after Ascot went on to beat his year-younger brother and stablemate Double Eclipse by a neck in a thriller at Goodwood with a typically game display of front running. When he then beat Further Flight in the Doncaster Cup, Double Trigger became only the fourth horse in the whole of the twentieth century to complete the ‘stayers’ triple crown’ and the first since Le Moss who accomplished the feat twice in 1979 and 1980.

Racehorses of 1998 credited Double Trigger with having ‘done more for the reputation of the Cup races than any [horse] since the days of Sagaro, Le Moss and Ardross’. They won seven Gold Cups between them in a period from 1975 to 1982. French horse Sagaro held the record with three Gold Cup wins until Yeats went one better in 2009. Besides his Cup victories, Le Moss won the Queen’s Vase, as Stradivarius did, and was second in the St Leger. Ardross was runner-up to Le Moss in all three legs of the ‘stayers’ triple crown’ as a four-year-old in 1980 but went on to land an impressive haul of races over a mile and a half plus. As well as winning the Gold Cup twice, Ardross also won two Yorkshire Cups and editions of the Goodwood Cup, Doncaster Cup and Jockey Club Cup, while on his final career start he was beaten just a head in the Arc.

As well as following the traditional path of the ‘Cup’ races, Stradivarius’ campaigns have taken in some of the newer developments in the staying programme. He ended his unbeaten four-year-old season in 2018 with victory in the Long Distance Cup on Champions Day at Ascot, a race that’s replaced the old Jockey Club Cup at Newmarket in the calendar. When he was beaten a nose by Kew Gardens in the same race 12 months later, it was his first defeat for two years.

In that time, Stradivarius recorded ten straight victories as he dominated the staying scene in a way that not even Yeats could manage in his prime. The increased value of the Lonsdale Cup at York is another new development on the staying scene and Stradivarius’ victories in that contest in both 2018 and 2019 proved especially lucrative. Having already won his Gold Cup prep race, the Gold Cup itself and then the Goodwood Cup in both those seasons, by winning the Lonsdale Cup he also collected the sponsors’ bonus prize of a million pounds. Stradivarius has a particularly good record on the Knavesmire as he won his third Lonsdale Cup there last year and his third Yorkshire Cup when keeping his unbeaten track record on his reappearance this season.

The latest Yorkshire Cup was a 20th career victory for Stradivarius, equaling the total of wins recorded by another of the most popular and durable stayers of recent times Persian Punch. The Goodwood Cup was still a Group 2 when he won it twice and a Group 1 win eluded him, though he did finish runner-up twice in the Gold Cup from seven appearances, including when going down by a head to Royal Rebel in 2001.

Apart from the three Jockey Club Cups already mentioned, Persian Punch also won the Henry II Stakes at Sandown three times and two editions of what was then the Lonsdale Stakes at York. Like Yeats and Double Trigger, Persian Punch contested the Melbourne Cup and fared much better than either of that pair, finishing third in both his attempts.

Persian Punch established record earnings for a British-trained gelding and when successful in the Goodwood Cup, Doncaster Cup and Jockey Club Cup in 2003 he remarkably produced some of the best form of his career at the age of ten, jointly holding the record as one of the oldest British-trained horses to win a Group race. Three of his four victories that season were gained by a short-head as he showed the sort of battling qualities which endeared him to the racing public and left his trainer David Elsworth admitting that ‘he makes even a crusty old devil like me go a bit soft.’

Persian Punch’s third Jockey Club Cup turned out to be the final victory of his career. It was also his 13th Group win, matching the existing record held jointly by Ardross along with Brigadier Gerard and Acatenango. Stradivarius clocked up his 13th Group victory when winning his third Gold Cup. When he won his third Yorkshire Cup in May, he became the most successful horse in the history of the European Pattern, his 18th such success putting him one ahead of French gelding Cirrus des Aigles. As we said, a fifth Goodwood Cup would give him another entry in the record books.