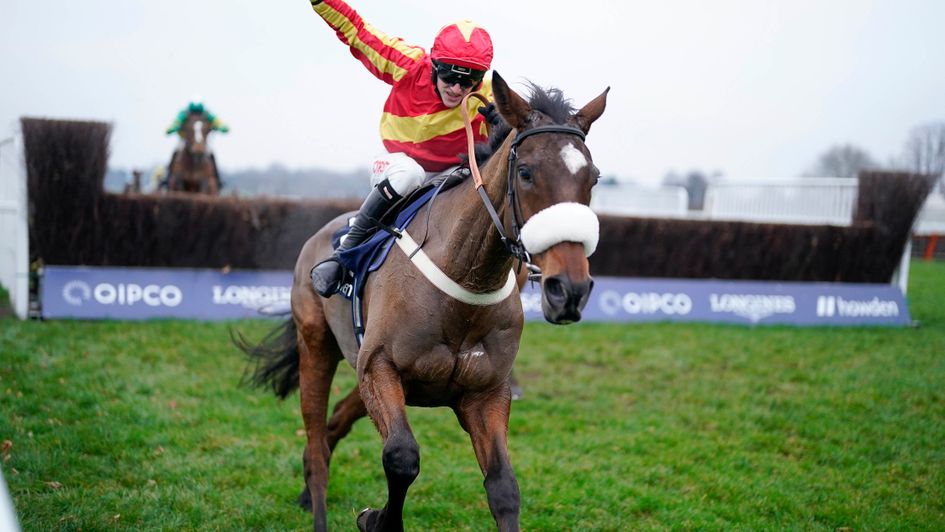 Annsam: Loves better ground and should get his conditions at Newbury

After Ascot's ground woe and reports of a metaphorical semiaquatic mammal sucking the moisture out of Newbury, Ben Linfoot looks for horses that can shine in Berkshire this weekend.

“The track is like a thirsty hippopotamus,” said clerk of the course Keith Ottesen on Sunday and even after a combined 18mm of further rainfall on Monday and Wednesday the Berkshire track was still described as ‘Good’.

With a dry Friday in store and Saturday’s rain forecast to fall after racing, smaller than average fields and more withdrawals look likely.

That’s a shame for a meeting with such a rich history but, to borrow a quote from a fridge magnet, ‘one man’s trash is another man’s treasure’, and there will be several horses that thrive at Newbury this weekend.

When the going gets Good, the Good get going

One of the infuriating aspects of British horse racing is that official going descriptions often differ from the way the track is actually riding, but ground can be measured objectively by the clock.

And, while sire stats are arguably less useful over jumps than they are on the Flat, I do find them an interesting tool in certain circumstances, including when looking for horses who may put their best hooves forward on out of the ordinary ground conditions.

The below table shows the top-performing sires at Newbury's jumps meetings in the last 10 years, when the ground has been riding better than Good-to-Soft (according to Proform’s database). 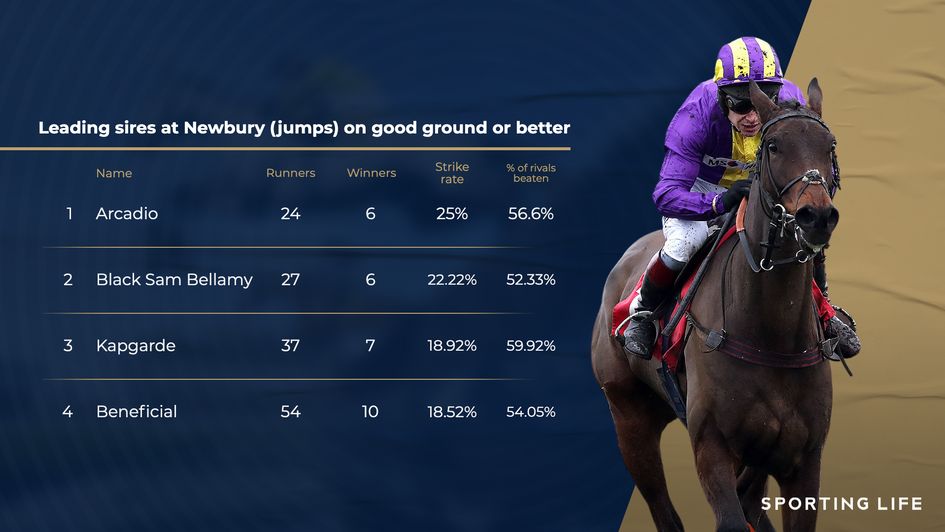 Olly Murphy’s horse won the same race last year on ground officially described as ‘Good to Soft’ and he loves better conditions, so things have turned out perfectly for him once again.

Last year he improved significantly for his first run at Wetherby in the West Yorkshire Hurdle and he put up a better performance in that race this season, running a 10-length second to Proschema.

He gave that rival 6lb that day, too, so don’t be surprised if he manages to reverse the form off level weights at Newbury.

The son of Arcadio is from a chasing family and he enjoyed better ground as a novice hurdler, winning a Taunton novice hurdle on ‘Good’ and a Wincanton handicap on ‘Good to Soft’.

His latter win was off a handicap mark of 124, so he looks fairly treated off 129 for his switch to chasing given improvement is expected from the Philip Hobbs-trained six-year-old.

Hobbs has another son of Arcadio, Zanza, running on Saturday in the Sir Peter O’Sullevan Memorial Handicap Chase, a horse that’s four times a winner with ‘Good’ in the ground description.

However, it’s hard to get away from the claims of KAPCORSE, by Kapgarde, for Paul Nicholls, in the same race, given he’s won this contest in both 2018 and last year.

In the Coral Gold Cup itself Evan Williams’ ANNSAM has to come under serious consideration for the Coole Cody connections.

A son of Black Sam Bellamy, Annsam thrives on better ground conditions and has been actively steered away from very soft ground by his trainer.

His career-best performance came in December last year on ‘Good-to-Soft’ ground at Ascot, when he bolted up in the very good Silver Cup Handicap Chase that worked out well afterwards.

He’s got Newbury form, too, having eased to success in a handicap hurdle at the track on ‘Good’ ground in April (officially it was ‘Good to Soft’), so he’s got plenty going for him from towards the bottom of the weights.