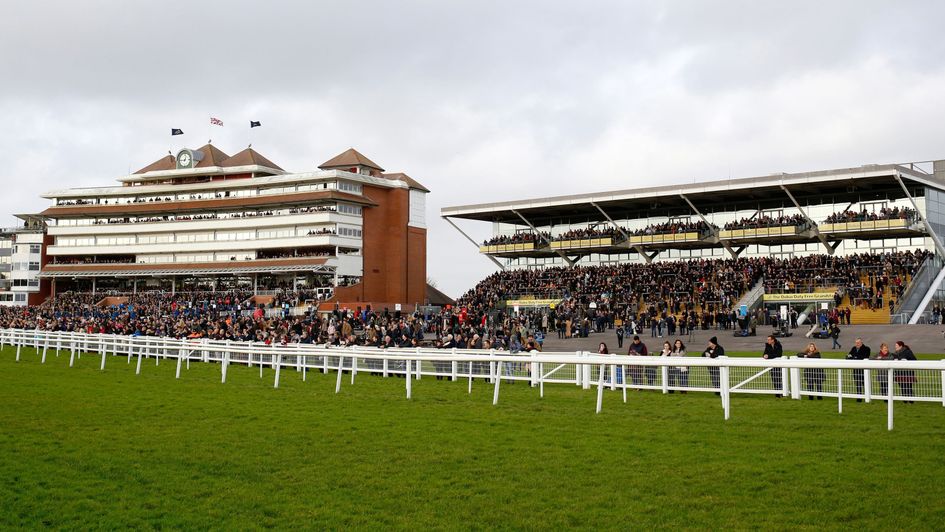 There's a high-class day of racing at Newbury on Friday

Timeform highlight a ratings banker, a big improver and a Flag to note at Newbury on Friday.

Padleyourowncanoe showed useful form over hurdles and fences for Colin Tizzard and there was a lot to like about how he shaped on his debut for Dan Skelton when third in a Haydock handicap hurdle last December on his first start for 15 months.

Padleyourowncanoe disappointed on four subsequent starts last season, but he was given a big chance by the handicapper and was gambled on to take advantage of that drop in the weights on his reappearance last month. He fell at the usual five out, too far out to predict how he would have fared, but he was going well at the time and looked threatening.

He is 12 lb below his last winning mark over hurdles so is potentially well handicapped if the in-form Skelton yard can get him back to anything like his best. Even on what he showed at Haydock last season he still heads Timeform's weight-adjusted ratings by 1 lb from Barbados Buck's who in turn is at least 3 lb clear of the remainder.

Stage Star, a talented bumper performer two seasons ago, made an excellent start over hurdles last term, winning his first three outings, including the Grade 1 Challow at this venue. The wheels came off following that emphatic Challow success and he was pulled up at the Cheltenham Festival and at Aintree's Grand National meeting, but, following a breathing operation, he bounced back on his chasing debut at Warwick a few weeks ago.

Stage Star looked a natural over fences, jumping accurately, and he hadn't been asked for anything like his full effort when West Cork's blunder at the final fence removed any doubt about the outcome.

That was an impressive chasing debut from Stage Star and he was given the Timeform 'large P' which denotes he is capable of much better form over fences.

Frere d'Armes fared well over hurdles last season, winning a couple of novices, but as a well-made gelding from a pointing background he was always likely to come into his own over fences.

Frere d'Armes certainly made a positive impression on his chasing debut at Kempton a couple of weeks ago, registering a decisive four-length success in a strongly-run two-and-a-quarter-mile handicap chase that looks like form to view positively (the third has won since).

There was a lot to like about the way Frere d'Armes jumped and travelled at Kempton and there should be more to come from him in this sphere. He's 2lb out of weights here so is running off an 8 lb higher mark than at Kempton, but still appeals as being on a good mark.