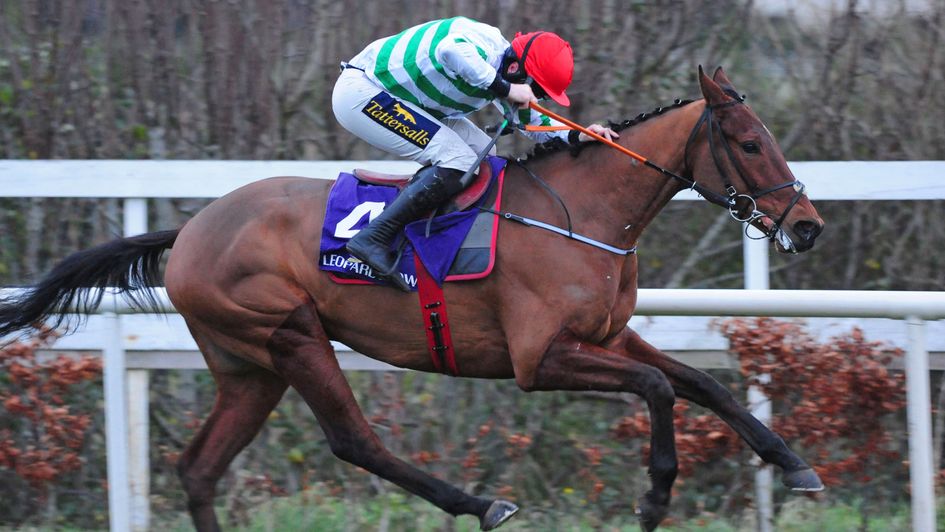 The 2/5 favourite had started at an even more restrictive 1/9 when making a successful debut over the smaller obstacles at Down Royal last month, after wins in two bumpers and a point to point.

The five-year-old, trained by Gordon Elliott, took the Grade Three over two and a half miles in his stride as he extended his perfect record.

Wowsham shared the early running with Hollow Games, in what was only a sedate pace until the field closed up coming to the third-last where Wowsham was the first beaten.

Ridden by Davy Russell, Hollow Games held all the aces and was always in command – powering over the last on the way to scoring by two and a quarter lengths from Lunar Display.

“I was worried as they went no gallop, but he will have learned a lot there. I think he’ll go to Naas now (Grade One Lawlor’s Of Naas Novice Hurdle).

“He’s a horse that races behind the bridle, but he’s a real nice horse.

“It’s great for Noel and Valerie (Moran, owners) as it’s local and it’s on television today.”

Hollow Games was cut to 8/1 from 9/1 for the Albert Bartlett Novices’ Hurdle at the Cheltenham Festival with Betfair and Paddy Power. Sky Bet also went 8/1 (from 12s).

Having won well on her debut at Galway last month, the four-year-old was sent off a well-backed 2/1 favourite. She did not disappoint her legion of supporters as she led two furlongs out in the hands of amateur rider Pat Taaffe and comfortably held Harmonya Maker by a length and a half.

“I suppose we’ll look at the Dublin Racing Festival with her. If she gets through that she’ll probably have another run somewhere. There is the mares’ race in Liverpool and if she won at Leopardstown you could think about Cheltenham.

“She is a bit buzzy, but she has quietened down well. She’s from a very good family.”

There was a minor sting in the tail for Taaffe, as he picked up a three-day ban from the stewards for his use of the whip.

The Model Kingdom was introduced at 14/1 by Sky Bet for the Champion Bumper at Cheltenham.