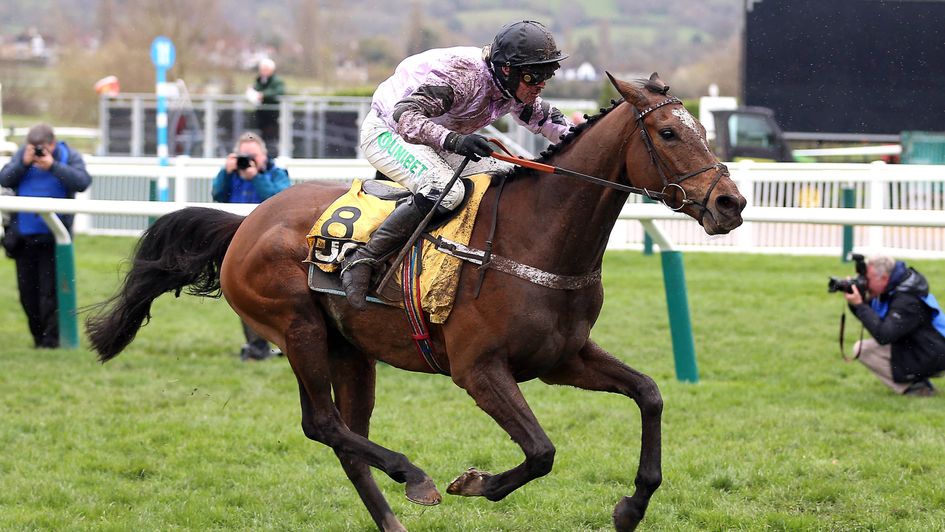 Pentland Hills on his way to Triumph Hurdle glory

It may have been 927 days since we last saw him on the track, but the 2019 JCB Triumph Hurdle winner Pentland Hills (11/4 favourite) made a winning return in somewhat unfamiliar circumstances, striking on the Flat at Haydock Park.

This assignment - in the penultimate Lee Thomas Christy Handicap over a mile and six furlongs - is certainly a world away from his previous run, when ninth behind Epatante in the 2020 Unibet Champion Hurdle, and he was a strongly-fancied favourite off an official mark of 69.

Nicky Henderson’s charge was certainly made to work, however, and it took him until the very last stride to pick up the tenacious Red Derek in a thrilling finish under Sean Levey.

It wouldn’t surprise if connections took the view that the seven year old has more to offer on the Flat this autumn, though Ryan Bliss, Assistant Racing Manager for the Owners Group, revealed that novice chasing will be his target this winter.

He said: “In theory he was thrown in off his Flat mark, but at the same time it’s a big ask for any horse to do that after so long off and he’s had to dig really deep. He’s been entered up all summer and it’s been dry as a bone, so Nicky’s had to be really patient with him.

“Whether he runs on the Flat again I don’t know but the plan is to go novice chasing with him. He had his school over fences last week and he’s always been a great jumper, so God willing he’ll stay in one piece so we can enjoy him.

“When he came home after the Champion Hurdle he had a tendon injury, so he just needed plenty of time for that. He was at Nicky’s in the spring with a view to running on the Flat before going jumping later on and it’s just taken a little while for that to come together.

“He’s not very big but one thing he’s always done since day one is be a really cracking, athletic jumper. Henrietta Knight did the early work with him and she’s always been a huge fan of his, so we can’t wait to get going with him. Unless Nicky’s inclined to try again with him on the Flat, the next time you see him will be over fences.”

Meanwhile, winning jockey Sean Levey, who rode a 25-1 double on the card, added: “That was fantastic and he’s the utmost professional. He seemed to be keen in his races but he travelled along beautifully back on the Flat and was very competitive at every stage of the race.

“I thought he was impressive for a horse that’s had so much time off. He may be a little bit well-treated on the Flat but he’s a nice horse – though he’ll be on his own if he goes back over those fences!”