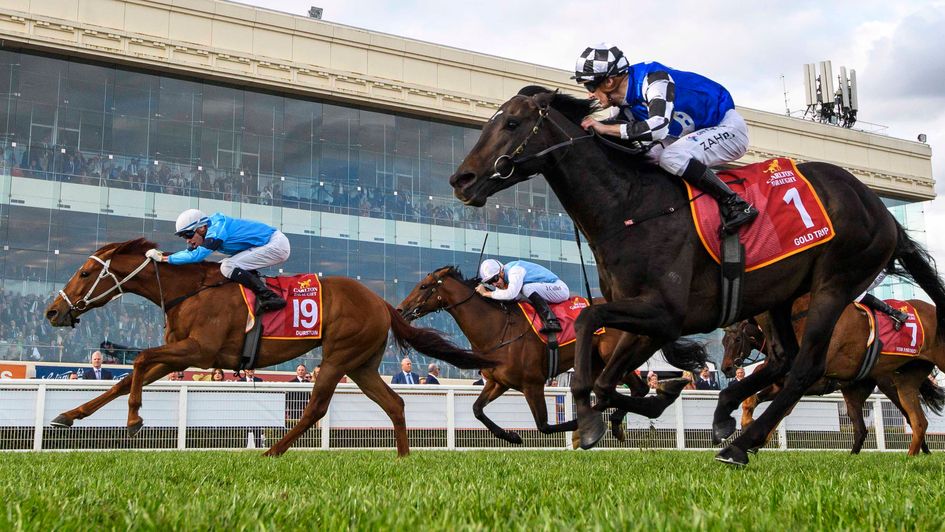 Durston blasted his way into Melbourne Cup contention with a scintillating victory in the Caulfield Cup on Saturday.

The Highclere Thoroughbred Racing-owned six-year-old took the Group One prize by a head after a well-timed ride from Michael Dee and is now one of the favourites for Australia’s greatest race next month.

Trained by Chris Waller, the 17/1 shot put a disappointing run in the Metropolitan at Randwick to score with a little to spare and could be on his way to the Japan Cup is he comes out of Melbourne in good shape.

Highclere founder Harry Herbert said: “It is very rare you can find a horse as talented as Durston that also tries so hard. You know that wherever he runs, he will really put his head down and really go for it. Those are really special, rare animals.

“We saw that again. He travels so well in his races. He switches off and relaxes and then he has a really good turn of foot. The frustration in the Metropolitan, was the ground was very soft and he was a bit too far back and that blunted his speed.

“So we will go to Melbourne and hope the ground is good or faster and hope he stays in one piece.”

Durston, who started off in Britain as a juvenile with David Simcock, was gelded and shipped to Australia at the end of his three-year-old season.

His first Group One success was his sixth victory overall and Herbert hopes he can now win the ‘race that stops a nation’.

He added: “It is exciting for Highclere. To have horses like this is so special.

“We have been to the Melbourne Cup before with a number of horses and we haven’t troubled the judge, but they have run very well and the whole experience is like no other race in the world.

“To go into the race with one of the favourites would be absolutely fantastic. There will be a bit of an invasion – I’m sure the Victorian Racing Club are rolling their eyes, saying, ‘Oh god, not Highclere again!’, but they look after us so incredibly well and the one thing we can be certain of is a very warm welcome and magnificent few days’ racing.”

Asked about a possibly tilt at the Japan Cup thereafter, Herbert added: “I can’t quite get to grips with the Japan Cup.

“We would consider anything, but it will be down to trainer Chris Waller and his team. I think we will take it one step at a time, but it is lovely – this game is all about dreaming.

“Any horse we buy, we dream about it being a Group One winner.

“We have just finished a marathon session of yearling buying and every time you buy a yearling, you look at that horse and dream.

“We bought Durston as a two-year-old. We talked it through with Alastair Donald, who advised we should take a close look at him. He had run twice. It sounded right, it looked right. David Simcock is a wonderful trainer and we have had great success with him before.

“But he got injured before Royal Ascot and we shipped him down to Australia to get him acclimatised and recover from the injury and it has paid off. We can now look ahead to the Melbourne Cup and at least dream a little for a couple of weeks!”