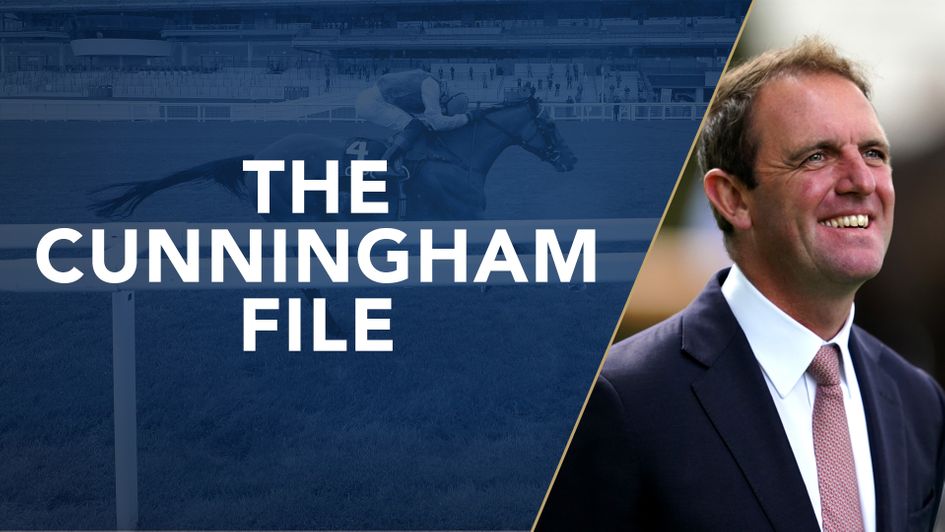 Graham Cunningham unpacks a riveting 2000 Guineas and considers the key talking points as Charlie Appleby looks to open his account in the Classic. 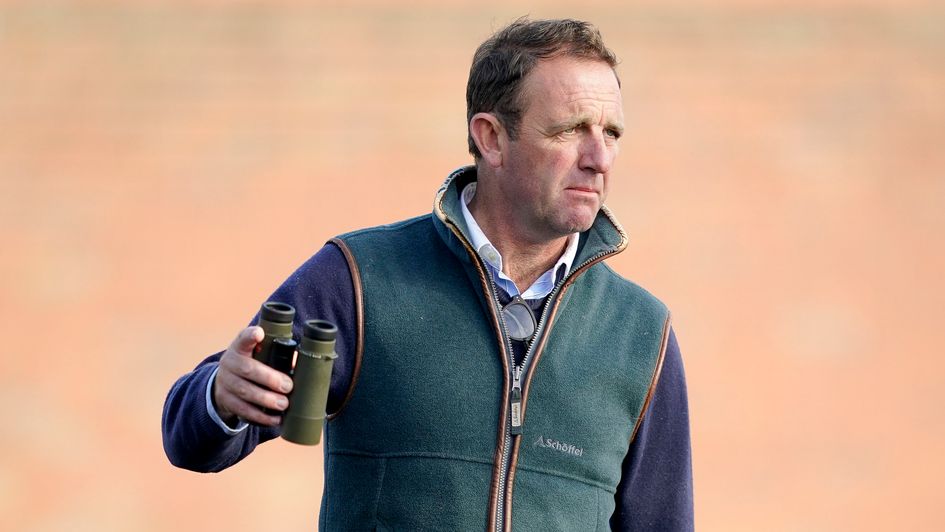 The seeds for the most compelling rivalry of the 2022 Flat season were sown exactly nine years ago today.

The mind still boggles at the thought of the most egregious doping case in British racing history being dealt with faster than it takes to process a parking ticket but the darkest cloud had a remarkable silver lining for Godolphin in the emergence of a man who now poses a huge threat to Aidan O’Brien’s influence on global racing.

Granted, MAZ might have achieved similar results to Charlie Appleby had he eschewed the steroid option, just as Man Utd might have won the Champions League again had they stuck with David Moyes (or messrs Giggs, Van Gaal, Mourinho and Solskjaer).

But the facts show that Appleby has been a genuine difference maker - and the evidence of the last year tells a fascinating tale.

True, Aidan outscored Charlie by 18-17 in the G1 stakes from Guineas weekend in 2021 thanks to the dual French Classic and Irish Champion Stakes hero St Mark’s Basilica and a powerful fillies’ team headed by Mother Earth and the ill-fated Snowfall and Santa Barbara.

However, Appleby enjoyed a vintage campaign by muscling in on territory that O’Brien has dominated for years with a G1 haul including Derbies at Epsom and the Curragh, the King George, Grand Prix de Paris, St Leger, National Stakes, Dewhurst and Breeders’ Cup Mile, Turf and Juvenile Turf.

The worrying news for Ballydoyle is that most of Appleby’s major winners – headed by Derby heroes Adayar and Hurricane Lane and BC Turf winner Yibir – are back this year.

But spring is the time when the three-year-old aces show their hand - and Saturday’s Qipco 2000 Guineas features a Classic Coolmore v Godolphin showdown that should go a long way to shaping some of the summer’s most significant contests.

Is there a notable flaw in the case for Native Trail?

🏇🔵 Native Trail proves too good in the Craven!

🥇 Charlie Appleby's charge extends his unbeaten record to a perfect five from five!pic.twitter.com/sDwqVnngtb

But it might not be for much longer as NATIVE TRAIL captured the three key guides to 2000 Guineas success by a combined nine lengths in the style of a very good colt indeed.

We know the Appleby star looks the part as Timeform describe him as a “big, well-made, attractive colt"; we know he’s clear of the Guineas pack on TF ratings with the prospect of better to come; we know he’s trained on well from two to three because of that recent Craven romp; and we know he handles Newmarket’s Rowley Mile with aplomb, too.

So where’s the chink in the market leader’s armour? Value seekers always find a reason to oppose hot favourites and so the ‘flat spot’ that Native Trail supposedly hits before engaging overdrive is likely to get plenty of airtime this week. But there aren’t too many flat spots to be found on this colt’s sectional time sheets.

Native Trail ran the sixth and seventh furlongs of the Craven in a very brisk 11.19s and 10.95s respectively prior to bounding clear up the hill. Saturday represents his toughest test to date – but it’s hard to find a valuable metric that suggests he isn’t more than ready for it.

Is the Guineas too much too soon for Coroebus? 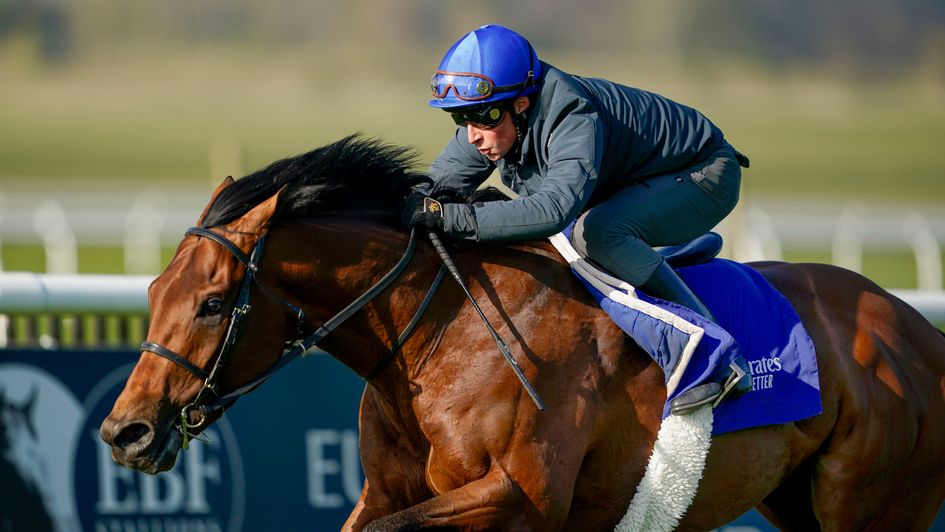 The fact that Coroebus is holding solid as 7/2 second favourite is notable given what stablemate Native Trail has achieved and the way he swept from last to first to dismiss G3 rivals in the Autumn Stakes over the Guineas course and distance last October was very impressive.

But how did Coroebus get beat after trading at 1.01 when storming clear in the Royal Lodge? Why was a trip to Newbury for the Greenham considered such a challenge that the plan was shelved for a racecourse gallop? Has that gallop curbed his aggressive tendencies? And does 7/2 represent value for a colt who is “very much a work in progress” and will be “a different individual altogether” come the autumn and beyond according to his handler?

Appleby clearly feels Coroebus is going to make up into a G1 colt but the style of his G3 success doesn’t match the substance of Native Trail’s two G1 wins and Bill Buick surely won’t have to think too hard before siding with the favourite.

Is Aidan on course for an eleventh Guineas win? 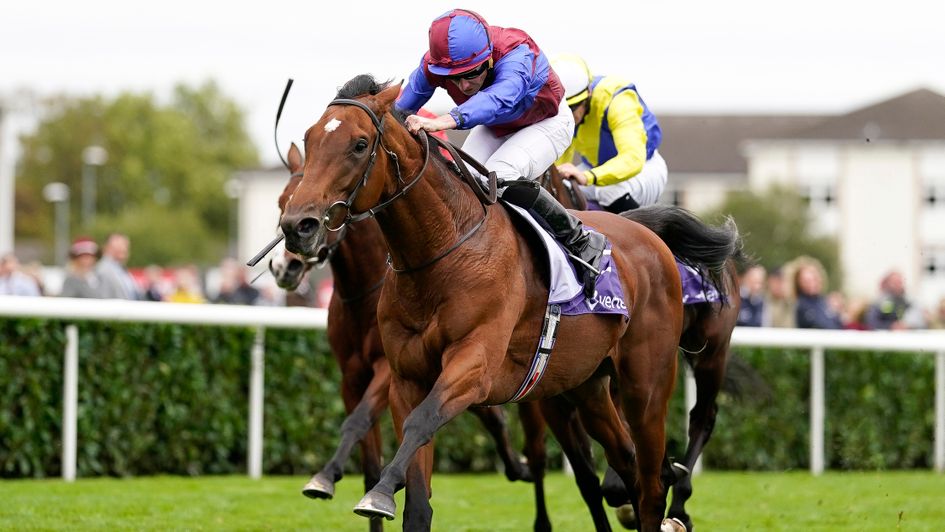 An unbeaten record, a Doncaster G1 success, a telling turn of foot and a proud, upright way of galloping. The comparisons between father and son are striking but can Luxembourg emulate his sire a decade on from Camelot’s Guineas and Derby successes?

Luxembourg’s awkward head carriage worried me going into the Vertem Futurity and, although he won decisively after quickening well, I’m not quite so convinced as some that he had bundles in hand.

Magna Grecia and Saxon Warrior also used the Donny race as a springboard to Guineas success for Aidan, who reacted to Luxembourg’s G1 win by saying “what he’s able to do over four furlongs at home says he probably wouldn’t have any problems starting in the Guineas.”

Camelot was operating at his bare minimum distance when he came to Newmarket in 2012 but he only scrambled home in a Guineas that lacked depth before bolting up over an extra half mile in the Derby.

Luxembourg has clearly done enough to warrant a prominent place in the market for this year’s race. But this Guineas doesn’t look to lack depth. And I wonder whether the son might find things a little bit tougher than the father as a result.

Could there be a leading Derby colt on show? 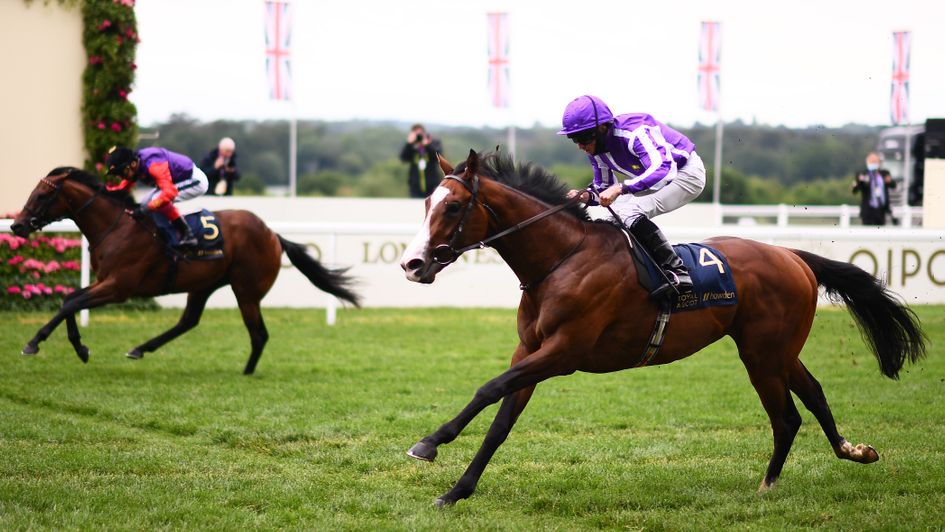 History shows the Derby winner has used the Guineas as a springboard six times since 2006, with Sea The Stars and Camelot winning both races and Sir Percy, New Approach, Australia and Masar finishing placed at Newmarket before shining at Epsom.

Luxembourg is currently 3/1 favourite to emulate his sire on June 4th – and middle distances should suit him – but stablemate POINT LONSDALE has plenty to recommend him as a Derby contender, too.

His sire Australia finished third to Night of Thunder and Kingman in the 2014 Guineas before beating Kingston Hill in the Derby and Point Lonsdale – a full brother to the Epsom fourth Broome – enjoyed a fine first season with the promise of better to come.

True, that season ended in defeat as Native Trail charged clear in the National Stakes but Point Lonsdale went into that race as 8-13 favourite after winning four from four including a defeat of the Queen’s big Epsom hope Reach For The Moon in Royal Ascot’s Chesham Stakes and two emphatic Group-race wins at Leopardstown and the Curragh.

The National looked a classic case of a speed horse beating a stayer and Point Lonsdale will relish middle distances this year. It’s hard to revisit the Curragh replay and be confident that he can beat Native Trail in a Guineas. But it’s easy to think he can show up boldly enough to make the current 10-1 Derby quote look very fair by teatime on Saturday.

Does Perfect have the Power to see out a testing mile?

It’s rare to see the Guineas fall to a colt who lines up with notable stamina doubts and most analysts have this colt pencilled in for what we might call the Garswood role, going off at about 12-1 for the Fahey barn and failing to make a splash before winning good races back over six or seven furlongs.

Perfect Power lines up with the same BHA rating (115) as Garswood did when seventh to Dawn Approach in 2015 but he’s accomplished much more than that colt at the same stage of his career with four Group wins (it would have been five bar a torrid run at Goodwood) including a Morny, a Middle Park and a Greenham.

That cosy Greenham win, gained in a fast time in a well-run race against two rivals (Angel Bleu and Lusail) who lined up with two G1 scores and three G2 wins between them, confirmed that Perfect Power has trained on well and retained his ability to travel strongly and settle matters in thoroughly professional manner.

So it’s time to cut to the chase. On balance, I do have reservations as to whether a son of five-furlong specialist Ardad will see out Newmarket’s testing mile well enough to beat the very best. But the race is all the richer for his presence. And anyone who lays him at double figure odds could be facing squeaky bum time as they come out of the Dip on Saturday.

Any longshots with shock potential? 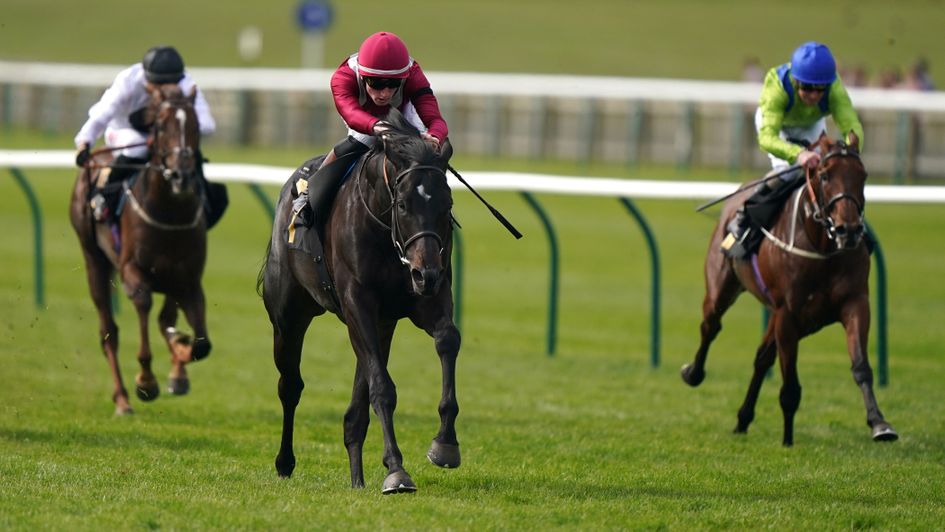 The Guineas has thrown up more surprises than you might expect over the last decade, with Poetic Flare, Kameko, Galileo Gold and Night of Thunder winning at 16 10, 14 and 40/1 and King of Change, Tip Two Win, Ribchester and Glory Awaits placed at 66, 50, 33 and 150/1.

This year’s longshots include a mixture of smart horses who have their work cut out to reverse 2021 form with the leading market players and a couple of interesting improvers who will be in far deeper than ever before.

Dubawi Legend and Bayside Boy figure prominently among the former group after their placed efforts behind Native Trail and Luxembourg, while Checkandchallenge and Eydon represent the new shooters after impressive reappearance wins.

Checkandchallenge impressed time buffs on his Wolverhampton debut and duly took a big step forward in a Newcastle Listed race, while EYDON had paddock spies purring before the Feilden Stakes and produced a performance to match by bolting up.

Roger Varian’s strapping colt won’t have the luxury of gliding through sedate early sectionals this weekend but he dipped under 11secs for the two furlongs into and out of the Dip and if there’s a live one lurking at 25/1 or bigger this year it might just be him.