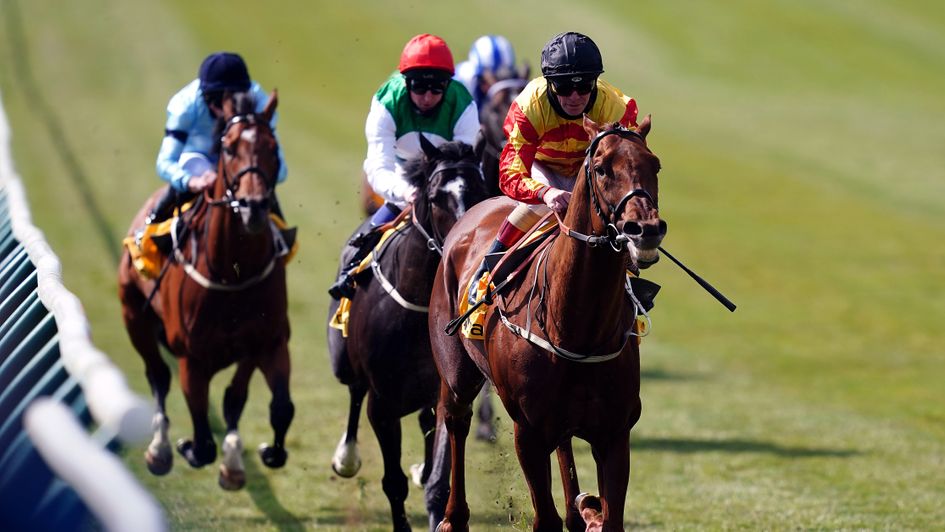 The entries are through for day one of the Qatar Goodwood Festival with Sir Ron Priestley supplemented into the Al Shaqab Goodwood Cup.

Coventry Stakes winner Berkshire Shadow is set to clash with July Stakes victor Lusail in the Unibet Vintage Stakes at Goodwood on Tuesday.

The former is defending an unbeaten record and stepping up to seven furlongs for the first time at the Qatar Goodwood Festival, while Lusail is already a winner at the trip. Eldrickjones, second to Berkshire Shadow at Ascot and fifth behind Lusail at Newmarket, is set to reoppose.

New Science disappointed for Godolphin in the Chesham but could return to action while Aidan O'Brien has entered both The Acropolis and The Entertainer.

Charlie Appleby's charge went on to win the Group One Prix Maurice de Gheest last term and is set to make his domestic reappearance on Tuesday. He could be joined in the field by stablemates Creative Force, winner of the Jersey Stakes and fifth in the July Cup, and Glorious Journey.

Classic trial winners Chindit and Sacred are among the three-year-olds in the frame for the Group Two contest while Duke Of Hazzard, Escobar and Safe Voyage, second, third and fourth in 2020, all stand their ground.

Mark Johnston’s Sir Ron Priestley is set to clash with Stradivarus in Tuesday's Al Shaqab Goodwood Cup after being supplemented for the race.

The five-year-old bounced back from two successive losses to win the Princess Of Wales's Stakes at Newmarket and will now be one of two Mark Johnston runners alongside Nayef Road.

Sir Ron Priestley was defeated in the Yorkshire Cup by Andrew Balding’s Spanish Mission and the two are likely to meet again.

Spanish Mission followed up his Knavesmire victory with a third-placed run in the Gold Cup at Royal Ascot, a performance that saw him finish ahead of several Goodwood Cup rivals including Stradivarius, who is bidding to win the Group One feature for a remarkable fifth time.

Others to be entered from the Ascot race are the Aidan O’Brien-trained trio of Santiago, Serpentine and Amhran Na Bhfiann, who finished seventh, eighth and 11th respectively. Only the last-named has run since, triumphing in a Group Two at the Curragh by seven lengths.

O’Brien has two further entrants in the race, with King Of The Castle also engaged alongside Passion, who was third behind Amhran Na Bhfiann in the Curragh Cup.