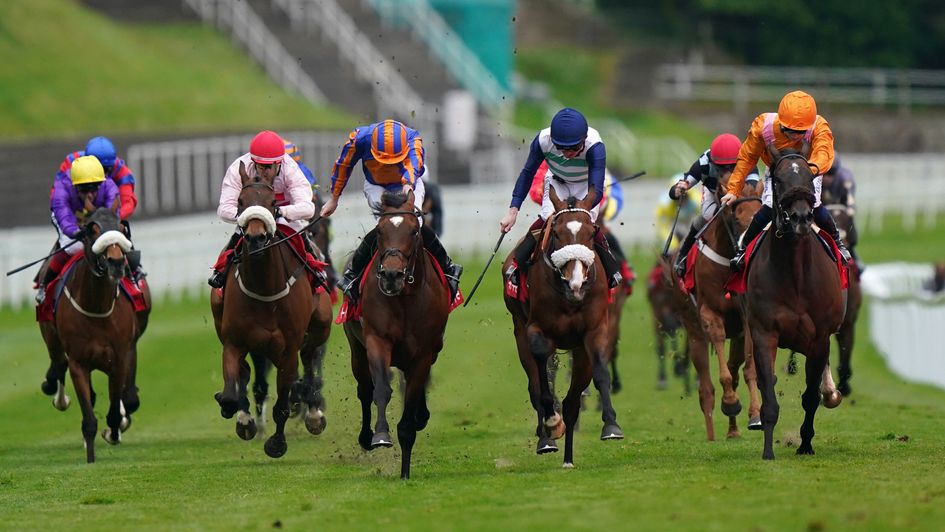 Chris Day looks ahead to the weekend action and has three bets across Newmarket and Newcastle, including one in the Northumberland Plate.

The big question when looking at Saturday’s Northumberland Plate is whether Alan King will allow Trueshan to run under his massive weight.

I’m expecting the best stayer around to be given his chance as, although beaten off a lower mark last year, it set him up for a massive second half of the season and he surely needs to run having been primed for Royal Ascot.

Assuming he does turn up, some highly rated horses will be carrying around the 9-stone mark, something they’d never normally get the chance to do in handicaps.

Ed Dunlop’s doughty old campaigner Red Verdon is one such horse, but he hasn’t really seemed in the form to take advantage for a while and is readily passed over as a nine-year-old with absolutely no secrets from the handicapper.

Six-year-old gelding Global Heat is a similar type having run five times at Meydan earlier this year and was tailed off in a Listed heat at Goodwood last time out.

A trainer always worth looking out for in this type of event is Andrew Balding and it’s easy to see his progressive four-year-old Spirit Catcher go well here.

The Frankel gelding had won his last three races before lining up at Chester last time and ran creditably enough when fourth to Soapy Stevens. There was enough there to think he’s still got something in hand when the cards fall in his favour.

Another of the trainer’s entries Auriferous went off just 3/1 for the Chester Cup consolation race two runs ago, although he may not have truly stayed the extra two furlongs there and was staying on over shorter at Goodwood last time out. He’s feasibly treated if he gets a decent draw at the weekend.

Balding’s main hope, though, appears to be his Melrose winner, Valley Forge, who returned to form when getting up close home at Haydock last time where he looked to have plenty to give.

As the Melrose is a race which offers automatic qualification to the Ebor to its winner, he was always going to be lightly raced and only aimed at big handicaps in the run up to York and the best guess is he’s a seriously well handicapped horse. However, I do think the mile and three-quarters at York may be his absolute optimum given how strongly he travels in his races.

Either way, he deserves to be at the head of the handicap and is my number one pick for York as things stand.

Evaluation is definitely a horse to keep on the right side of for Keith Dalgleish having completed his four-timer at Musselburgh last time out in a Class 4 and Haliphon confirmed himself on the upgrade when winning in similar grade at York after being denied by the minimum margin at Epsom on Derby day.

He also comes from a strong handicap at this trip at Ripon early in the season in which Royal Ascot winner Get Shirty was two places in front of him behind RAJINSKY. I think Hugo Palmer’s six-year-old, Rajinsky, is the one to beat here.

Clearly the Ripon handicap was strong but his subsequent third in the Chester Cup behind Cleveland and Coltrane was advertised in very strong fashion last week at Ascot.

The winner finished second to the aforementioned Get Shirty in the Copper Horse Handicap while the runner-up won the Ascot Stakes on the opening day. Rajinsky will surely take the beating here from just a 1lb higher mark.

Harry Davies rode him at Chester and I could see Palmer employ the services of an apprentice again, although Davies might be claimed by Balding for one of his entries.

Whatever happens I think he’s the one to side with here, with Spirit Mixer the danger.

The Group Three Chipchase Stakes sees William Haggas’ recent Cecil Frail winner, Sense Of Duty, attempt her four timer. Her Haydock form was certainly franked at the Royal meeting when Flotus, the horse she beat, was an excellent third to Perfect Power in the Group One Commonwealth Cup.

Group One-winning two-year-old Ebro River needs to rediscover his best form but would be tough to beat if he did so, and Glen Shiel is another top-class performer who will turn this race into a test if at his best.

I thought he was very impressive there and sprinters in form is another system that often pays dividends. I can see him being tough to pass over this stiff six furlongs having won twice on synthetic surfaces as a two-year-old at Kempton.

Down at Newmarket, Regal Reality is chalked up as favourite for the Listed Fred Archer Stakes but he’s a dubious choice stepping up to a mile and a half for the first time as a seven-year-old, despite looking like he’d appreciate it on several occasions.

The form I like is that of David Simcock’s UNIVERSAL ORDER, who was conceding 12lb to Contact at Haydock last time out when beaten one and a quarter lengths.

Contact was an unlucky third in the Duke of Edinburgh last time out off a 6lb higher mark and there were some well-treated rivals behind at Haydock, so I’m more than happy to give him the chance to repeat his success of last year in this race.